Last week, we noted that Apple was preparing to open its first retail stores in Sweden, with a store in the Täby Centrum shopping mall outside of Stockholm being rumored to be the first to open with a September 15 debut. 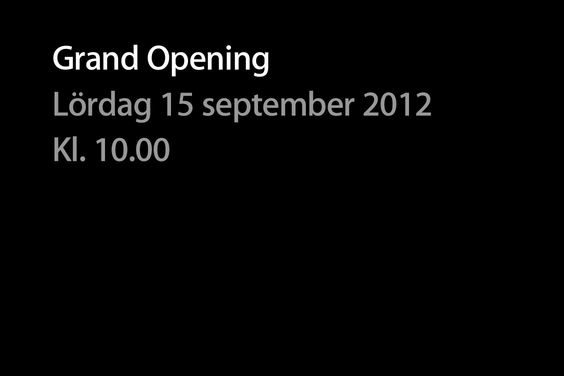 Apple has now officially confirmed that opening date by posting a dedicated page for the store advertising the 10:00 AM opening on Saturday, September 15. Sweden will become the 14th country to host at least one Apple retail store, with the company counting China and Hong Kong as separate markets. 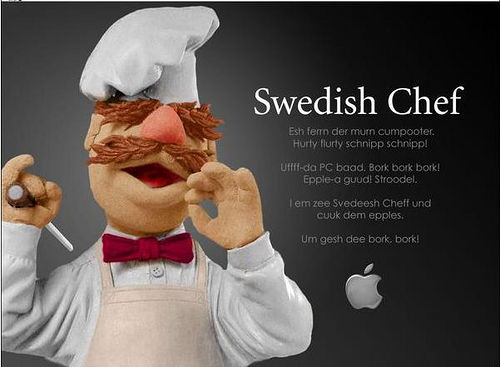 Just had an email confirming that a new store is opening just outside London on 15th September also. Those in the UK may know the Harlequin centre in Watford?

Surely the 15th would be too early for a co-ordinated iPhone 5 launch?

Got the Apple marketing email an hour ago about the new store to open in Täby (Stockholm) on the 15th. Wonder if the Mac Forum store in Gothenburg (Official Apple retail distributors in the absence of offical Apple stores) will eventually get bought out and made into Apple stores. They've got a ready made work force, and are themed after Apple stores already...

Wonder if they'll use IKEA furniture

Nah, being so stylish would steal all the thunder from the iGadgets. Sorry.

ScottishDuck said:
Gosh I wonder if they would have something new to launch that would make that opening extra special
Click to expand...

felixkry said:
Do Apple traditionally have any special deals on store openings that would warrant a trip up to my nations capital this weekend?
Click to expand...

Apple never have any special deals

Sitting in line at the Grand Opening of Sweden's first Apple Store. There is a small line of approximately 150 people at this point, just over an hour from opening of the doors. The store is filled with blu-shirted Apple Geniuses who appear just as curious about the crowd as we are about the store.

From the talk in the crowd, most people are only planning to purchase small accessories such as cables and adapters in preparation for the iPhone 5 release next month. One poor soul mentioned buying a 4S and was readily convinced by the others around her to wait for the iPhone 5. Will post pics of the t-shirt once I get it in 56 minutes.

Edit: Added a pic of the t-shirt given at the event. Pretty plain and boring in comparison with the Barcelona t-shirt.

Nice, for those living in Sweden!
About time Apple expanded into Scandinavia as well, and lets hope they cross the boarder into Norway soon...
L

hi,
great news. thanks for inform . when confirm the second store ?
E

It must be the hottest topic in the world now.

mac13 said:
I get to know about this here only. Nice.
Click to expand...

Well, if you don't watch TV, read newspapers or visit news websites, how do you expect to keep up to date with local happenings?
The store was decently covered by media.
You must log in or register to reply here.
Share:
Facebook Twitter Reddit Email Share Link
Register on MacRumors! This sidebar will go away, and you'll see fewer ads.
Sign Up
Top Bottom