Apple considered purchasing medical clinic startup Crossover Health as part of its push into healthcare, reports CNBC. Apple is said to have participated talks with the healthcare company up until recently, but after months of discussion, no deal materialized.

According to its website, Crossover Health works with major companies to provide employees with on-site medical clinics. Some of its existing customers include Facebook, Microsoft, LinkedIn, Square, and Apple, with many of these companies offering on-campus medical care. 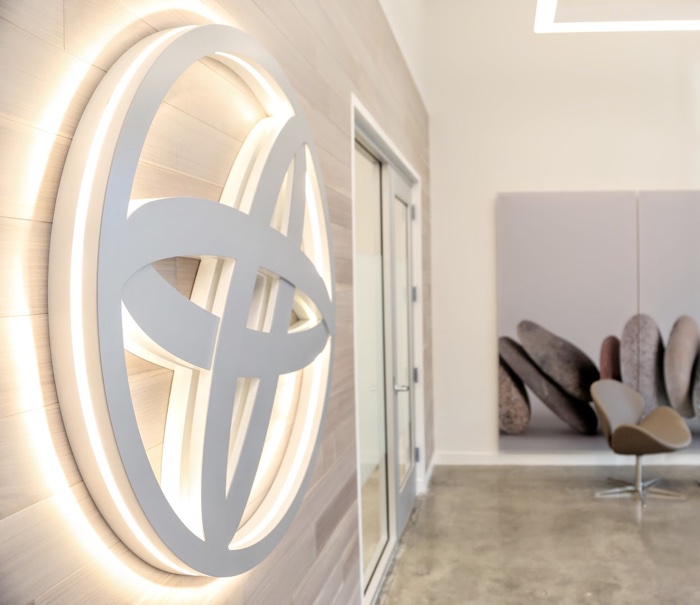 Citing three sources with knowledge of the talks, CNBC says it's not clear why no acquisition ultimately happened between the two companies. Apple also talked to One Medical, another startup that offers patient clinics in several different cities.

Whether Apple would use such a startup to develop public-facing actual medical clinics or use existing facilities to sell products and gather data is not known.

The discussions about expanding into primary care have been happening inside Apple's health team for more than a year, one of the people said. It is not yet clear whether Apple would build out its own network of primary care clinics, in a similar manner to its highly successful retail stores, or simply partner with existing players.
Click to expand...

Apple is said to be aiming to make the iPhone a "one-stop shop" for medical info, offering a centralized way to store all of a person's health data.

In the past, Apple CEO Tim Cook has said that health is an area that interests Apple because it's where hardware, software, and services can come together into "something that's magical." "We believe that health is something that is a huge problem in the world," said Cook in 2016. "We think it is ripe for simplicity and sort of a new view, and we'd like to contribute to that."

Good gosh, enough with the “magical” nonsense. Is that the only adjective TC knows?
Reactions: ilovemykid3302012

robjulo said:
Good gosh, enough with the “magical” nonsense. Is that the only adjective TC knows?
Click to expand...

It could be worse. He could be using the word "amazing" 500 times week. Or "delicious", or "super".
Reactions: riverfreak

They just took over my company's health center in NYC! It's been a huge improvement.
Reactions: riverfreak

OK this is so outside their area of expertise it's not even funny. Whatever happened Steve's idea of focusing on core competence.

Wish they would concentrate more on IOS bugs before venturing into health care.

Healthcare is increasingly going to become a technology industry. We're quickly heading towards a near future where our wearable personal assistants (i.e. Apple Watch) will be able to act like a Tricorder and diagnose health problems before they show symptoms. From there, it's not much of a leap for a computer to present the solution which could involve personalized medication shipped to your home.

This is what Apple in the Tim Cook era has been getting very right. Tim's bet on health is already paying off but once the scenario I outlined above arrives, Apple is going to be so far ahead of the competition that it'll take them half a decade to catch up.
Last edited: Oct 16, 2017
Reactions: Solomani, diego, repoman016 and 6 others
M

Siri is the doctor and your insurance won’t cover any of the services.
Reactions: needfx

So on the one end you have Apple spending billions to produce TV content on the other they’re looking to buy health clinics? Tim Cook is turning Apple into GE. What the heck does Apple know about running health clinics?

Healthcare is a huge market with huge profits. I bet Apple will look for another way to break into this market. The fact, the Cook has been running around the campus with non-invasive glucose monitor paired to an Apple Watch say volumes. Supposedly they have 30 PhDs on staff working on this project. With 10% of the US population, and even higher rates in China and elsewhere in Asia, diabetes treatment and monitoring is a huge market.

Is spend some of my time looking into Machine Learning and AI issues in this area.
W

Well not interested much computer hardware? Apple barely makes computers anymore. Seen their new store design? They have 2 iMacs, 6 laptops and monitor. More space dedicated to iPhone cases then hardware. Don't seem to be handling core business very well but maybe Apple thinks they are by putting the amount of effort they want too.

Some of their retail locations are so sterile looking that they could probably use them as procedure rooms.

A Swiss Army knife does many things. But it does nothing very well.

Apple is becoming Microsoft in front of our eyes.

Rogifan said:
So on the one end you have Apple spending billions to produce TV content on the other they’re looking to buy health clinics? Tim Cook is turning Apple into GE. What the heck does Apple know about running health clinics?
Click to expand...

What the heck did Apple Computer know about the music industry?
Reactions: chucker23n1 and Little dude
C

Incredible how much power Tim Cook has over MR posters, getting people worked up over nothing. Now that's truly amazing, even magical.
Reactions: diego, MaximizedAction, Little dude and 1 other person

The problem that you have is of perspective. Everything is a computer (if it's not yet, it will be soon). Computers have long outgrown just being beige boxes that we have on our desks next to a monitor.
Reactions: Little dude

ipedro said:
What the heck did Apple Computer know about the music industry?
Click to expand...

"I'm here for my flu shot and my iPhone screen needs to be replaced."
Reactions: ipedro
T

Something to do with heath or health app" is my only comment.

The health industry is far too bureaucratic, politicized and unnecessarily complex. Leave it to Apple to become the company that finds a way to simplify it and get it to serve its purpose more efficiently.

Correct. This is not something new, by the way.


ipedro said:
We're quickly heading towards a near future where our wearable personal assistants (i.e. Apple Watch) will be able to act like a Tricorder and diagnose health problems before they show symptoms.
Click to expand...

Total BS. You just showed that you have no idea what you are talking about.


ipedro said:
Apple is going to be so far ahead of the competition that it'll take them half a decade to catch up.
Click to expand...

In a century, when what you described happens, Apple may not even exist...

Sorry, nothing personal, but this is my field of work, and the really is way more complex that it looks like.
Reactions: ilovemykid3302012

calzon65 said:
OK this is so outside their area of expertise it's not even funny. Whatever happened Steve's idea of focusing on core competence.

Wish they would concentrate more on IOS bugs before venturing into health care.
Click to expand...

Tim Cook realizes that Apple has to diversify its portfolio of products and services to remain relevant, longevity and profitability to its shareholders and customers.

The iPhone is only going to be a profitable one trick pony for so long before demand levels off and eventually declines. It’s part of a products life cycle.

There are signs that demand for the iPhone has reached the plateau stage, hence we have the price increase with the iPhone X, 8, 7 to maintain profit margins. Raising prices is a risky gamble as the market decides what is acceptable, remember the original iPhone which was introduced with 4GB of storage only to be dropped months later and a price drop to follow.

With the price increase of the X, there will be some market demand as it’s a shiny new product similar to when the screen size was introduced with the 6 and 6+. Only to follow with declining sales as the initial demand for a large screen was met. This is a redux of the 6 intro where bezel-less is the new fad.

I see nothing wrong with this news, you don’t believe the new Apple Campus is just to develop iOS and Mac hardware and software do you
[doublepost=1508203296][/doublepost]

mj1108 said:
"I'm here for my flu shot and my iPhone screen needs to be replaced."
Click to expand...

Unless you are an infant, pregnant, an elderly person or severely ill, you are wasting your time with that flu shot. You have a capable immune system that has a specific job to do. If you fall ill relatively ease you need to seek medical assistance for what is the underlying cause. Drug resistant bacteria and viruses is one of the biggest threats facing humans and animals.