Apple today announced it is launching a new 9.7-inch iPad equipped with an A9 chip and a brighter Retina display to replace the iPad Air 2, which has been discontinued. The tablet, which Apple is simply calling "iPad," is Apple's new entry-level model at the 9.7-inch size, starting at $329 for 32GB and $429 for 128GB. 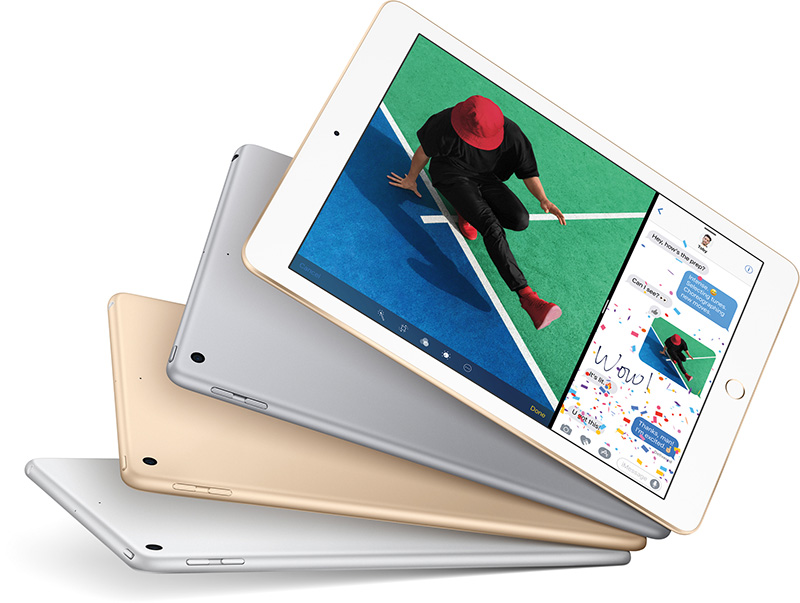 The new 9.7-inch iPad is similar in many ways to the iPad Air 2, which had an A8X chip and started at $399, but slightly thicker and heavier with a faster A9 chip and a brighter Retina display. Another difference is that the new 9.7-inch iPad does not have a fully laminated display or anti-reflective coating per its tech specs.

"iPad is the world's most popular tablet. Customers love the large, 9.7-inch display for everything from watching TV and movies, to surfing the web, making FaceTime calls, and enjoying photos, and now it is even more affordable," said Philip Schiller, Apple's senior vice president of Worldwide Marketing. "New customers and anyone looking to upgrade will love this new iPad for use at home, in school, and for work, with its gorgeous Retina display, our powerful A9 chip, and access to the more than 1.3 million apps designed specifically for it."
Click to expand...

The new 9.7-inch iPad is available to order beginning Friday, March 24 from Apple.com, and starts delivering to customers and arriving next week in Apple Stores, through select carriers, and at Apple Authorized Resellers in the United States and more than 20 countries and regions.

Namely, the March 24 launch will also include Australia, Canada, China, France, Germany, Hong Kong, Italy, Japan, Netherlands, Spain, Sweden, Switzerland, and the United Kingdom. Denmark, India, Mexico, Norway, Russia, Turkey, and other countries will follow in April. Brazil and Taiwan, among others, will follow in May.

What?? That's it?
Reactions: Salaryman Ryan, Hank Carter, secretbum and 69 others
Comment
D

This looks an incredible deal for those looking to buy into iPad. Investors will be delighted.
Reactions: ILikeAllOS, 341328, jgelin and 30 others
Comment

Still ridiculous that the cellular option costs more than $100.

EDIT: Otherwise I do think this is a good release considering the price point.
Last edited: Mar 21, 2017
Reactions: mantan, etios, bomberal123 and 11 others
Comment

Is it April fools?
Reactions: Hank Carter, dilbert99, amegicfox and 45 others
Comment

But why take down the store for 8 hours?
Reactions: DaHarder, AleRod, mburkhard and 34 others
Comment

So there is 1 "new model" i.e. the beginning of the end for the 9.7" iPad which will be replaced in April with the 10.5" iPad.
Reactions: jimthing, designer1221 and one more
Comment
X

So lower the price, get rid of the stock, and then release a new product.
Reactions: nekonokami, SeattleMoose and scapegoat81
Comment

So they renamed iPad to iPad Air and then renamed iPad Air back to iPad. That is so innovative!
Reactions: musukosan, Salaryman Ryan, mantan and 121 others
Comment

And why would someone buy the 9.7 iPad Pro at $599?
Reactions: Salaryman Ryan, raythepa, HellToupee and 25 others
Comment 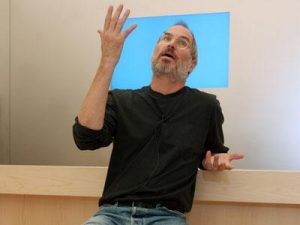 Another iPad to the already messy, fragmented, unnecessarily long line up of iPads to saturate the already saturated mobile market while continuing to leave the demand of Macs behind..

I'd love to say we're losing faith Tim, but that was so long ago now.
Last edited: Mar 21, 2017
Reactions: musukosan, tubular, Salaryman Ryan and 97 others
Comment
C

Nothing to see here..
Reactions: Hank Carter, amegicfox, Demo Kit and 17 others
Comment

Basically an Air 2 with updated SOC and lower pricing. Looks like the Pro page still has a pending update.
Reactions: Roar7 and nekonokami
Comment

This is weird. It's back to 7.5mm like original iPad Air.
Reactions: clunkmess, amegicfox, DaHarder and 18 others
Comment

The mini is now more expensive than the Air?
Reactions: mantan, potentmf, dilbert99 and 29 others
Comment

There also is a special edition iPhone 7. A college send the picture, I can't reach apple.com atm
Comment

So this cheap iPad and a red iPhone7 and that's all, right?
Reactions: nekonokami, centauratlas, Aldaris and 2 others
Comment

AAPL up in premarket. The infinite pipeline has everyone excited.
Reactions: Demo Kit, 69650, d656 and 4 others
Comment
D

Not sure at 100% but is possible that the next 10.5 version will have an OLED screen.
Reactions: MrUNIMOG
Comment