According to the app's release notes, audio quality has been improved when playing videos at rates other than 1x, and there are improvements to link sharing. Apple says there are also "various enhancements and bug fixes." 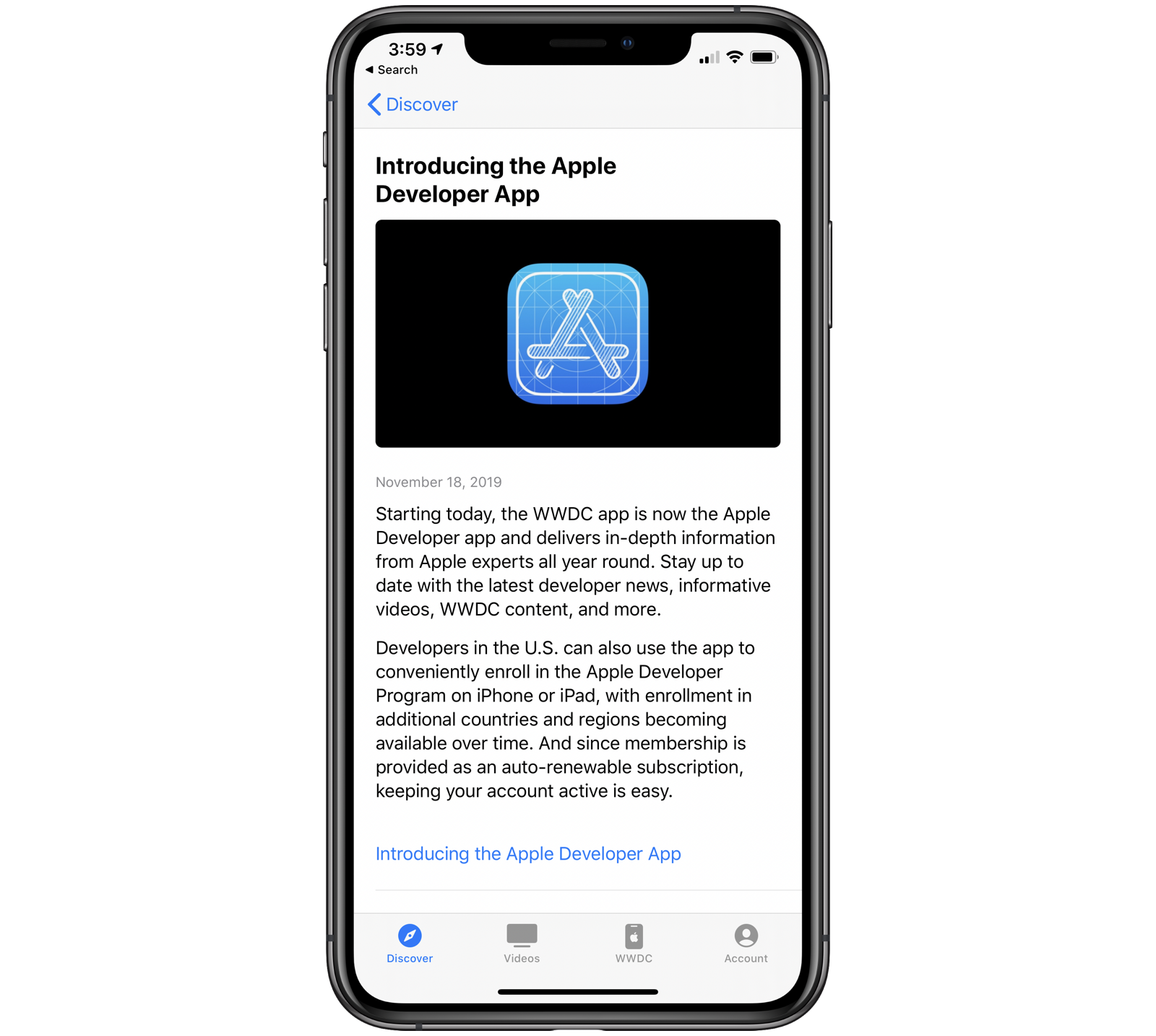 The Apple Developer app can be downloaded from the App Store for free. [Direct Link]

I wish someone at Apple would actually look at the Developer program signup process.

I've been trying to enroll for the last 3 weeks. The Apple developer forum has hundreds messages from people with the same problem. There are a few tips but nothing that works. In a normal signup process, you would be shown the offending field and given a chance to correct it. The Apple Developer program enrollment is one-shot and done. If you don't succeed on the first try, Apple doesn't want you.

There have been other errors while attempting the signup with different credit cards, Email accounts, etc such as "Unknown Error / Please try again". The iTunes account of the first one is actively used for purchases.

Contacting tech support was a useless exercise since they have no more information other than the original error message. Their analysis: "For one or more reasons, your enrollment in the Apple Developer Program could not be completed. We are unable to continue with your enrollment at this time"

I realize that no one from Apple reads this forum and this is just venting frustration. The back story: I needed some app functionality, and developed it in Android. However my primary phone is an iPhone, so why not develop the IOS version? However now, I'm being forced to think differently - including moving all to a single Android as primary and dumping the iPhones. With 2.2 million apps the the Apple App store, Apple really doesn't care and won't miss me.

I don't recall such a clumsy signup process from anything in years, and it's very un-Apple-like. They've spent centuries worth of labor on each pixel and square inch of devices but they can't even run a simple signup process.
You must log in or register to reply here.
Share:
Facebook Twitter Reddit Email Share Link
Register on MacRumors! This sidebar will go away, and you'll see fewer ads.
Sign Up
Top Bottom