Apple Engineers to Discuss AR/VR, Display Technology at Display Week in May

Apple engineers are slated to join in on several discussions covering display technology and augmented/virtual reality at Display Week, which is set to take place at the Los Angeles Convention Center from May 22 to May 25. 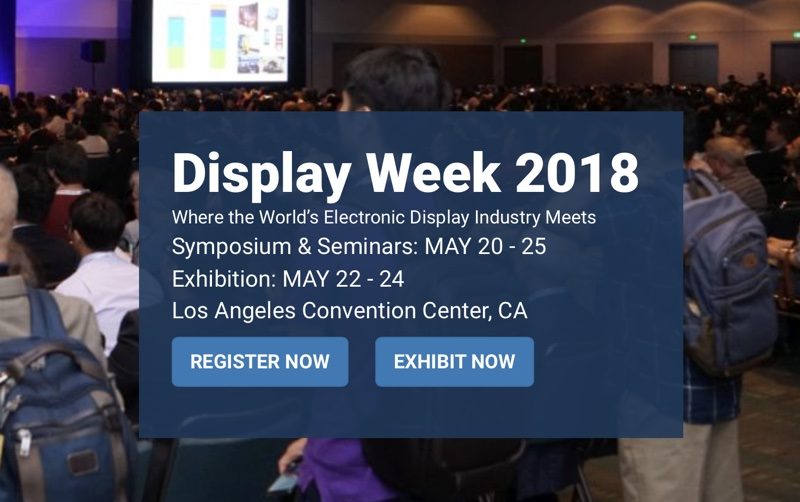 Engineers from Apple will also chair and co-chair a range of discussion sessions, outlined below:

Apple has always been a notoriously secretive company, but over the course of the last several years, Apple has been loosening restrictions and allowing its engineers and researchers to publish papers and share their work in an effort to contribute to the research community. This decision also allows Apple to continue to attract top employees who might not otherwise join the company without being able to share their research.

The Display Week event is designed for and limited to professionals who are part of the display industry. It is hosted by the Society for Information Display and will be attended by many of the world's most prominent technology companies.

I'm still waiting for a good 27-32" 4K IPS display with HDR and decent response time for gaming (for my PS4) and USB-C input (for my MBP). The current offerings aren't real HDR and have rather meh response times in practice vs what is advertised.
Comment
L