Apple will add 11-inch and 13-inch MacBook Air models released in Mid 2012 to its vintage and obsolete products list on August 31, according to an internal document distributed to Apple Stores and Apple Authorized Service Providers and obtained by MacRumors from a reliable source. 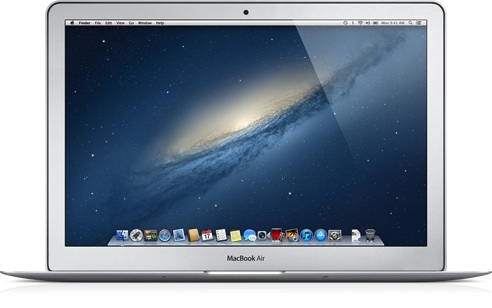 Normally, this would mean the 2012 MacBook Air is no longer eligible for hardware service, except where required by law. However, Apple has decided to include the notebook in its recently launched pilot program that allows for repairs to continue into the vintage period, subject to parts availability.

Apple says 2012 MacBook Air models will remain eligible for service at Apple Stores and Apple Authorized Service Providers worldwide through August 31, 2020, a full two years after the notebook is classified as vintage. Mail-in service will also be an option in the United States and Japan through that date.

Apple launched this pilot program in February, starting with 21.5-inch and 27-inch iMac models released in Mid 2011, but only in the United States and Turkey, so this marks the first time the initiative has expanded worldwide.

The coverage period for the Mid 2011 iMac models was initially set to expire August 31, 2018, but Apple has extended it to January 1, 2019, according to internal documents. However, unlike the 2012 MacBook Air, service for the Mid 2011 iMac remains available in the United States and Turkey only.

Apple's pilot program chart reproduced by MacRumors​
If parts are unavailable for a specific repair for these vintage Macs, Apple Stores and Apple Authorized Service Providers are instructed to decline service. This is also a pilot program to begin with, so it is subject to change or end at any time.

Apple products become vintage five years after they are last manufactured, at which point they typically become ineligible for hardware service. 2012 MacBook Air models were last sold in June 2013, slightly over five years ago, but they'll now receive an impressive eight years of repair support.

The exact reason for the pilot program is unclear, beyond Apple apparently having a surplus of repair parts for these specific MacBook Air and iMac models. Any extension of hardware service eligibility is certainly a bonus for customers.

Good move. In the era where real world incremental improvements in usability are declining, it makes sense to keep the customer happy. This is much like Apple's support of legacy hardware with software updates. You do what you can to keep the customer's equipment up to date and thus give the customer value for the products you sell. Sure, not all features can be supported by new OS updates, but those that can are updated.
Reactions: martyjmclean, drumcat, raulbasurco and 7 others
F

Maybe because it's basically the same as the Air they're still selling
Reactions: geromi912, CarpalMac, martyjmclean and 24 others
M

When something that old breaks, I could imagine the challenge to somebody trying to repair it is figuring out what exactly is broken and what still works.
Too often, there will be multiple hardware malfunctions at the same time, or in very fast succession.

I think the amount and length of service eligibility of macs should increase proportionately with the lack of user-upgradeability/repairability. That should be the quid pro quo. In the UK these things are a lot of quid!
Reactions: martyjmclean, jimthing, GrumpyMom and 3 others

I should offer my own service for pre-2012 17” MacBook pros, I’ve repaired so many of those. Of course in those days they were made to be repaired, so it’s a cinch.

Just think of what keeping your 17” running would be worth in the UK. I’d have so many squids.
Last edited: Aug 29, 2018
Reactions: Menneisyys2, zzu, qawes and 1 other person
K

Surely if they want to keep fixing them, don’t add them to the vintage products list.

Then the vintage/obsolete status has some relevance.

Now we’ll have vintage/obsolete meaning not repairable at an Apple store except for these specific models.
Reactions: jimthing, Falhófnir and Yvan256
D

I hope this catches on to other machines too. My G3 tower might get some love, then.
Reactions: FasterQuieter

Wow. Only in the tech world is something 6 years old considered vintage. I guess that makes my 2009 imac ancient!
Reactions: tropos, LCC0256, martyjmclean and 3 others

This is rather apropos to the "right to repair" movement, for which Apple has been a strong opponent. If Apple Stores and Apple Authorized Repair Shops are not allowed to repair a product, Apple (and other manufacturers) should provide parts (if available) and schematics for the "vintage" products to be repaired by independent repair shops, or the individual owner. If a product is so dated as to be declared un-repairable and non-supported, why should the company care about releasing schematics and/or part information? Even if they no longer have parts in stock, let the owner or repair technician figure out how to find parts that will work.

To make such information unavailable lends to the argument that planned obsolescence is in force.
Last edited: Aug 29, 2018
Reactions: jimthing, alvindarkness, killr_b and 6 others
J

Greenmeenie said:
Wow. Only in the tech world is something 6 years old considered vintage. I guess that makes my 2009 imac ancient!
Click to expand...

I know!!! I was all excited until I realized they weren't talking about something like a classic Macintosh Plus.
Reactions: Snapping_Plastic and zzu

KrisLord said:
Surely if they want to keep fixing them, don’t add them to the vintage products list.

Then the vintage/obsolete status has some relevance.

Now we’ll have vintage/obsolete meaning not repairable at an Apple store except for these specific models.
Click to expand...

I think I need to accept signs of time. First no Mojave support, now this. RIP my beloved and still running snappy 2010 MacBook Air.
Reactions: curtvaughan

My non retina 2012 13” wouldn’t boot up anymore, completely out of random. I highly doubt that ssd has failed. Read somewhere that usually for these models it’s the SATA cable that’s at fault? I have not opened the Mac recently, just when I upgraded the ram and ssd which was years ago, does anyone know if Apple will help with 6 years old device and sadly out of Apple Care too.

Gods if I lose the month long non back up work files and some photos, I’m so dead.
Reactions: GrumpyMom

Hard to believe my good buddy 2012 air is 8 years old. Helped launch my app company and while it hasn’t been my main computer for years it’s still running strong. Hoping I get another 2 years out of it and they don’t stop allowing for os and Xcode updates on it.
Reactions: GrumpyMom

“Normally, this would mean the 2012 MacBook Air is no longer eligible for hardware service, except where required by law”
Compelling decision for a Board that considers itself above that law.
Hopefully they can afford it.

Despite the soldered RAM, the Macbook Airs are actually very repairable. The battery isn't glued and very easy to replace. The trackpad is easily accessible and replaceable also. Both are common failure points on an old MBA. The screen is also easy to remove. The power board (also with the USB port on that side) is seperate from the main logic board. None of it is super layered. It's actually pretty modular inside.
Reactions: pmore, thewap, PowerMac G4 MDD and 4 others

They still need to service the now vintage 15 inch MacBook Pro 2011 with the bad ATI video card. I have one sitting for two years!!
Reactions: sracer, JosephAW, martyjmclean and 4 others
L

This is STILL needed for 2011 17” MBPs that never had their GPU issues fixed, even after THREE logic board swaps: at Apple’s cost!!!

The fact that Apple is doing this shows that they realize how important the MacBook Air is. Now what Apple needs to do is release an update to the MacBook Air line to encourage people using these vintage machines to upgrade.
Reactions: Falhófnir, Yvan256 and Blackstick

Why is the 2011 iMac only for the U.S. and Turkey?? I bought my Mac from the U.S. online store and had it shipped to Canada so should that count? I’ve got a giant boat anchor thanks to a dead graphics card.
Reactions: martyjmclean

This machine will never die...
Reactions: travelsheep
U

They must have a ton of parts left over for this to happen. It also implies that these models are more reliable than expected.
Reactions: martyjmclean and Blackstick

dazzer21-2 said:
I hope this catches on to other machines too. My G3 tower might get some love, then.
Click to expand...

An extra 2 years of support is not an extra 12, though.

Isn't Apple basically selling the 2012 MacBook Air? LOL. That's probably why there are so many parts still lying around. I imagine whatever is shipping today isn't too much different from the 2012 model.
Reactions: martyjmclean, filmbuff, travelsheep and 3 others
You must log in or register to reply here.
Share:
Facebook Twitter Reddit Email Share Link
Register on MacRumors! This sidebar will go away, and you'll see fewer ads.
Sign Up
Top Bottom