As the 2016-2017 NBA season comes to an end, Apple today highlighted artwork created by Robert Generette III, aka Rob Zilla, an artist who uses an iPad Pro and an Apple Pencil to draw "bright, arresting sports imagery." 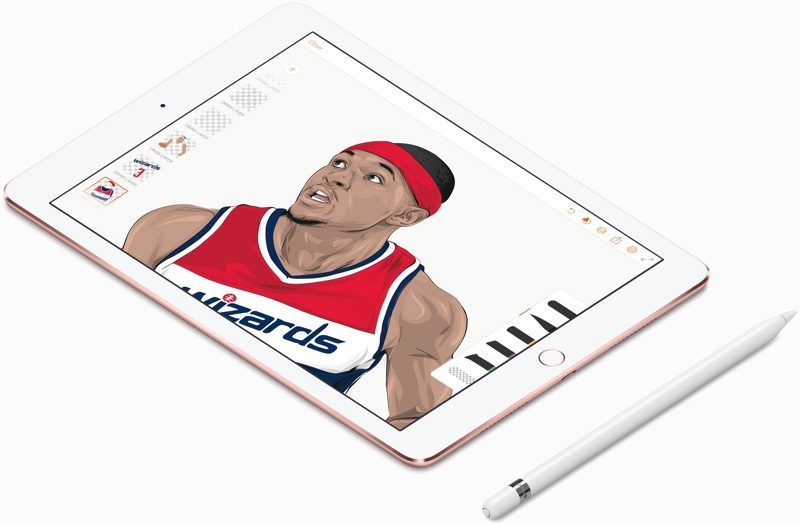 Along with an Apple Pencil and an iPad Pro, Rob Zilla uses Adobe Illustrator Draw to make his creations. The sketch displayed by Apple is an exclusive illustration of Kevin Durant, with a GIF included to show the artist's process.

As part of Warriors Fan Night at the season finale in Oakland, the Golden State Warriors will feature an array of Rob Zilla's illustrations of warriors players, legends, coaches, and fans. He'll also be recognized at half time, and has been commissioned by the Washington Wizards to create player portraits and murals.

The iPad Pro and Apple Pencil are great for drawing! I use mine all the time
Comment

It's good art still, though. Shows off the iPad well.
Comment

There's a built in racially insensitive joke about certain people all looking the same, but I know that wasn't Juli's intent. Most likely basketball isn't in her wheelhouse. Just as an FYI, here's the referenced drawing of Kevin Durant. 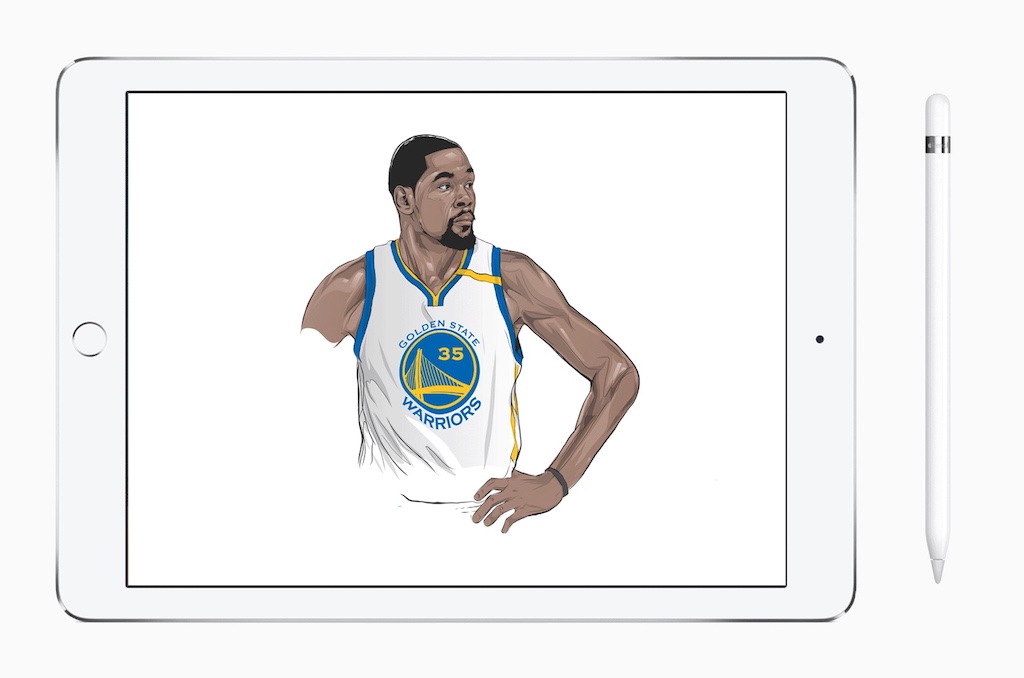 Is that Beal on the front? Go Wiz!
Comment

diipii said:
These are "drawings" of photos.
Click to expand...