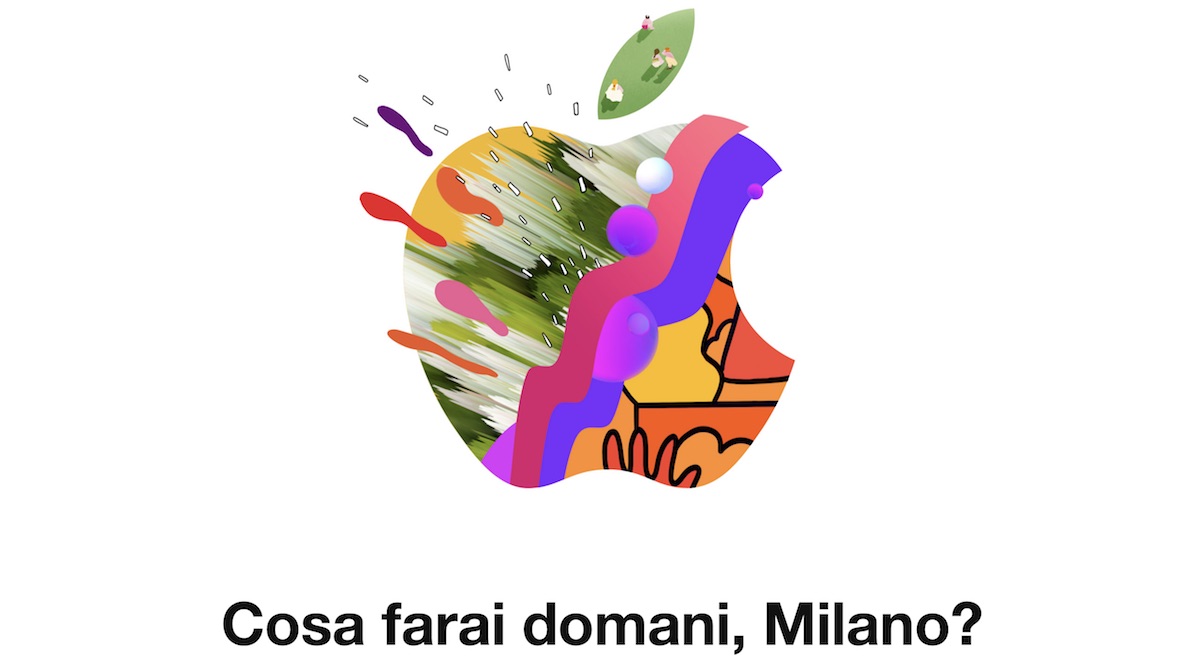 Apple Piazza Liberty in Milan will see a grand opening on Thursday, July 26, and in celebration Apple has put together a collection of colorful pieces of art and photographs created by twenty Italian artists and designers.

On a new webpage on Apple.com, the company highlights the artists and the Apple products they used to create their works. These include product designer Valerio Sommella (iPad Pro, Procreate, and iMac Pro), musician Charlie Charles (iMac), illustrator and animator Stefano Colferai (iPhone X and MacBook Pro), and more.

Every day in Milan, artists and designers reinvent the future. Twenty of them asked what they will do tomorrow, and here are their answers: a snapshot of the city's creative energy.
Click to expand...

Apple discovered the artists and incorporated their creations into the tagline of the new store ahead of the grand opening, which visitors can see on nearby barricades: "Cosa farai domani, Milano?" or "What will you do tomorrow, Milan?"

Of course, Apple Piazza Liberty will host a variety of Today at Apple sessions, including live music in the location's amphitheater on opening night by musician LIM, a "crazy self-portraits" session with Olimpia Zagnoli on July 27, a photographic laboratory with Piotr Niepsuj on July 28, and a "draw the summer" class on July 29. Local customers can begin signing up for these sessions on July 20.

In the U.S., another Apple retail location will be opening around the same time as the Milan store, this one on Saturday, July 28 in Walnut Creek, California. Opening at 10:00 a.m. local time, the relocated store is taking the place of a former California Pizza Kitchen and will now be named Apple Broadway Plaza. 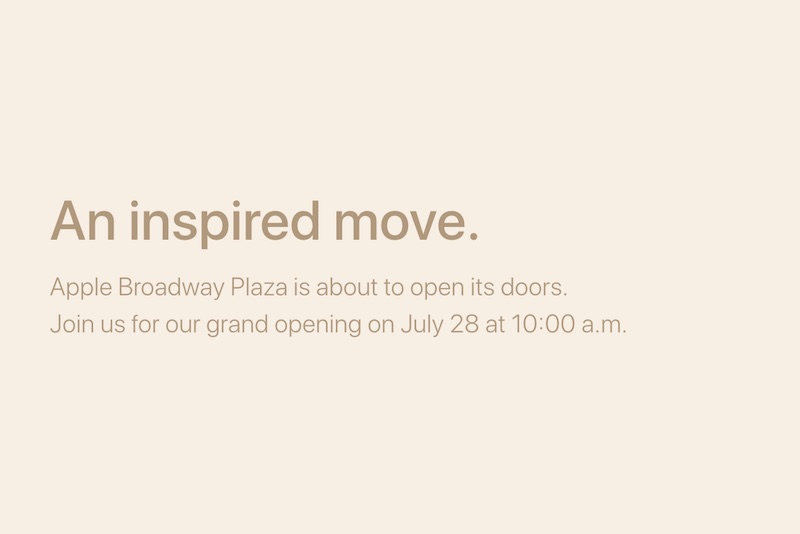 The former location lacked many of the modern features of Apple's new retail store initiative, so Apple Broadway Plaza will debut with an emphasis as a local community gathering space that can be used for Today at Apple sessions. The building is located in the Broadway Plaza outdoor mall in Walnut Creek, and has been under construction for over a year.

For more on the latest of Apple's retail plans, be sure to visit our Apple Stores Roundup.

I love that logo.
A

WAIT they got rid of the California Pizza Kitchen?! So many memories. Ate pizza there after looking at the first retina MacBook Pro.

+ it seemed like the old building was already far too big, I remember walking through the store with extremely dispersed geniuses and trying to get ones Attention. Im sure Apple has better numbers than me on that though.
B

acorntoy said:
WAIT they got rid of the California Pizza Kitchen?! So many memories. Ate pizza there after looking at the first retina MacBook Pro.

+ it seemed like the old building was already far too big, I remember walking through the store with extremely dispersed geniuses and trying to get ones Attention. Im sure Apple has better numbers than me on that though.
Click to expand...

CPK moved down the street a couple blocks.
A

bsamoul said:
CPK moved down the street a couple blocks.
Click to expand...

Did it? I’m glad there’s one still there. Moved from the bay a couple years back for college (seems like right after I did that location closed from the news).

I remember in elementary school my parents sometimes allowed to skip for the day and going to make a build a bear and then getting a slice of pizza. Then as I got older becoming obsessed with Apple and going to see the new devices and getting food. Saw the location and my heart sank, I guess that pizza place means more to me than I knew