Each year, Apple provides up to 350 students with a free ticket to WWDC and lodging for the conference. The lucky winners are selected based on the quality of their Swift Playground coding submission and written answers.

Apple has now highlighted dozens of WWDC 2019 scholarship winners and their apps in an editorial in the App Store under the Today tab. 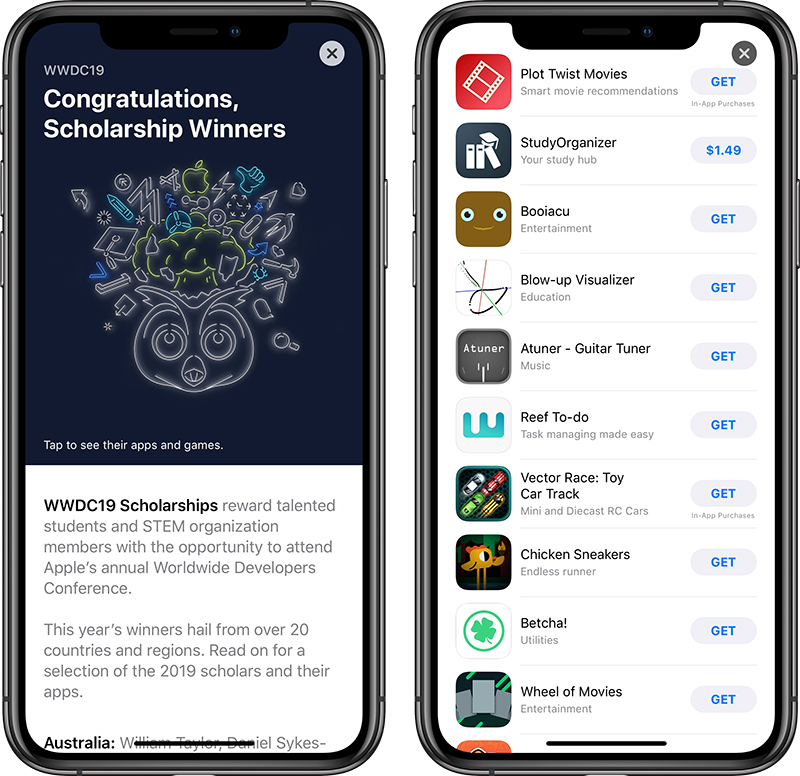 The winners had the opportunity to discuss their apps with Apple CEO Tim Cook, Apple marketing executive Greg Joswiak, and vice president of software engineering operations Cheryl Thomas at the McEnery Convention Center on Sunday, according to photos shared by CNET's Connie Guglielmo.

WWDC scholars are treated to a special experience at the conference, starting with Apple's Scholarship Kickoff event yesterday at the Discovery Meadow park. There, Apple executive and WWDC scholar chaperone Esther Hare welcomed winners in a speech and posed for selfies with the young developers.

What a fun day getting to chat with so many of our incredible #wwdc19 scholarship winners and hearing their stories! It's going to be a fantastic week! #WWDCScholars https://t.co/Iy5wF3cMAS - Esther Hare (@EEhare) June 3, 2019
Click to expand...

Each scholar also received a special badge, t-shirt, and magnetic pin, in addition to the reversible WWDC jacket that all developers received, although they have yet to receive a bigger gift like AirPods given out last year.

Here's another look at that reversible jacket:

From a year ago: A Week in the Life of WWDC 2018 Scholarship Winners

Congrats winners.
Does Apple pay for the whole package?
I guess the only thing you have to get is a return ticket. (if you live far away)
And personal spending.
Must be a once in a life experience.
Comment
A