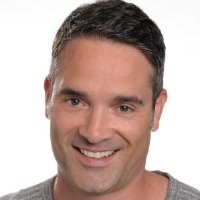 Wandell will start work at Apple's new Culver City office at The Culver Studios at the end of the month.

Prior to joining Apple, a move that's been in the works for weeks, Wandell served as Head of International Series at Amazon Studios, and before that, he was an executive producer at ABC Studios.

Wandell previously worked with Erlicht and Van Amburg on "Sneaky Pete," and has also worked on shows that include "The Man in the High Castle," "Goliath," "Jack Ryan," and "The Marvelous Mrs. Maisel."

Apple has been building up its video content team in recent months, and Wandell joins hires like Matt Cherniss, former president and general manager of WGN America and Tribune Studios, and Kim Rozenfeld, who came from Sony Pictures and now handles documentary series development.

If the content is good I might check it out. So far Amazon programming hasn't really done it for me. They have been trying awefully hard. I expect Apple will over dose their stuff with highly nuanced politically correct ideas.
Reactions: Jimmy James and SeattleMoose
Comment
T

Easiest job in the world, he'll have nothing to do.
Reactions: gatearray
Comment
N

The Mac Mini went ignored for years so this decision could get an Apple–infamous one-in-a-thousand “yes”.
Comment
A

Apple still needs to invest much much mire then it’s pocket change billion dollars though!
Comment

for what it’s worth, the network referenced at the end of the article is WGN America not WGB America. Here in Chicago, its our favorite local morning news. go cubbies, better luck next year
Comment

apolloa said:
Apple still needs to invest much much mire then it’s pocket change billion dollars though!
Click to expand...

I don't see much diversity in these high level hirings.
Reactions: gatearray and ChrisMoBro
Comment

jimjoebob said:
for what it’s worth, the network referenced at the end of the article is WGN America not WGB America. Here in Chicago, its our favorite local morning news. go cubbies, better luck next year
Click to expand...

jimjoebob said:
for what it’s worth, the network referenced at the end of the article is WGN America not WGB America. Here in Chicago, its our favorite local morning news. go cubbies, better luck next year
Click to expand...

Whoops, wrong letter slipped in there. Fixed it up, thank you
Comment

I hope he isn’t one of these sexual predator types
Reactions: gatearray and splitpea
Comment

Apple said they will spend a billion dollars on original content, Amazon spent about 2.4 billion this year and is increasing its budget for 2018, Netflix next year is spending about 8 billion dollars... if Apple was anywhere near serious abuse it taking on Netflix and Amazon, it needs to spend way way way more then its pocket change gesture.
Considering all the hard talk from Apple on how it’ll compete in this market, it needs to put its money where it’s mouth is like everyone else does.
Reactions: WBRacing
Comment
M

When will Apple rebrand their video service?

Will these shows really be on Apple Music from now on?

Though it could be a cool selling point... come for the TV shows... stay for 40 million songs!

Also... are any streaming services pursuing reality programming? Not Kardashians... but maybe house-flipping shows? Those types of shows are fairly cheap to produce. Or game shows?

And I have to wonder how many views each series gets. I know the streaming services aren't really concerned with ratings... but there's only so much time a person can devote to television.

Oh and let's not forget the thousands of episodes of back-catalog stuff. Just Grey's Anatomy alone has 13 seasons available on Netflix.

That's 228 hours of programming... and that's just one series!

I dunno... it seems like all these streaming services are spending billions on creating original content... but there is already so much "old" stuff to watch too. (and they have to pay for the rights for those as well!)

I'm guessing the goal for Netflix is to have 100% original content so they don't need to pay for external rights. But there's also 50 years of television out there that people still love to watch.

So that's my final question... will streaming ever have their "Friends" or "Seinfeld" moment?

Or is it all becoming too diluted?

Did he go to the Ray Price Amazon school of sexual wit and charm?

Perhaps he can start a show called, "You WILL love my DICK!"
The theme song is a chant; it's a hypnotic love ballad.
Reactions: gatearray
Comment

Agree - there is no one left that knows anything about computers .....
Reactions: gatearray, Lesser Evets and Plutonius
Comment
S

When you hire the best "diversity" usually loses. It is what it is. Wishing Apple TV world the best!!!
Comment
S

Need to bundle the thing with a controller first..
Comment
G