Apple has given a straight-to-series order for drama series "Defending Jacob," which will star Chris Evans, known for his roles in "Captain America" and "The Avengers," reports Deadline.

"Defending Jacob" is a thriller based on William Landay's bestselling novel of the same title. The book covers the murder of a 14-year-old boy and his friend Jacob, who may have committed the crime. 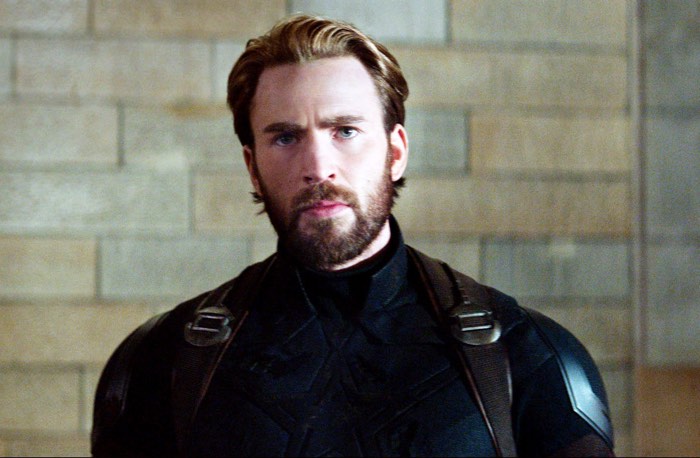 According to Deadline, the tv adaptation is described as a "gripping, character-driven thriller."

The series was created and written by Mark Bomback, known for the "Planet of the Apes" trilogy. Morten Tyldum, known for "The Imitation Game," "Counterpart," and "Jack Ryan," is set to direct.

"Defending Jacob" is just one of more than a dozen television shows Apple has in the works. The first of the TV shows could debut as soon as March 2019, and the content may be distributed through an as-of-yet unannounced streaming service.

Bah. He’s no longer the Cap because well he’s replaced by Cpt Marvel (female) next year. Why Marvel needs to use a leader using old world earth based war leader titles is beyond me but oh well.

C'mon man. Everybody knows he's the guy who played the dumb guy in Welcome Back Kotter and worships space Jesus.
Comment

He appears to be acting like someone who seems very serious. That may be seen when it is distributed on some as-of-yet announced streaming service.

So... if he's committed to filming a TV series, does that mean he's done making Marvel movies?

cajun67 said:
So... if he's committed to filming a TV series, does that mean he's done making Marvel movies?

Surely he wouldn't have time for both.
Click to expand...

It's been a pretty poorly-kept secret that Chris Evans didn't want to renew his deal. He signed an initial 6-movie contract, renewed it for one more movie (to account for Infinity War being split in 2 parts), but it seems he wanted to try other things for a while now.

There's always the chance of a cameo or something, and Disney/Marvel are apparently spending big on some kind of TV series for their Disney streaming service which will include some of the actors you know from the movies (like Tom Hiddleston's Loki). So there's a chance he may appear in one of those.
Comment

69Mustang said:
C'mon man. Everybody knows he's the guy who played the dumb guy in Welcome Back Kotter and worships space Jesus.
Click to expand...