Apple today announced the next-generation iPad Pro with the same M1 chip found in the latest Macs, Thunderbolt and USB4 support, 5G connectivity on cellular models with mmWave support in the United States, and more. 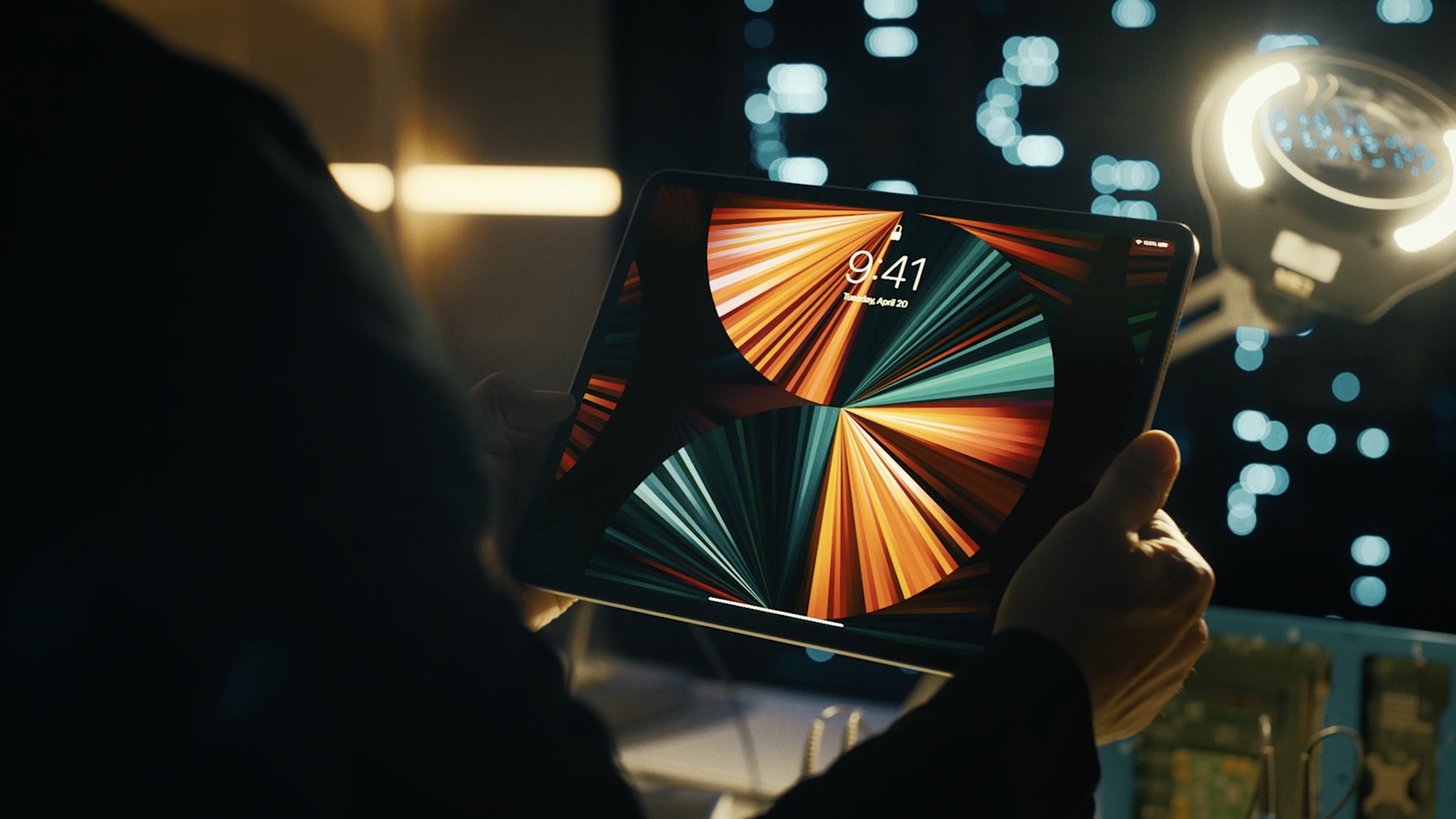 With an 8-core CPU and 8-core GPU, Apple says the M1 chip in the new iPad Pro provides up to 50% faster performance and up to 40% faster graphics compared to the A12Z Bionic chip in the previous-generation iPad Pro.

Exclusive to the new 12.9-inch iPad Pro is an all-new Liquid Retina XDR display, with up to 1,000 nits of full-screen brightness, up to 1,600 nits of peak brightness, and a 1,000,000:1 contrast ratio. As was widely rumored, the display uses mini-LED backlighting with over 10,000 LEDs to deliver true-to-life HDR content.


The front-facing TrueDepth camera system in the new iPad Pro features a new 12-megapixel Ultra Wide lens that enables a 120-degree field of view for a new "Center Stage" feature that automatically keeps users perfectly within the frame during video calls.

Cellular models of the new iPad Pro in the U.S. support mmWave, the higher frequency version of 5G, allowing the tablet to reach speeds up to 4Gbps.

Apple also announced that the optional Magic Keyboard for iPad Pro is being released in a new white color.

(How cool was that intro? Gym's working on Tim).
Reactions: Captain Trips, I7guy, Zune55 and 7 others
Comment
J

I am amazed they would even do this!
Reactions: Jovijoker, amartinez1660, retrophonic and 3 others
Comment
S

Told you all over 6 weeks ago!

interesting future ahead for iOS and Mac with the same exact proc moving forward
Reactions: SkippyThorson, SqlInjection, dazlicous and 12 others
Comment

Okay I was not expecting this. So goddamn cool.

This is amazing! Was not expecting this today.
Reactions: twocents and erniefairchild1
Comment

Damn my pro is fast enough. Can’t wait to upgrade in a few years
Reactions: Captain Trips, SqlInjection, Ajaxpinch and 4 others
Comment
P

I currently use an iPad Mini 5 but I wouldn't be averse to an upgrade.
Reactions: Captain Trips, retrophonic and Si Vis Pacem
Comment

Would buy it in a heartbeat if would support dual boot of iPadOS and MacOS
Reactions: ajfahey, old-wiz, sraja123 and 35 others
Comment

Now I’m really curious how different the performance is between the A14 iOS devices, this M1 iPP, the 13” MBP and the M1 iMac...
Reactions: SqlInjection and Si Vis Pacem
Comment

cant wait to upgrade from my 2018 iPad Pro.
Reactions: Hairball, severe, EvilEvil and 1 other person
Comment

So much for m1 Mac users being beta testers

now everyone is wooo
—

Just a matter of time (years) before we get a hybrid laptop with detachable screen that does handoff to iOS
Reactions: Nica, Marlon DLTH :), Night Spring and 1 other person
Comment
P

When do we get M1 in an iPhone?
Reactions: mr.bee, kk200, Night Spring and 2 others
Comment
Y

Unless you need an actual usable tablet and not a giant iPhone. Then surfaces are better.
Reactions: mhnd, sraja123, Hairball and 15 others
Comment

Thunderbolt on iPad! This is HUGE!
Reactions: Jovijoker, amartinez1660, Zune55 and 1 other person
Comment
E

This is going to be more expensive than the iMac.
Reactions: sraja123, williambloke, octoviaa and 1 other person
Comment