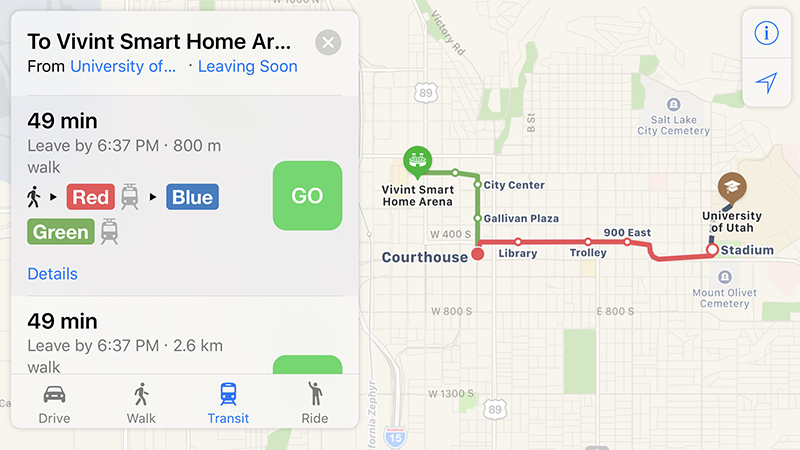 Apple introduced Transit in Maps as part of iOS 9 in select cities around the world, including Baltimore, Berlin, Boston, Chicago, London, Los Angeles, Mexico City, New York, Philadelphia, San Francisco, Sydney, Toronto, and over 300 cities in China. The feature has its own tab in Apple Maps on iOS 10 when entering directions. 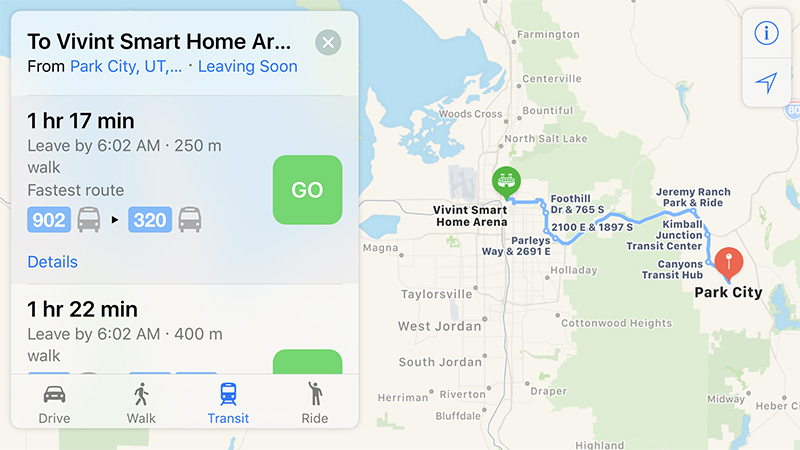 To be accurate, shouldn't keep referring to these as cities as it grossly distorts the coverage of Apple Maps transit coverage. These are large regions covering huge areas with anywhere from dozens to hundreds of cities in each and millions of people in each. It's also good to periodically remember why Apple doesn't simply roll out transit directions to all areas at once, as they could easily do. That's what Google did and they have had lots of criticism about the accuracy of their transit. Apple is taking a different path and customizing transit for each region. This article lays the Apple approach out very well.

What a courageous city to choose! Apple these days; sheesh.
Comment
T

Wayfarer said:
What a courageous city to choose! Apple these days; sheesh.
Click to expand...

Better reassign those cartographers to working on the Mac, then. I bet if they brought in their cafeteria staff to work on it, they could release new Macs even faster.
Reactions: truthertech
Comment

I live in the area and this is great. Can't wait to try it out.
Reactions: TouchedByAl
Comment
T

wevrem said:
I live in the area and this is great. Can't wait to try it out.
Click to expand...

Yes, it's frustrating to wait, but when Apple Transit directions finally arrived in my area, it was clear the difference in what Apple is doing by working to customize each area makes for an improved experience over the others. With the 4000 folks Apple is adding to the Maps group in the new India office, I think this process will accelerate. 2017 is also suppose to be the year Apple finishes its base map that it has been working on for several years, some exciting things should be happening next year with Maps.
Comment

Wayfarer said:
What a courageous city to choose! Apple these days; sheesh.
Click to expand...

I was surprised to see Salt Lake City added but I'm glad it's there. For the most part I avoided Maps for the longest time since over the years my experiences with it have led to me getting directed to the wrong place. With the improvements in iOS 10 and the fact that a business I added to maps was added to the map in less then 24 hours shows apple is dedicated to improving things.
Comment
You must log in or register to reply here.
Share:
Facebook Twitter Reddit Email Share Link
Register on MacRumors! This sidebar will go away, and you'll see fewer ads.
Sign Up
Top Bottom