Apple May Or May Not Be Searching For a New CFO 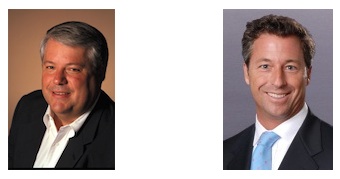 Tosi has reportedly indicated to Blackstone management that he intends to remain with the investment firm, suggesting that Apple may have to continue searching for a new executive. But in addressing the claims, Apple has gone as far as to state that Oppenheimer is very happy with the company and that Apple is not conducting a search for a new CFO, leading to questions about exactly what is happening behind closed doors.

Tosi told Blackstone CEO Stephen Schwarzman that he plans to stay, rather than join Apple, said two of the people, who asked not to be identified because the talks were private. Steve Dowling, a spokesman for Apple, said the company is "not conducting a CFO search." Current CFO Peter Oppenheimer "loves the company and is extremely happy in his role," Dowling said.
Click to expand...

A similar note provided to All Things Digital by Apple includes a statement that "Peter is not leaving Apple."

Oppenheimer, a fixture on Apple's quarterly earnings conference calls, has helped guide Apple to tremendous financial success over the past six and a half years, with Apple currently sitting on over $50 billion in cash and investments and registering as the world's second-largest publicly-traded company with a market capitalization of over $300 billion.

Article Link: Apple May Or May Not Be Searching For a New CFO

I know which one's cuter

Option B: They wanted Tosi for some other job at Apple.

Option C: They want to give Oppenheimer a promotion to something else. Remember, they just said he wasn't leaving Apple. They didn't say he wouldn't be doing something different in the future.

Well yes, I'd say those are really the only two options.
K

Possibly a large acquisition in the not too distant future? They do have something like 50 billion in the bank...

9to5mac's tweet was hilarious. "Bloomberg: Apple is looking for a new CEO." Their site was crashed in seconds. They've since corrected themselves.

Apple Computer may or may not be working on iRocketship; your very own space craft.

Use your iPhone or iPad as flight controls.

Still no flash, though.

Mike Singletary is now available having been released by the 49ers.
Z

Dooger said:
I know which one's cuter
Click to expand...

"Apple May Or May Not Be Searching For a New CFO"


...that headline's a bit tautologous, don't you think?
E

And this story has what to do with Mac rumors?

The world may or may not be coming to an end tomorrow also.

Wow. What a surprise. Yet another unsubstantiated rumour on macrumors to drive traffic here.

I can make up stuff too. Where is my cheque?

May be searching for a new CFO is the correct link bait.

aristotle said:
Wow. What a surprise. Yet another unsubstantiated rumour on macrumors to drive traffic here.

I can make up stuff too. Where is my cheque?
Click to expand...

Considering how empty Apple Board meetings are these days, I'd say its more likely they were probing him for a potential position there.

I may or may not be the new Apple CFO.

I may or may not be the new Apple CFO.
Click to expand...

uh uh. They told me I am the new CFO.

charlituna said:
uh uh. They told me I am the new CFO.
Click to expand...

Im Brian and so is my wife!
R

rorschach said:
"May Or May Not Be"

Well yes, I'd say those are really the only two options.
Click to expand...

They also may or may not be looking for a new iPhone VP, Retail VP and general manager of the Apple Store in Eaton Centre, Toronto Canada!

Those two posts together - made my day! Laughed out loud - very loud!

Those guys at the Blackstone are the worst. Please no ! I will sell my 20 thousand shares if that happens.

I think blackstone purchased Hilton , And are slowly killing that brand.

Interesting rumor but 3 to 1 odds he stays another year