The 10-episode show is a spin-off of the Canadian host's radio series The Strombo Show, which is filmed at his Toronto home in front of a live audience. The show is set to feature video segments, artist interviews, and exclusive behind-the-scenes access. Stroumboulopoulos was interviewed by Zane Lowe on Apple Music's Beats 1 about the partnership. 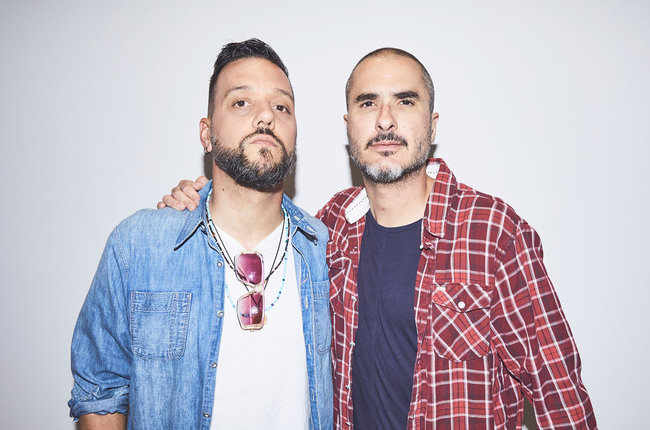 "The bands set-up right in my living room, with a live audience packing the place," Stroumboulopoulos explained in a statement. "Lights, smoke machines and amplifiers stacked high -- it's every gig in a small space that you've ever loved, with the best bands in the world."
Click to expand...

The video segment of the first show features a performance and interview with Canadian group A Tribe Called Red, an Ottawa-based First Nations DJ collective. Apple Music subscribers can view it in the Browse section of the app under the Strombo banner, where playlists and other content can also be found. Going forward, videos for the show will be available in the Connect section of the Strombo page.

A longer 30-minute version of each episode can be found on YouTube. Check out the first offering embedded below.


Who the heck is Strombo?
J

Stroumboulopoulos is Canadian royalty. I wish him all the best.
Reactions: slicecom and 480951

Probably not my cup of tea, but hey, anyone who can book bands in his livingroom is a-ok in my book.
L

He's huge in the Canadian music scene*, and media in general.

He started out in the '90s as a popular host on an influential Toronto radio station, 102.1 The Edge, and then went on to being a VJ on MuchMusic (Canada's MTV), and also hosting their extremely influential show The New Music. After that he went to CBC, hosting a nightly current events talk show on TV, and running a radio show. At one point he also went to host Hockey Night in Canada (who knows why) for a year, which didn't work out that well.

But ya, he's quite the media personality up here. He's also a great guy, I've met him. I can't think of an American equivalent to him.

(*Note to Americans: Nickelback and Bieber are like gum stuck on the bottom of the Canadian music scene's shoe. It's not our fault the world has a taste for our garbage.)
Reactions: 480951
J

lunarworks said:
I can't think of an American equivalent to him.
Click to expand...

Hosted a show called Loud on Much Music which played heavy metal and somehow eventually ended up with a late night (non comedic) interview show on CBC, one of Canada's national TV networks. It wasn't Leno or Letterman, more like Ellen in format but with hipster guests. His interview style was to have him and his guest sit in giant chairs and the more interesting he thought things were the further he'd creep to the front edge of his chair and the closer his voice would get to a whisper.