Apple today announced a Snapchat account for Apple Music that initially provides a behind-the-scenes look at Beats 1 Radio and its personalities while also showing off segments of the cities it operates from with some music playing in the background. It's unknown what kind of content the account will provide in the future. 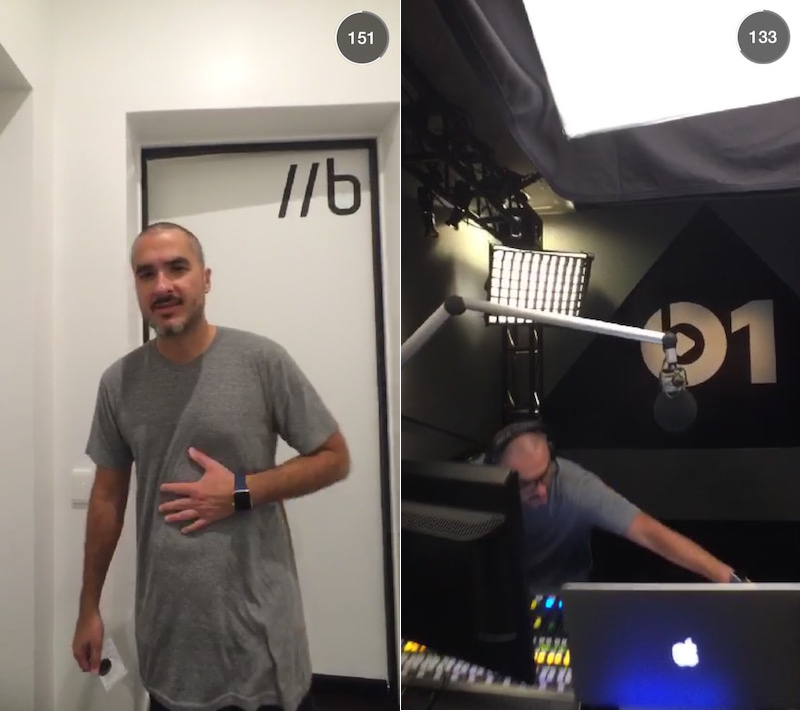 The account's first Snapchat "story", which is the combination of multiple photos and videos taken throughout its first day of operation, takes followers on a journey from Beats 1's Los Angeles HQ with Zane Lowe, watching as he works on his show before it switches to London and fellow DJ Julie Adenuga. After watching Adenuga work, the account changes course to Ebro Darden in New York City.

The account provides an interesting look into the work environments of Beats 1's three DJs, with each of them showing off their equipment and enthusiasm for the music they're playing. Adenuga's segment includes her teasing an interview with musical artist Ellie Goulding, answering questions and letting users know they should check out the For You tab of Apple Music. The Snapchat story, which currently sits at 184 seconds, is being updated periodically throughout the day.

Apple has thus far taken a very liberal approach to using social media to draw awareness to Apple Music, heavily using Twitter, Instagram and Tumblr to tease and announce exclusive music, interviews and music videos. Snapchat, whose users tend to be younger, is yet another progression of that effort. Snapchat users can follow Apple Music on the service by adding "applemusic" as a friend.

bold the account name and put it at the top. i don't really care about the content of this article, just the username and the article title.
Comment

I just saw the whole story so far. Awesome! Even though the volume was low..
Reactions: SpasticPat
Comment

What was the song for the New York snapchat story??
Comment

kirky29 said:
What was the song for the New York snapchat story??
Click to expand...

It looks like he just left the toilet the way he is holding his stomach
Reactions: Jamalien, Ulisescm, SteveBlobs and 2 others
Comment
U

//b for boys room or bathroom?
Reactions: Jamalien and xlost6
Comment

Interesting! – Makes total sense. Even though they say beats1 is a world station.. I believe its targeted at millennials, which pretty much is the demographic of snapchat users.
Personally, I’m not always keen on businesses using snapchat accounts.. but, if they create decent engaging content that’s worth watching – then go for it!
Comment

kirky29 said:
What was the song for the New York snapchat story??
Click to expand...

That picture really helps my head-canon that Apple's "24 hour radio station hosted by Zane Lowe." Is just Apple locking him in a room with radio gear forever.
Reactions: Jamalien and lars666
Comment
F

Apple is using social media to build awareness of its music service? Well I don't know how long I'm going to be able to play hard to get and just fire up that 3 months worth of free service.
Comment

FieldingMellish said:
Apple is using social media to build awareness of its music service? Well I don't know how long I'm going to be able to play hard to get and just fire up that 3 months worth of free service.
Click to expand...

You can listen to beats 1 for free without the subscription.
Reactions: Jamalien and SpasticPat
Comment

I sent them a snap a few weeks ago after their Snapchat account was briefly shown on the Apple Music section of their website. Yesterday I received a notification that the account had taken a screenshot - was quite amusing. I presume it was done automatically, but amusing nonetheless.

Ah thanks! Turns out I don't actually like the song lol, only the tuney bit at the start!
Comment
L