The Apple News, Voice Memos, Home and Stocks apps on the Mac will be getting major updates and new designs to make them more Mac-like, Apple's software chief Craig Federighi told CNET in an interview.

News, Voice Memos, Home, and Stocks were all apps that were ported over to the Mac in 2018's macOS Mojave as part of the precursor to Project Catalyst, Apple's newly announced feature designed to let iOS developers easily adapt their apps for the Mac.

Since their Mac launch, the four apps have mirrored the style of an iOS app, offering little more in terms of design and functionality. Now that Project Catalyst has launched, though, Apple plans to revisit these early Mac app ports.

Federighi says that because the underlying technology has improved over the course of the last year, the apps will be "automatically" upgraded thanks to Project Catalyst's more unified, native Mac framework. Apple also plans to make additional improvements on top of that to create a Mac experience.

"We've looked at the design and features of some of those apps and said we can make this a bit more of a Mac experience through changes that are independent of the use of Catalyst, but are just design team decisions," Federighi said. "When I read some of the initial reviews of those apps, people were saying, 'Obviously this technology is causing them to do things that don't feel Mac-like.' Honestly, 90% of those were just decisions that designers made ... People took that as 'this feels iOS-y' and therefore they thought it was a technology thing. Actually, it was a designer preference. So part of [the upgrade] is we said we've got to co-evolve with our user base around the aesthetics of the Mac experience. And so we made some adjustments to the apps."
Click to expand...

Federighi also explained that the iOS-like feel to the apps in macOS Mojave was more of a design decision than a result of porting them over to the Mac, but given complaints, Apple made an effort to "co-evolve" with the Mac user base to design a more Mac-like experience in macOS Catalina.

The new Apple News, Voice Memos, Home, and Stocks apps aren't in the macOS Catalina beta at the current time, but Federighi said we can expect to see them when the public beta launches. "Wait for the public beta," Federighi told CNET. "We're still tuning everything up. That's where it gets really good."

Apple has said that iOS 13, macOS Catalina, and tvOS 13 betas will launch at some point in July, which is just two weeks away.

I only use the Voice Memo app and it's indeed not very Mac like so I'm happy they are addressing it. Can only make the apps better in the end
Reactions: Ghost31, midkay, martyjmclean and 1 other person

Somehow they understood they should take the Mac audience and it's feedback serious.
Reactions: nouveau_redneck, B60boy, ILikeAllOS and 23 others

the home app could get a bit more mac-like)
Reactions: snek, fonzy91, augustrushrox and 4 others
A

Is this because they have made some kind of murky grey slurry of the iOS and macOS over the last couple of years.
Reactions: snek, jpn and ignatius345

Photos really needs a major update. But hey, I guess Apple is not in the picture.
Reactions: sos47, SEmAN, martyjmclean and 3 others
K

That these were intentional design decisions makes it worse. Still, it is encouraging that Federighi himself is aware of the deficits and intends to do something about it.
Reactions: The Phazer, SkippyThorson, nouveau_redneck and 20 others

I really want to believe all this -- if this gets more developer attention onto the Mac OS platform while keeping UI standards high, I'm all for it.
Reactions: snek, augustrushrox, 4487549 and 3 others

I sure hope they mean it, and that they actually know what the heck they are doing this time around. Starting with a few Apps is better than not doing it at all. It's about time we get consistency and visibility back into the OS and Apps (both Mac and iOS) rather than the current "Everything grey all the time because little Jony likes not being able to see things. He thinks that means it is art!" UI crap we have today:

"Little Jony at age 17, discovering blank-canvas-art for the first time. While the world didn't know it at the time, this pivotal moment would one-day spell the end of Apple device usability." 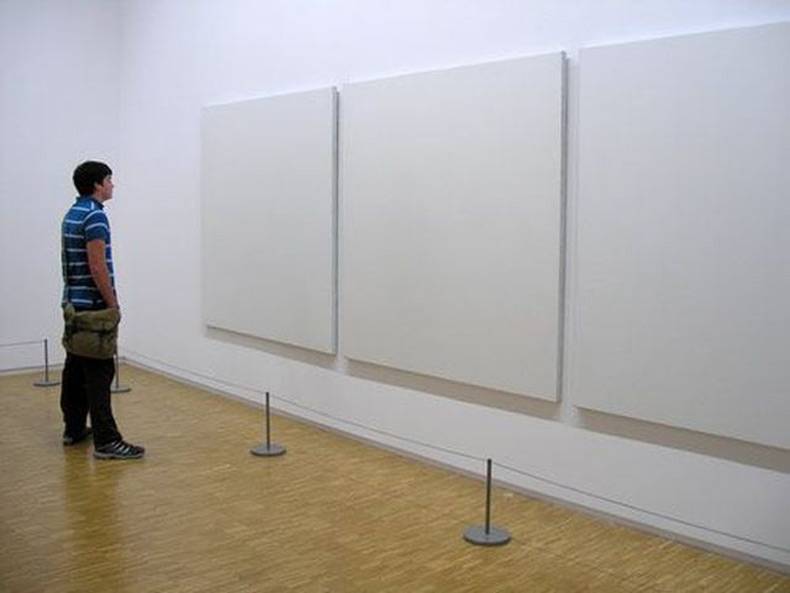 (Unfortunately, I bet all they do is make the apps look more "Current MacOS" rather than actually trying to fix things.)
Last edited: Jun 19, 2019
Reactions: SkippyThorson, TracesOfArsenic, femike and 3 others
S

Nice to see this. They do appear to listen on alot of things - some faster (these apps) than others (laptop keyboards), but they seem to eventually get there.
Reactions: martyjmclean

So the designers of the Mac apps are just classless?
Reactions: snek
B

Nice of Federighi to throw the designers under the bus when surely he OK’d all of these apps.
Reactions: Apple-Guy, Glockworkorange, snek and 3 others

Sure does. The ability to use layers and masking would be nice.

Never going to happen, tho.
M

The only annoying thing about the stocks app is the back button is on top of the stock list instead of the content pane.

MakeAppleAwesomeAgain said:
Somehow they understood they should take the Mac audience and it's feedback serious.
Click to expand...

I feel like people could really just learn to accept the W. Apple is doing a lot for its users in this update. Seems to be worthy of praise rather than derision.


frifra said:
Photos really needs a major update. But hey, I guess Apple is not in the picture.
Click to expand...

It's getting one though...

I hope Apple continues to discover that their users are not so very stupid or naive.

The biggest problem I have with the industry-wide trend toward software and hardware lock-in (including the removal of useful software features & the fight against right-to-repair laws) is that it will continue to lead to learned helplessness.

And you might say, "Whatever, man. It's not that big of a deal. It's only consumer electronics. Get with the program." To which I would reply that if you don't think – on at least some level – our use of technology does not influence our social perspective, to say nothing of how it can literally rewire our brains, than you're probably the one who needs to re-examine your perspectives.

There's a lot more at stake here than pixels on a screen.
Reactions: freedomlinux, nouveau_redneck, Lone Deranger and 1 other person
M

All four should be on the Safari Favorites Bar.

But photo editing got a major update, as part of Catalina, as did photo organisation and video now has many of the same editing tools—it’s stupendous! To say Photos needs a major update (implying it didn’t get one) is disingenuous.

I don’t know what happened Apple in the last 18 months, but somewhere along the way they figured out how to put a fire under every platform. Frankly, it’s difficult to believe how may things Apple has been addressed at WWDC. They are like a different company, software wise. Could it be, I wonder, the reorganisation and new-to-them adjoining department layout at their new headquarters?
Last edited: Jun 19, 2019
Reactions: matrix07, Red Oak, ILikeAllOS and 9 others

It’s already getting a major update in macOS Catalina.
Reactions: ILikeAllOS and jpn
I

Sasparilla said:
Nice to see this. They do appear to listen on alot of things - some faster (these apps) than others (laptop keyboards), but they seem to eventually get there.
Click to expand...

If they didn't listen at all, all the laptops would still have the 1st gen butterfly keyboards.
Reactions: Ghost31

boccabella said:
Nice of Federighi to throw the designers under the bus when surely he OK’d all of these apps.
Click to expand...

Yeah good point. Someone higher up approved these apps. Heck Federighi showed them off on stage at WWDC last year.
Reactions: AnonMac50

micklb said:
All four should be on the Safari Favorites Bar.
Click to expand...

What do you mean?

micklb said:
All four should be on the Safari Favorites Bar.
Click to expand...

not sure their intent, but basically they are just simple web apps with a Mac gui

Sasparilla said:
Nice to see this. They do appear to listen on alot of things - some faster (these apps) than others (laptop keyboards), but they seem to eventually get there.
Click to expand...

Oh NO, you mentioned the laptop keyboards!!

We'll now get several posts saying that we're "whining" (the apologists' favorite word) about it.

But seriously, I'm excited about the few things I've seen Apple talk about lately, since WWDC.