The Conservation Fund today announced that it has partnered with Apple to acquire over 36,000 acres of working forest in Maine and North Carolina, a move that will ensure both the continued health of the forests and Apple's paper supplies.

"Apple is clearly leading by example--one that we hope others will follow," said Larry Selzer, president and CEO of The Conservation Fund. "By all accounts, the loss of America's working forests is one of our nation's greatest environmental challenges. The initiative announced today is precedent-setting."

The forests that Apple and The Conservation Fund are protecting are larger than the land area of the City of San Francisco. Through its commitment, Apple can ensure a steady supply of sustainably harvested timber to paper and pulp mills.
Click to expand...

Apple vice president for environmental initiatives Lisa Jackson tells BuzzFeed that the move is the company's latest effort to ensure the sustainability of its supply chain. 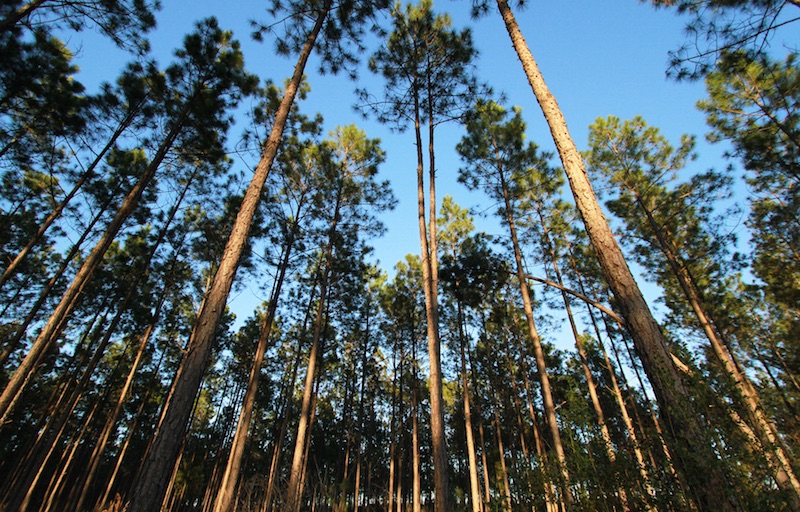 "Imagine if every time you opened a package from a company you knew that it came from a working forest. And imagine if companies took seriously their paper chain and made sure that was renewable, just like energy. And imagine if they didn't just buy renewable paper, but took the step of ensuring that they would stay working forests forever."
Click to expand...

Apple has worked very hard over the years to exert as much control as it can over its supply chain in order to create a competitive advantage and ensure consistent supplies and pricing. With more recent forays into renewable energy production and now even paper, Apple is proving able to both secure its supply chain and demonstrate its commitment to environmental responsibility.

Update 7:56 AM: Jackson and Selzer have written a blog post on Medium addressing the partnership.

This partnership is mutually beneficial. Apple is quantifying the virgin paper footprint from its packaging. Apple is committed to zeroing out that impact by using paper more efficiently, increasing recycled paper content, sourcing paper sustainably, and conserving acreage of working forests around the world equivalent to its virgin paper footprint. The Conservation Fund is committed to identifying and conserving those acres in the U.S. Through conservation easements, they will ensure these lands remain forests in the future. This helps preserve the supply of raw materials for paper while providing permanent environmental protection and fighting climate change.
Click to expand...

How many acres of forest did they clearcut for their datacenter's solar panel installations?
2

I was not aware that getting paper in thier supply chain was in any danger. Still, it's a nice PR thing to do in order to keep up their green image.
N


hexor said:
How many acres of forest did they clearcut for their datacenter's solar panel installations?
Click to expand...

Just no pleasing some people. IMO, at least they're doing something; It is more than most.

hexor said:
How many acres of forest did they clearcut for their datacenter's solar panel installations?
Click to expand...

There's always a cost/payoff ratio for conservation issues. Yes, for their North Carolina facility they cleared out some trees. But does the fact that their center is now powered by 100% renewable energy balance the loss of the trees?

There was a controversy at my workplace. At the beginning of the workday, cars were lined up a mile down the road in a bottleneck waiting to turn down the road to the workplace. So they created a new entrance. To do that, they had to cut through a forested area, and that's where the controversy was. Some people complained about destroying the forest. But by creating that road, it relieved the bottleneck. Cars were no longer sitting there idling for upwards of a half hour. So does the reduction in carbon emissions from creating the new road balance the removal of the trees?

It's funny that using more paper, rather than less, creates an incentive to plant more trees. Viewed this way, an office that goes through a lot of paper is greener than a paperless office.

oneMadRssn said:
It's funny that using more paper, rather than less, creates an incentive to plant more trees. Viewed this way, an office that goes through a lot of paper is greener than a paperless office.
Click to expand...

As my email signature says:

It's OK to print this email. Paper is a biodegradable, renewable, sustainable product made from trees. Growing and harvesting trees provides jobs for millions of Americans. Working forests are good for the environment and provide clean air and water, wildlife habitat and carbon storage. Thanks to improved forest management, we have more trees in America today than we had 100 years ago.
Click to expand...

How much paper does Apple use?

artofwarfare said:
how much paper does apple use?
Click to expand...

ArtOfWarfare said:
How much paper does Apple use?
Click to expand...

Good question. And with sales increasing, I'm assuming it's going up over time (although I believe they do try to make the packages as small as reasonably possible). From the article:

Apple declined to say how much paper it uses in its packaging, but the company does sell hundreds of millions of iOS devices a year, each of which comes in a paper package thats composed of about one-third nonrecycled fiber. According to Jackson, the paper produced by these two forests is equivalent to nearly half the virgin  that is, nonrecycled  fiber that went into Phone, iPad, iPod, Mac and Apple TV packaging last year. Where we want to get, of course, is 100 percent, said Jackson.
Click to expand...

So this investment only currently covers "nearly half" their virgin paper fiber use. It's a start and I'm sure they'll expand it.
P

Why is this on "The Mac Blog" and not a front-page story? This is way more newsworthy than Tim Cook being on another Who's Who list. In any case, Apple has made another commendable decision to put its money where its marketing mouth is and stand by its values.