Apple today has been granted a patent by the United States Patent and Trademark Office regarding an "avatar editing environment," which is the company's patent terminology for a Mii-like app that users can visit to craft a digitized likeness of themselves to use throughout the Apple ecosystem. The patent was originally filed back in October 2011 but was just published by the USPTO today (via Patently Apple).

Apple's patent explains that its avatar editing environment would let users create "a representation of their alter ego." This includes a collection of editing features such as different eyes, ears, mouth, skin color, hair, teeth, smile, facial expressions, eyebrows, hair, beard, glasses, hats, and even more items related to the expression of each person's unique identity and fashion. 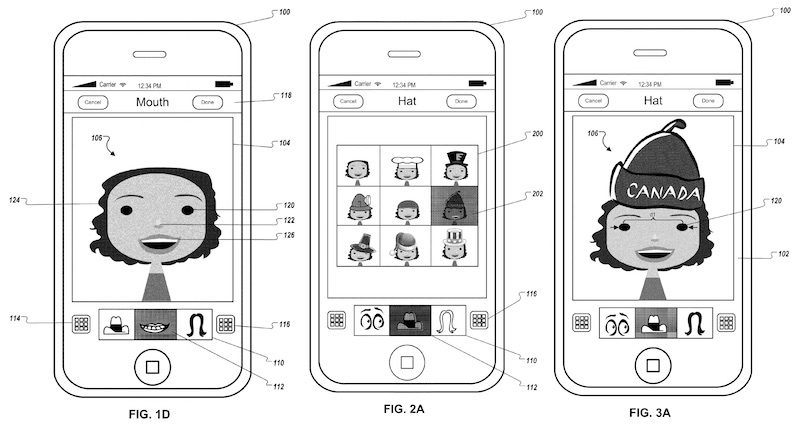 While Apple's new patent sounds like a basic Avatar editing system, the company's wording goes into deeper detail about how far and wide the digital personalities might be implemented across its services. The editor would primarily be its own application on iOS devices, but the patent also notes that Apple could add it as an online addition to its website and give its API to developers so they could implement the avatars into games, social networks, and more.

Once an avatar is created, the user would then discover the character can be placed -- and even animated -- in a number of iOS locations, including in Messages, Address Book, and FaceTime. In Messages, users could set a specific animation of their avatar to trigger in response to certain events, so while you're waiting for a text from a friend your avatar could be animated on their screen to be tapping its foot in impatience, or sleeping. In execution, some of Apple's avatar features sound similar to the popular Bitmoji app.

The patent also describes a feature where a user's face would be replaced in video chat, likely within FaceTime, by the avatar that they have created with Apple's editing system. The character would then be able to track and replace the user's expressions, eye movements, head, and body language, much like the technology created by Faceshift, which Apple acquired two years ago.

Like all other patents, the avatar editing environment described here is unlikely to see the light of day any time soon, if ever. Although the patent mentions that users could manually and automatically generate an avatar, it never directly specifies if that would include using a future iPhone's advanced camera system to map the user's face and generate a close approximation in digital form.

According to analyst Ming-Chi Kuo, the iPhone 8's front camera will be able to fuel experiences just like that, and might lead to gaming-enhanced 3D selfies and even experiences in augmented and virtual reality.

Article Link: Apple Patents Avatar Creation App That Can Place Digital Versions of You in Messages and FaceTime

Apple love emojis more than most of their customers and all their competitors, so they seem likely to do something with avatars.
Reactions: DrewDaHilp1, Huck, lostczech and 2 others
Comment

Appleaker said:
Apple love emojis more than most of their customers and all their competitors, so they seem likely to do something with avatars.
Click to expand...

This sounds fun to me. I can simultaneously want a new Mac Pro and like avatars, kind of like walking and chewing gum at the same time.
Reactions: Glassed Silver, Kengineer, Appleaker and 5 others
Comment
D

NOOOOOOOO!
Spend your energy on something more useful!
Reactions: Huck and Avieshek
Comment

I suppose options are always good, but for myself, I'll probably use it about as much as I put stickers or fireworks explosion in my texts, which is never.
Reactions: Strozzascotte, Huck, BJMRamage and 2 others
Comment
T

I don't really (currently) have any interest in an avatar that looks like me; but personalizing my emojis to reflect what my family actually looks like seems really cool to me.
Comment

Since an Apple tv and the Apple Car isn't going to happen, it looks like there next venture is AR/VR. Let's see if this sticks.
Comment

That'd be a great thing to copy from Nintendo, Mii's are great in games and messages. Whilst they're at it if Apple could copy Streetpass from Nintendo too that'd be good.
Reactions: Glassed Silver
Comment

finally! screw you android, we have personalized avatars. win!

thisisnotmyname said:
This sounds fun to me. I can simultaneously want a new Mac Pro and like avatars, kind of like walking and chewing gum at the same time.
Click to expand...

It's amazing how some people just can't understand this. It's like having a house: You can pay someone to fix your roof and renovate your kitchen at the same time.

You see this a lot in the world of gamers. "I have decided that I am the target audience, and everything this company makes must be aimed directly at my interests."
Comment

Exactly. Why not just add integration to something that is already widely used -- Bitmoji? Snapchat allows Bitmoji. It wouldn't take much for Apple to implement it.
Comment

I think this would be fun. I work in a high school and can tell you first hand, emoji are becoming like a second language. It may not be the case for the demographic on macrumors, but there is definitely a market for these types of things.
Comment

dwaltwhit said:
I think this would be fun. I work in a high school and can tell you first hand, emoji are becoming like a second language.
Click to expand...

This depresses me more than almost anything. Given the current administration it's just a case of giving up and making emoji an official higher education exam, degree and masters course.
Reactions: Garrod
Comment
2

first steps before this: 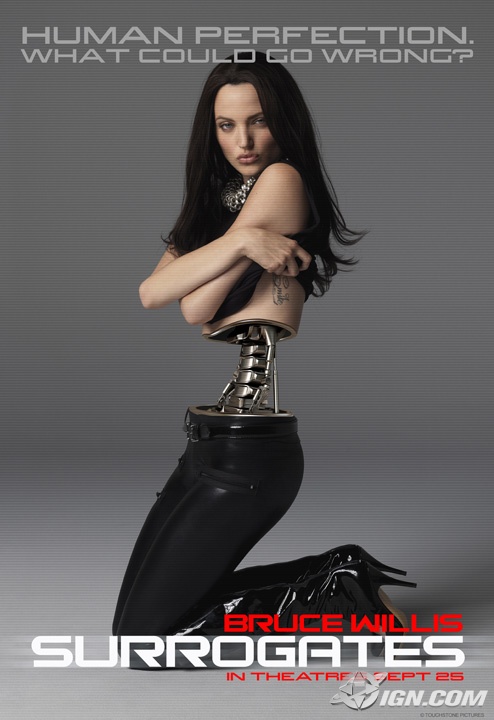 Apple is going to attack the facebook business model with this and the new iPhone 8 features - you heard it here first. It will be like a social network, but systemwide and not confined to one app.
Comment
C

Ha ha. Apple avatar man is very good. Very very good. That's why I like it. Because it's very good. Me like new Apple. Apple not stupid. They very inno...innov...innovatious now. Me like reliving childhood and overlooking the fact that naff distractions don't pass for useful features any more. Or do they? Apparently they still do. Check out the inexplicable surge in APPL shares to confirm. Now excuse me while I read about funny avatar man again. Ha ha. He funny!
Comment
D

Just going to leave this here.

Note the tracking of the mouth to audio would be essential for FaceTime wouldn't it.

Tool old for this crap, therefore it will be a huge hit !
Comment

I can't wait for the keynote. Creepy old uncle Cook getting down wit da kidz..
Comment

dwaltwhit said:
I think this would be fun. I work in a high school and can tell you first hand, emoji are becoming like a second language. It may not be the case for the demographic on macrumors, but there is definitely a market for these types of things.
Click to expand...