Apple has updated its website to indicate that Emirates NBD, the largest bank in Dubai, will soon offer Apple Pay. 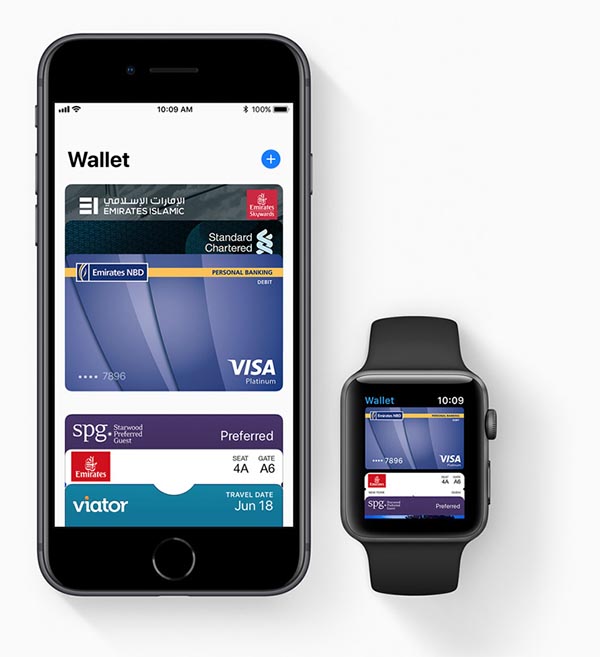 Emirates NBD has confirmed Apple Pay is coming soon in a recent email to customers, including MacRumors reader Hafez. ?

Last month, Apple announced that Apple Pay will expand to Denmark, Finland, Sweden, and the United Arab Emirates by the end of the year.

The new page on Apple's regional website for the United Arab Emirates now lists Apple Pay as "coming soon" in the country, suggesting a launch is imminent. The page has yet to go live in Denmark, Finland, and Sweden.

Other participating banks in the United Arab Emirates will include Mashreq Bank, Emirates Islamic Bank, Rakbank, Standard Chartered, and HSBC.

MasterCard and Visa credit and debit cards will be supported at launch.

How do you think they got their name?

"We're only the biggest bank in the Emirates No Big Deal ."

Doesn't the Apple Watch 3 have W2 chip? Is that why they were waiting. Can anybody also tell about the new W2 Chip, how it's different?
Last edited: Sep 15, 2017

Can't wait to get it in Dubai. Back home in UK, Apple Pay works like a charm!
T

Avieshek said:
Doesn't the Apple Watch 3 have W2 chip? Is that why they were waiting.
Click to expand...

They likely didn't get a deal from Apple that they found acceptable until recently. I doubt hardware played a role unless Dubai is a place that uses FeliCa.
Reactions: Avieshek

tmiw said:
They likely didn't get a deal from Apple that they found acceptable until recently. I doubt hardware played a role unless Dubai is a place that uses FeliCa.
Click to expand...

W2 is a better Bluetooth chip.

AP functions via the NFC standard.
Click to expand...

I get that. My point was that global FeliCa wasn't a thing until iPhone 8/Watch Series 3 (meaning that in the event that Dubai used that instead of regular PayPass/payWave they wouldn't have been able to support Apple Pay until now).
You must log in or register to reply here.
Share:
Facebook Twitter Reddit Email Link
Register on MacRumors! This sidebar will go away, and you'll see fewer ads.
Sign Up
Top Bottom