Apple has reduced its orders for the iPhone 7 with suppliers, following the initial sales influx within the first month of the device's launch this past September. Supply chain sources speaking with Digitimes pointed towards strong demand for the Jet Black iPhone 7 and Samsung's Galaxy Note 7 issues as catalysts for the initial shipping momentum, but both factors have now trailed off in producing more iPhone sales leading up to 2017.

Because of these factors and more, demand for the iPhone 7 in China and other markets around the world has "started fading." The timing aligns with Apple's typical iPhone manufacturing slow down towards the end of each year, and attention by suppliers and customers is now said to be on 2017's much-anticipated tenth anniversary iPhone. 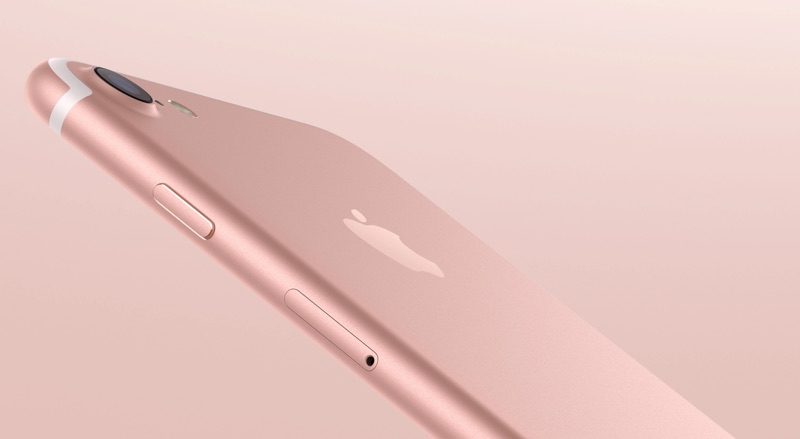 Demand for the iPhone 7 devices in China and other markets has scaled down significantly since their launch less than three months ago, the sources noted.

Instead of paying attention to sales performance of the iPhone 7 devices, component suppliers and consumers alike have been shifting their focus to the next generation iPhone to be released in 2017, commented the sources.
Click to expand...

"High expectations" for the so-called iPhone 8 are also factored into the shipment outlook for the iPhone 7 as the new year approaches. In total, shipments for the iPhone 7 are believed to be five million less in the first six months of 2017 than in the four month period the smartphone will have been available by the end of 2016.

The iPhone 8 already has a plethora of rumors surrounding its design and potential new features, including a glass body, edge-to-edge display, and wireless charging abilities.

It would be really funny if this iPhone 8 was just an iPhone 7s. So funny I would cry!
Reactions: Datalinks, Moorepheus, Mike Oxard and 26 others
F

macduke said:
It would be really funny if this iPhone 8 was just an iPhone 7s. So funny I would cry!
Click to expand...

I think you wouldn't be alone
Reactions: Chicane-UK, dan110, apolloa and 5 others

Next year is gonna be a crazy year for smartphones. It looks like Apple and Samsung both have some big plans. And who knows, the Google Pixel 2 might be killer as well since Google will have some experience up their sleeves.
Reactions: dilbert99, NamE_O, Alch3mist and 6 others

And how about lack of headphone jack on iPhone 7?
Reactions: Mildredop, AlphaGuitarist, Mike Oxard and 9 others

I'm not excited, you're excited
Reactions: scapegoat81, v0lume4, dan110 and 1 other person
D

I still think the iPhone 7 is (by far) the best smartphone on the market but I don't blame anyone for waiting.
Reactions: dampfnudel, Xtremjeepn and HansumKingtut

What is this iPhone 8 business? It should be iPhone 7S!

Unless like theorized all along... the 7 was just a 6S(S) stopgap... ;-)
Reactions: Osamede, Alch3mist, dampfnudel and 2 others
L

Excitement for the iPhone 8? It's still 10 months away, people.
Reactions: chrismail627, Xtremjeepn and mojolicious
K

Apple might add headphone jack in iPhone 8 to blow our mind! Also I didn't buy iPhone 7 because of lack of 3.5mm jack
Reactions: kyykesko, Mildredop, AZ63 and 12 others
2

What innovation are you expecting? Basically every manufacturer has caught up. They are all limited by current tech.
Reactions: Datalinks, Xi Xone, WBRacing and 2 others

And then two months later, the hype for the iPhone 9 will kill excitement for the 8. That's natural for a predictable release cycle, isn't it?
Reactions: Xtremjeepn, macTW and mojolicious

So, to sum up, Samsung phones explode and Apple Phones implode?
Reactions: Cloudkicker, dilbert99, Shirasaki and 6 others
B

I'm hoping for a sleek design, an OLED display with a higher resolution, slimmer bezels and kittens.
Reactions: scapegoat81, Mike Oxard, orbital~debris and 4 others
J

They have jumped the shark
Reactions: Aston441, sudo1996, aaronhead14 and 2 others

A nice to way to stay "demand is shrinking".
I assume that Apple has to forecast shrinking demand every time as the next iPhone is always better....
Reactions: Cloudkicker, Nr123*123, Oblivious.Robot and 1 other person

Mac 128 said:
And how about lack of headphone jack on iPhone 7?
Click to expand...

Easily the worst part of owning an iPhone 7 for me. The phone is excellent other than this omission. It has bit me in the ass many times now as I don't carry the dongle around with me all the time.

Even at home, the whole, "crap I have to find that adapter" is annoying. As a musician, I knew this could be a problem. Just didn't realize how annoying it was going to be.
Reactions: jrbdmb, Mildredop, Datalinks and 27 others
T

Does this include the 7 plus too? It seemed like the demand for the 7 has been week since launch, as they have been readily available while the 7 plus has been hard to find. Hopefully this will lead to an increase in 7 plus production to keep up with demand.
Reactions: Xtremjeepn
M

I'm on an 16Gb iPhone 5c and I'm due for an update. I'm so torn though. I really would like a new phone now since my phone currently doesn't support T-mobile's band 12 long range LTE and I could benefit from more storage capacity. But the iPhone 8 (I don't know if they'll be a 7s so lets just call it 8) is shaping up to such a major update that I'm tempted to hold off for another year. First world problems huh?

HAHAHAAAAA, riiiiiiight, shrinking demand because of iPhone 8 excitement. Lol. Just no way that the iPhone 7 being meh has anything to do with it.
Reactions: jrbdmb, kyykesko, SeattleMoose and 13 others

2010mini said:
What innovation are you expecting? Basically every manufacturer has caught up. They are all limited by current tech.
Click to expand...

Youre right, but the kind of 'innovation' hes provably talking about are the cosmetic things, like a reduced bezel, a little more curvature of the glass, moving the speaker grill a pin-prick distance to the left or right, or the innovation that Apple truly excels at: NEW COLORS! You know, the kind of stuff that gets all the 20-somthing, money to burn crowd gets all excited.

Basically after a few months the 'new' buzz will wear off and it'll still just be a phone you use for the same things you use it for already.
Reactions: SeattleMoose, Shirasaki, Alch3mist and 3 others

I don't know why this iPhone 8 fantasy has gained such traction (if it has, actually) in the minds of the public. It might as well be called "iPhone Pipedream". The rumors it's based off of are the sketchiest type of rumor I see on this site. The type of rumor that is most often wrong or so dimly connected from what actually ships as to be next to idle speculation. It would be more prudent to wait for parts leaks before pinning all one's purchasing hopes on an imagined panacea model.
Last edited: Dec 1, 2016
Reactions: Naimfan, scotttnz, DeepIn2U and 3 others

Excited to have 3 iPhone models with 5 colours each to choose from.

Well we all know the iPhone 7 is just a filler because the parts for the 8 are still too expensive in 2016 and they have to think of the margins! the margins!