Apple today debuted a new Beats Pill+ app for both iOS and Android users, providing a way for those who own the new Beats Pill+ speakers to control the speakers, check power levels, download software updates, adjust sound levels, and link multiple speakers together for different effects. There are three modes in the app, listed below. 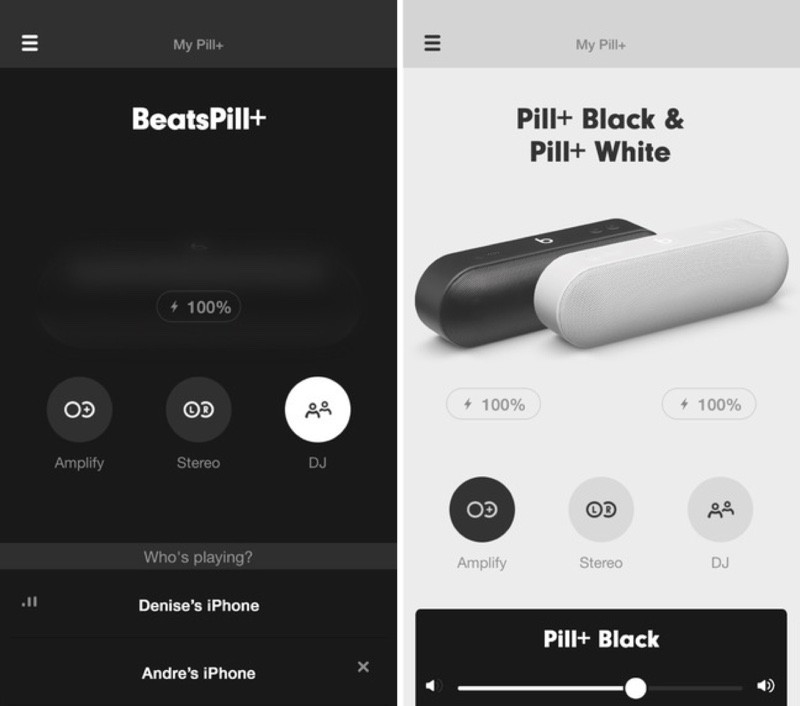 DJ - Grab a friend and control the music from two Bluetooth(R) sources.

Amplify - Add a second Beats Pill+ into the mix and simultaneously play from both for a sound that's twice as full.

Stereo - Use two Beats Pill+ speakers as left and right output for an even more dynamic sound experience.
Click to expand...

Beats Pill+ marks the first time Apple has released an app on both the iOS and Android platforms simultaneously, and it's the second Android app that Apple has debuted after introducing the Move to iOS app earlier this year. Apple plans to introduce additional Android apps in the future, including an Apple Music app.

The new Beats Pill+ app comes just over three weeks after Apple debuted its new Beats Pill+ speakers. The Beats Pill+ is a wireless Bluetooth speaker that's the first Apple has introduced since purchasing the Beats brand in May of 2014. Priced at $229, the speaker is now available in black or white from the Apple Online Store.

Beats Pill+ for iOS can be downloaded from the App Store for free. [Direct Link]

Beats Pill+ for Android can be downloaded from Google Play for free. [Direct Link]

I'm shocked. This article is 30 minutes old. Not only are there no comments, no one bothered to comment the fact that there is a companion Android app.
Reactions: appledefenceforce

I wonder if it's better than the UE Boom... (Which is amazing)
J

How much you wanna bet the Android version will get flooded with negative comments by people who don't even own the product?
Reactions: Stirlo, Hezzaa, appledefenceforce and 1 other person

newyorksole said:
I wonder if it's better than the UE Boom... (Which is amazing)
Click to expand...

Most likely not. That speaker is phenomenal.

I have the speaker in my kitchen. It looks great, very Apple-like in it's simplicity (as opposed to old Beats designs). Sounds really good. Don't see any need for the app, though, but I have it connected to an Airport Express. I'd be interested in trying out the wireless stereo pairing, if they weren't so expensive and could actually afford to have 2.
Reactions: Icaras

Lexdexia said:
How much you wanna bet the Android version will get flooded with negative comments by people who don't even own the product?
Click to expand...

It already is :O
Reactions: appledefenceforce

I bet they just asked the beats employees to do it not themselves.
B

akfgpuppet said:
It already is :O
Click to expand...

Just had a look at the reviews for the Android version. There are some really sad people in this world if thats all they spend their time doing. How sad!

patent10021 said:
lol thats actually a big no no in their dev "guidelines" (well traditionally)
Click to expand...