As expected, Apple has just released iOS 6 to the public, making the download available to users of recent iPad, iPhone, and iPod touch models. Users can obtain the update either by connecting their devices to iTunes and clicking the "Check for Update" button or checking for over-the-air updates on their devices via Settings -> General -> Software Update. It may, however, take a few minutes for the update to propagate to all users. 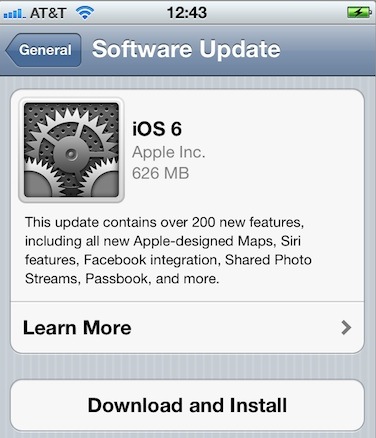 Not upgrading, waiting to use iOS 6 on my new phone!
J

The new Map app sucks! There is no longer transit routing available for my city. All it does is to show me an empty list of apps that may have routing capability.
Last edited: Sep 19, 2012

deannnnn said:
Not upgrading, waiting to use iOS 6 on my new phone!
Click to expand...

Identical on 4S and 5, so that's a somewhat futile exercise. And it's if anything smoother on the 4S than iOS 5 was, with no loss of speed.
B

Looking forward to being able to properly use Passbook!

Update not yet available on my side..

It's not out yet here.

Nothing for me yet
M

Looking forward to test out the new maps!
C

Been looking forward to this.

/fires up iPad2 and iPhone
B

Here we go The time is here!
U

I am curious as well!
B

Don't see it yet

Still no iOS 6 love here in the UK ... clicking Check For Updates like a madman.
I

Not available yet on my iPad 2 or iPhone 4.
K 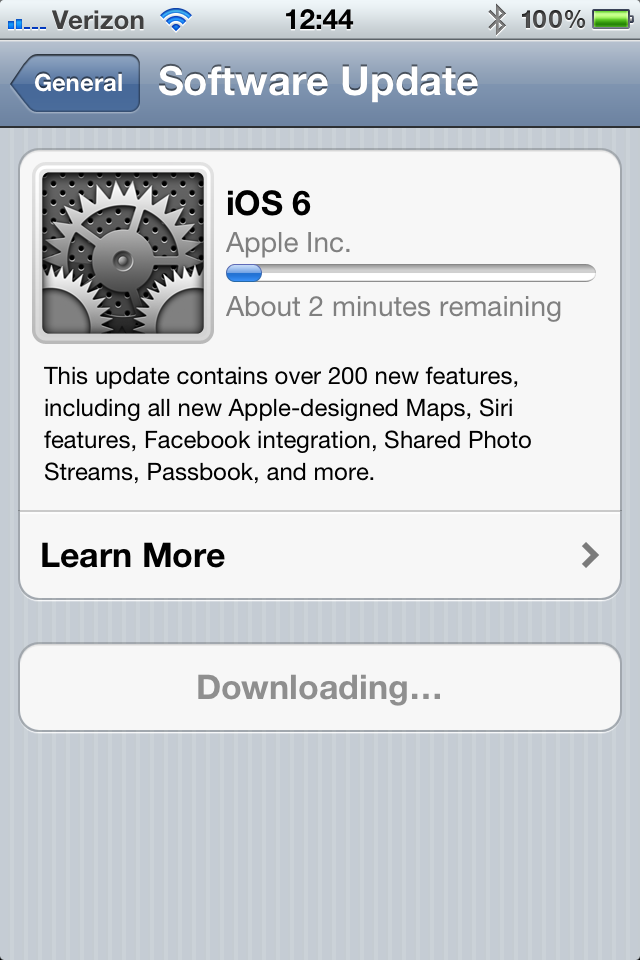 sweet...now my wife can start using the new IOS6 until instead of waiting for her new iphone5
D

But as many testers pointed out: Google Maps and StreetView seem to be more useful (especially outside the US) and with more detailed maps and info than Apple's Flyover.

Any feedback? I will probably refrain from upgrading until Google releases a stand-alone Maps app for iOS6.

(And it may well be that Apple takes its time to approve it...)

Not showing in Florida.

I have jack in itunes or on my ipad3
You must log in or register to reply here.

MacRumors.com News Discussion Friday at 4:25 PM
Unregistered 4U
U