Apple today seeded the third betas of iOS and iPadOS 15 to public beta testers, allowing non-developers to download and test the new updates ahead of their fall release. The third public betas come two weeks after Apple released the second public betas. 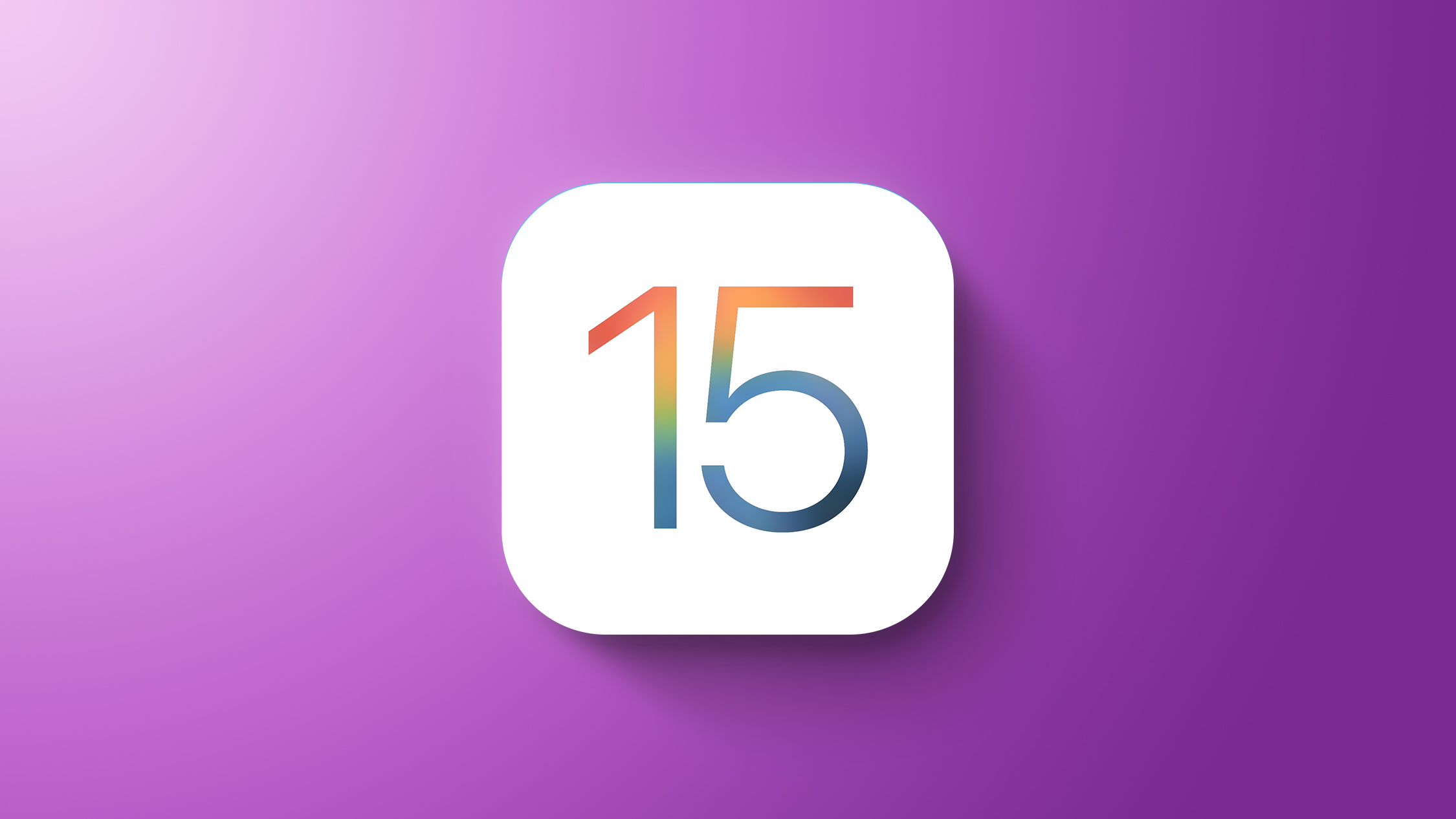 Public beta testers who have signed up for Apple's beta testing program can download the iOS and iPadOS 15 updates over the air after installing the proper certificate from the Public Beta website.

iOS 15 is adds new features for FaceTime, tools for reducing distractions, updated notifications, and privacy enhancements. FaceTime supports SharePlay for watching TV, listening to music, or screen sharing with friends, while a Shared with You feature keeps track of the songs, website links, pictures, and more that friends send you.

Focus is designed to help keep you on task by cutting out notifications you don't want while you're busy, and there's a new notifications summary feature that prevents you from being inundated with unimportant notifications throughout the day.

Safari has a redesigned look with a compact tab bar that's located at the bottom of the screen, plus Tab Groups let users save open tabs for later. Maps has a new zoomed out globe view and a new 3D view in select cities, plus there's more road detail and an AR-based walking direction feature.

The Wallet app will support IDs and more kinds of keys in iOS 15, and Photos gains updates to Memories and a new Live Text feature that uses on-device intelligence to recognize the text in an image, making it searchable and copyable. Spotlight is better than ever, and processing for Siri requests is now done directly on device.

Mail Privacy Protection in the Mail app stops senders from seeing your IP address and knowing if you've opened up an email, and an App Privacy Report gives you details on how often apps use permissions like camera and location access.

There are a ton of other new features available in iOS and iPadOS 15, with full details available in our roundup. Today's beta introduces additional tweaks for Safari, adds MagSafe Battery Pack support, and more.

Apple has also seeded new public betas of tvOS 15 and watchOS 8 to its public beta testing group. tvOS 15 can be downloaded by opening up the Settings app on the ‌Apple TV‌, navigating to the Software Updates section under "System," and then toggling on "Get public Beta Updates" after signing up to beta test on Apple's public beta website.

watchOS 8 can be downloaded can be downloaded after upgrading your iPhone to the public beta version of iOS 15. After installing ‌iOS 15‌, the proper ‌watchOS 8‌ profile from Apple's beta software website must also be installed. The software can be accessed by going to General > Software Update in the Apple Watch app on ‌iPhone‌. To update, ‌Apple Watch‌ needs to have 50 percent battery life, it must be placed on the charger, and it must be in range of the ‌‌‌‌‌‌‌‌iPhone‌.

Good looking forward to fixes/changes in this PB

Has anybody else been having an issue where the iPad M1 12.9 won't turn itself on after running out of battery? And needs a hard restart? Hopefully this fixes it!

I really need to get those app icons resized in iPadOS.
Reactions: Babygotfont

Please Juli, can’t you go back to splitting the PB release info into separate articles? (for a better explanation, pls see my comments at the last PB article.)

Not fair to have to wade through, for example, unrelated posts for everything else when one is looking for info and comments on a specific OS. In my case I’m interested in Watch which gets the fewest comments and have to wade through iOS ipOS tV, etc. it’s a lot easier for readers to scroll past separate articles than to sift through a jumble of comments.
Reactions: richard4339, EightBitJoe, michaelnugent and 5 others

In case anybody is wondering, Hide My Email is still limited to 100 unique emails. (I still need can 150 more to convert all o/l accounts to the HME standard.). Am happy with the new authenticator. Private Relay is improving. But all these things should be bundled into passwords with Sign In with Apple so everything is in one place and one can keep an overview and use these features without having to jump into and out of different sections of Settings (especially because Passwords isn’t very robust at capturing and updating changes in credentials.)
Reactions: steve62388, Digger148, Babygotfont and 4 others
S

does anyone know if this beta supports apples new iPhone battery pack?
Reactions: Babygotfont
B

Yes it does.
Reactions: Babygotfont
J

Thank you so much for combining these articles! Discussion about betas should remain in forums. Headlines should remain concise. Great job.
Reactions: EightBitJoe, Babygotfont, fahlman and 1 other person
O

There are some updates to Fitness+ in the new beta as well. Would be great if y'all could mention those in articles as well!
Reactions: Babygotfont
D

It feels the most smooth of all iOS 15 betas so far.
Reactions: Babygotfont, michaelnugent and travis64
D

oy1007 said:
There are some updates to Fitness+ in the new beta as well. Would be great if y'all could mention those in articles as well!
Click to expand...

Oh what did they add? I’m curious
Reactions: Babygotfont
T 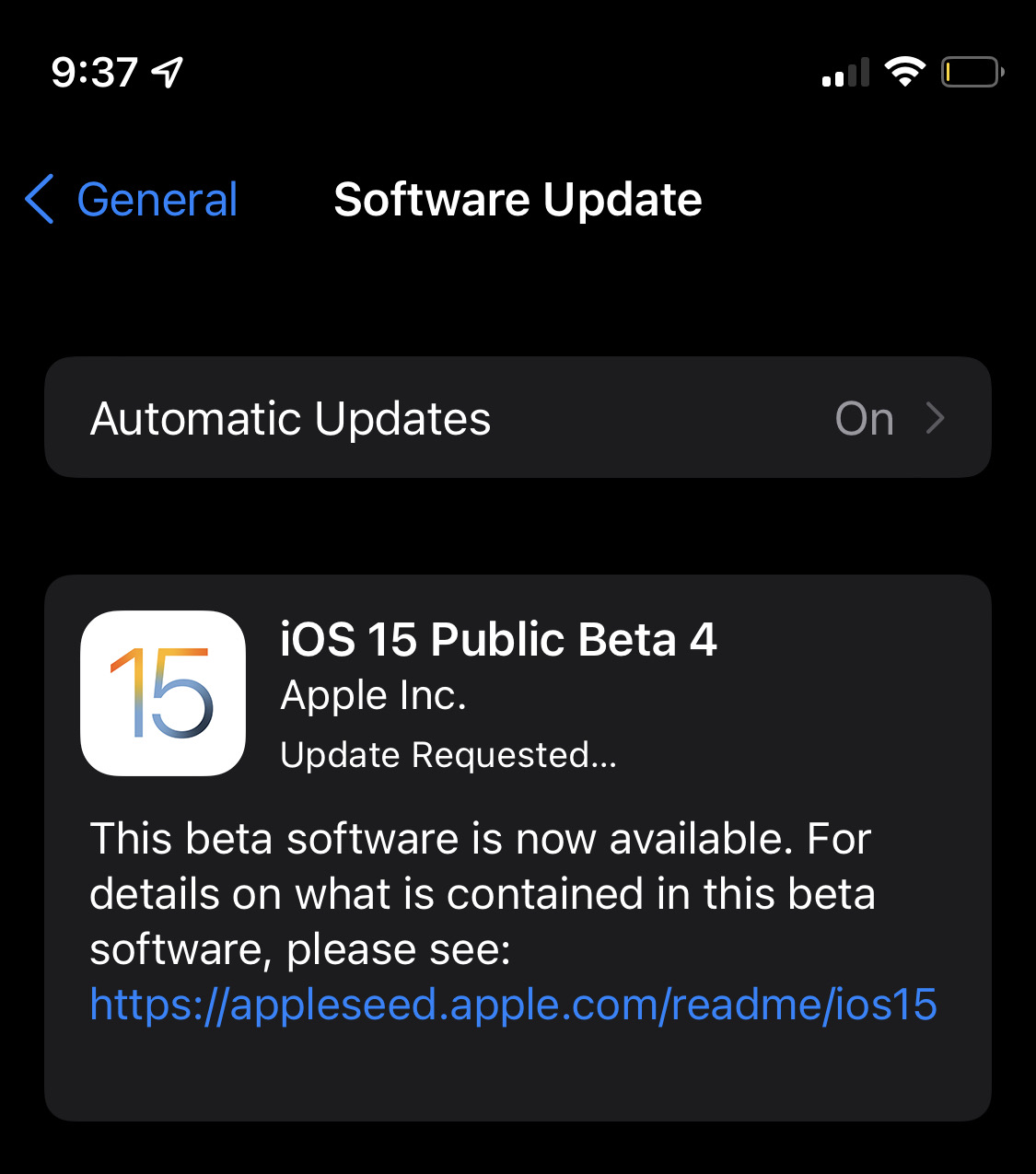 Definitely prefer the safari tabs and address bar with this latest beta
Reactions: Babygotfont and kfury77

Weird: Safari refresh button available directly in the search bar on iOS 15 but not on iPadOS 15. Am I missing something?
O

dominiongamma said:
Oh what did they add? I’m curious
Click to expand...

Robert.Walter said:
Please Juli, can’t you go back to splitting the PB release info into separate articles?
Click to expand...

I had apps loading from the right side of the display, like turning pages of a book, for the first couple of days with this release. I really liked that. Also, (universal) Search was a no show. As of this morning Search has returned and apps are loading in the traditional iOS manner.
You must log in or register to reply here.
Share:
Facebook Twitter Reddit Email Share Link
Register on MacRumors! This sidebar will go away, and you'll see fewer ads.
Sign Up
Top Bottom