Apple today seeded the fifth beta of an upcoming tvOS 10.2.2 update to developers for testing purposes, two weeks after seeding the fourth beta of tvOS 10.2.2 and over a month after releasing tvOS 10.2.1, a minor bug fix update.

tvOS 10.2.2 is only available for the fourth-generation Apple TV. Registered developers can download the update by connecting the Apple TV to a computer with a USB-C cable and installing the beta software using iTunes. Once a beta profile is installed, new updates will be received over-the-air. 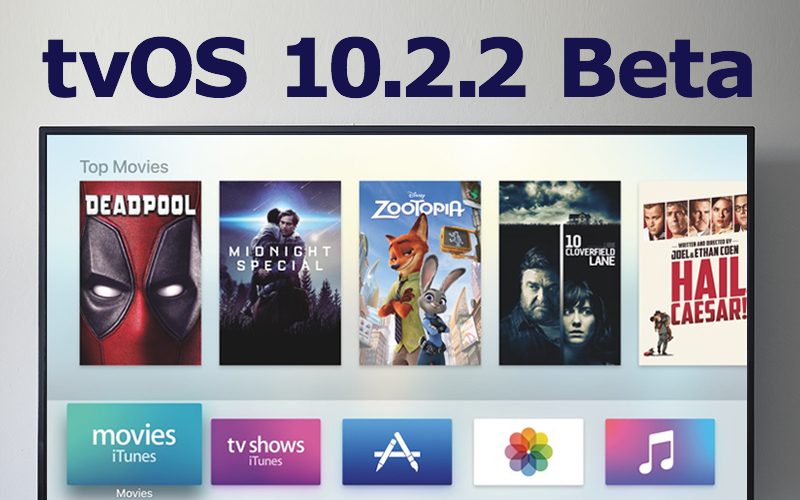 No major feature changes or bug fixes were discovered in the first four betas of tvOS 10.2.2, so it appears the update focuses on minor under-the-hood improvements and security enhancements.

tvOS 10.2.2 will be one of the last updates to the tvOS 10 operating system as Apple is already working on the next-generation version of tvOS, tvOS 11. tvOS 11 is currently available for developers and public beta testers.

Awesome! I've been waiting for this beta for more than two weeks now. Cause my apple TV battery is draining so terribly
Reactions: JRobinsonJr, rwilliams and LinkinJunior
Comment
D

Just what I came to say! Give me new iOS 11 beta too!
Reactions: Icaras
Comment

We need new ios 11 beta, I know apple dont read this but in case they do
Reactions: Icaras
Comment

So, the new Computers, Home Sharing was redesigned and no one noticed?
Comment

Avieshek said:
Forget this nonsense. RED just announced a phone and it's burning the internet. Why is MacRumors so Slow..!
Click to expand...

“Burning” the internet?? Surely, you jest. A 1st gen, $1200-$1500 piece of vaporware is hardly anything worth more than a fleeting mention. Classic marketing crap from RED...