Apple today seeded the first beta of an upcoming tvOS 11.4 update to developers for testing purposes, a little under one week after releasing the tvOS 11.3 update.

Designed for the fourth and fifth-generation Apple TV models, the new tvOS 11.4 developer beta can be downloaded onto the Apple TV via a profile that's installed using Xcode. 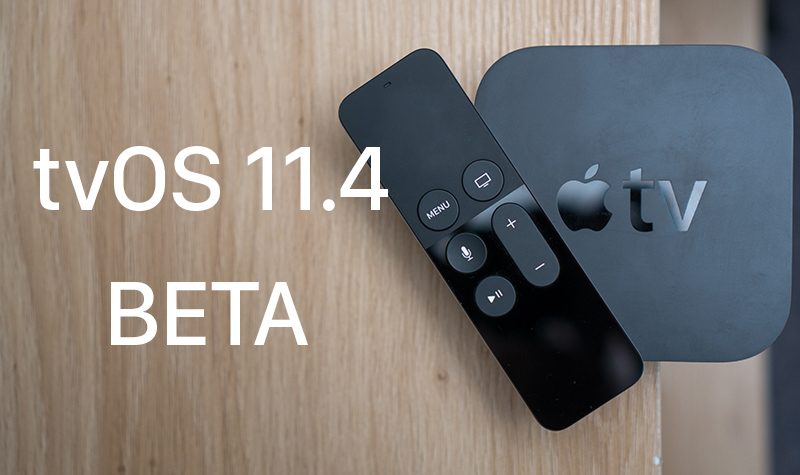 It's not yet clear what new features the tvOS 11.4 update will bring, but it's likely to include bug fixes for issues that have been discovered since the release of tvOS 11.3.

We'll update this post should any new features be found in the update.

Can't find this yet

MLVC said:
Can't find this yet
Click to expand...

Are you an Apple developer?

Solver said:
Are you an Apple developer?
Click to expand...

Yes otherwise I would understand why I can’t see this...
Reactions: martyjmclean, H3LL5P4WN, riclf and 1 other person

MLVC said:
Yes otherwise I would understand why I can’t see this...
Click to expand...

After logging on, I see it on the Apple developer download site with the other betas mentioned.
https://developer.apple.com/download/
What do you see there?

Edit:
Sorry! I thought this was about the iOS 11.4 beta.
I get the these results on my Apple TV, “Your Apple TV is up to date”

The ATV itself says it’s up to date

MLVC said:
The ATV itself says it’s up to date
Click to expand...

I have the same issue.. bth my ATVs do this.. they update in a few hours after. very annoying
Reactions: slicecom

You Have to reinstall the developer profile for 11.4

Some how "Get Beta Updates" got turned on. Turned it off then...update available.

SurfMacJpMtb said:
Some how "Get Beta Updates" got turned on. Turned it off then...update available.
Click to expand...