Apple today seeded the first beta of an upcoming watchOS 8.3 beta to developers for testing purposes, with the new software coming just a few days after the release of watchOS 8.1.

To install ‌‌‌watchOS 8‌‌‌.3, developers will need to download the configuration profile from the Apple Developer Center. Once installed, ‌‌‌watchOS 8‌‌‌ can be downloaded through the dedicated Apple Watch app on the iPhone by going to General > Software update.

To update to new software, an Apple Watch needs to have 50 percent battery life, it must be placed on the charger, and it needs to be in range of the ‌‌‌iPhone‌‌‌.

We don't yet know what's new in the watchOS 8.3 update, but if new features are found, we'll update this article.

My guess is 8.2 is coming soon without any betas. Were there any major features showcased at WWDC that didn't make the 8.0 or 8.1 cut that may go into 8.2?

Dwalls90 said:
My guess is 8.2 is coming soon without any betas. Were there any major features showcased at WWDC that didn't make the 8.0 or 8.1 cut that may go into 8.2?
Click to expand...

I think screenshots show that it’s 8.3 though.
M 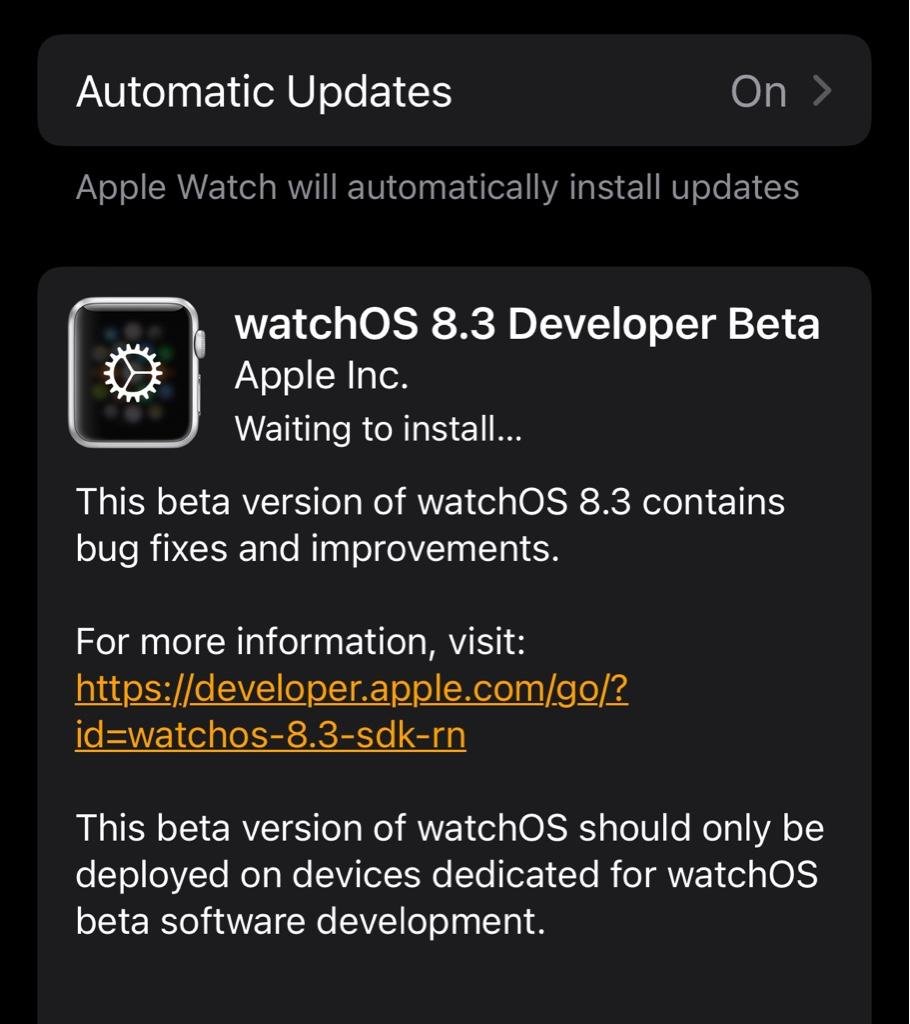 Voicemail transcripts????? A feature in WatchOS 7 but missing from 8??

I guess it will be out on November 3rd when Fitness+ will be released to Europe
Reactions: Dwalls90
S

Odd that they skipped 8.2
Reactions: TheYayAreaLiving 🎗