Apple today seeded the second beta of an upcoming watchOS 7.3 beta to developers for testing purposes, with the beta available a month after the release of the first beta and over a month after the launch of watchOS 7.2 with support for Fitness+, cardio fitness notifications, ECG updates, and more. 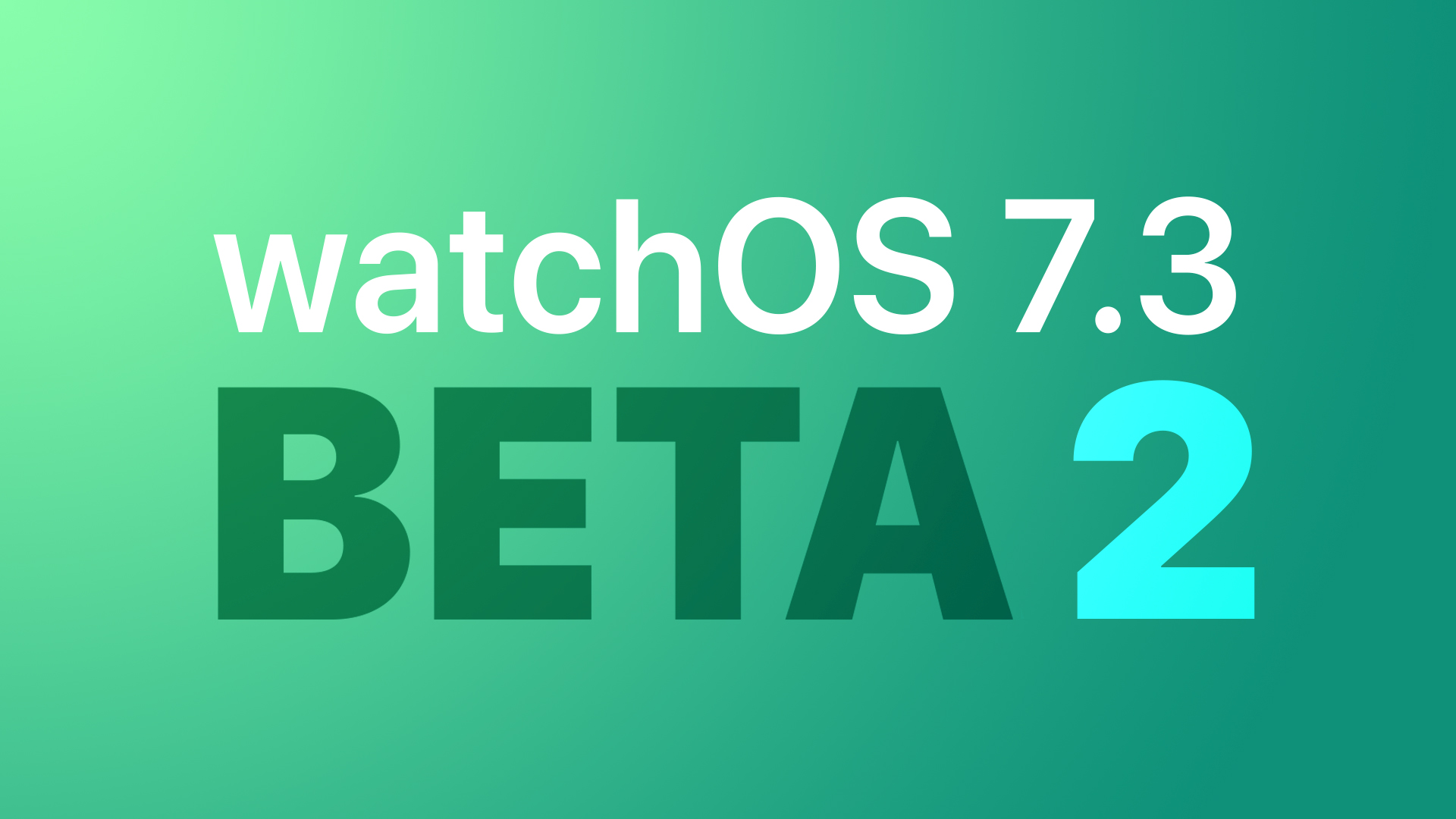 To install the ‌watchOS 7.3 beta, developers need to download the proper configuration profile from the Apple Developer Center. Once the profile is in place, the ‌‌‌watchOS 7‌‌‌.3 beta can be downloaded through the dedicated ‌Apple Watch‌ app on the iPhone by going to General > Software Update.

To update to the new software, the ‌Apple Watch‌ needs to have 50 percent battery life, it must be placed on the charger, and it must be in range of the ‌‌‌‌‌iPhone‌‌‌‌‌.

There's a new Apple Watch setting labeled "Time to Walk," which suggests that Apple could be planning to add guided walking workouts in the watchOS 7.3 beta. The feature is not functional at this time, but it could be introduced in a later beta. "Time to Walk Workouts are downloaded when Apple Watch is connected to power and near your iPhone. Completed workouts are deleted automatically," reads the setting.

There's no word yet on what else might be new in watchOS 7.3, but it likely includes bug fixes for issues that weren't able to be addressed in the watchOS 7.2 update.

I just want a battery life indication on the bedtime screen. I’m so tired of having to roll the crown to wake up my watch at bedtime just to see if I have enough power to make it through the night.
Comment

I'm loving this! So far so good in early testing. So smooth. Thank you, Apple!
Reactions: Braderunner
Comment

How about an update in which I don't have to wipe my watch each time I want to update it due to "lack of space"? I barely have anything on this, other than the default stuff. How am I always out of space?
Reactions: stx66
Comment

chinito77 said:
How about an update in which I don't have to wipe my watch each time I want to update it due to "lack of space"? I barely have anything on this, other than the default stuff. How am I always out of space?
Click to expand...