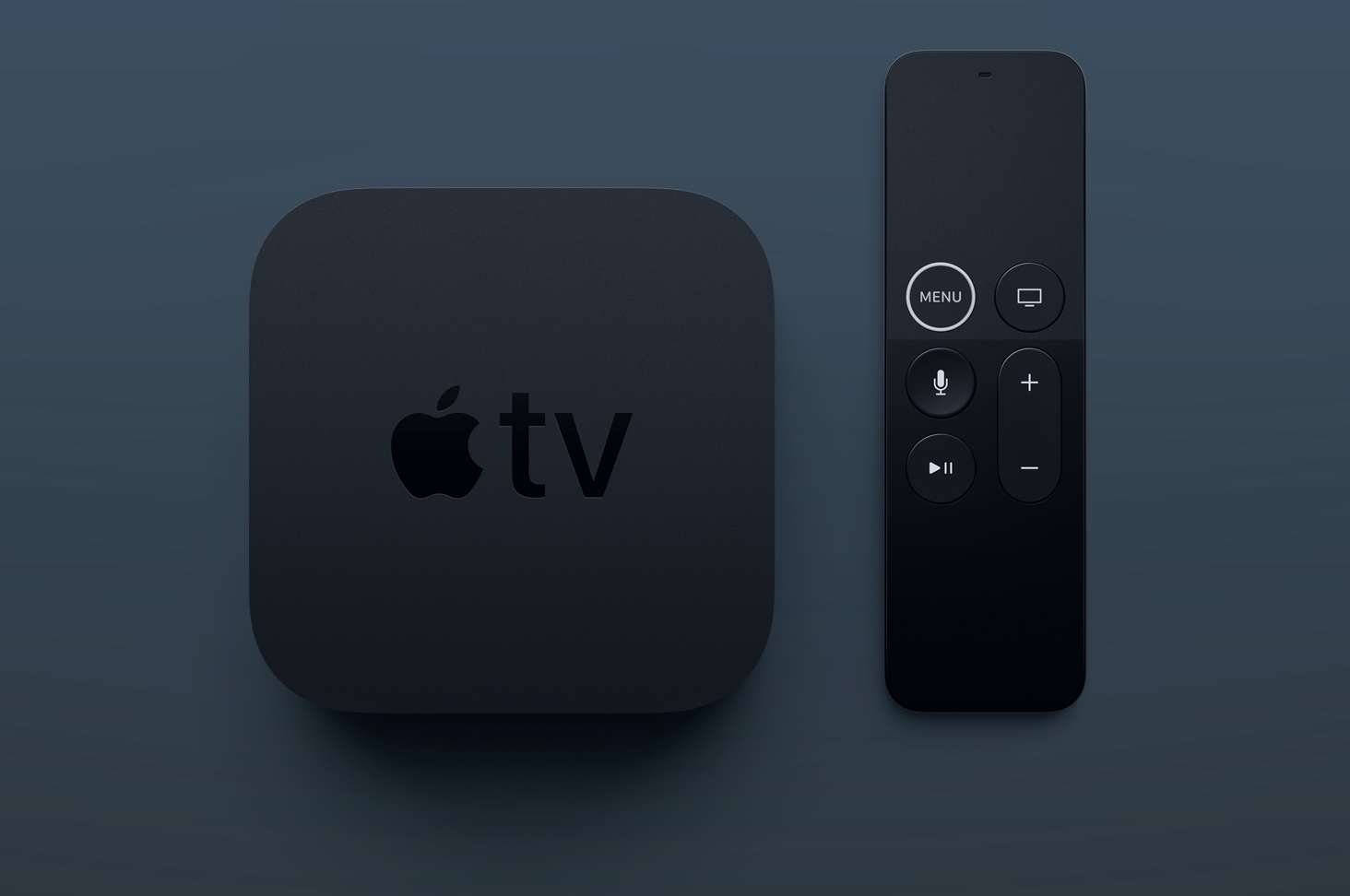 Designed for the fourth and fifth-generation Apple TV, the tvOS 14.5 developer beta can be downloaded onto the ‌‌‌‌‌‌‌‌Apple TV‌‌‌‌‌‌‌‌ via a profile that's installed using Xcode.

tvOS 14.5 brings support for the latest PlayStation 5 DualSense and Xbox Series X controllers, which can be used to play games from the tvOS App Store and Apple Arcade. 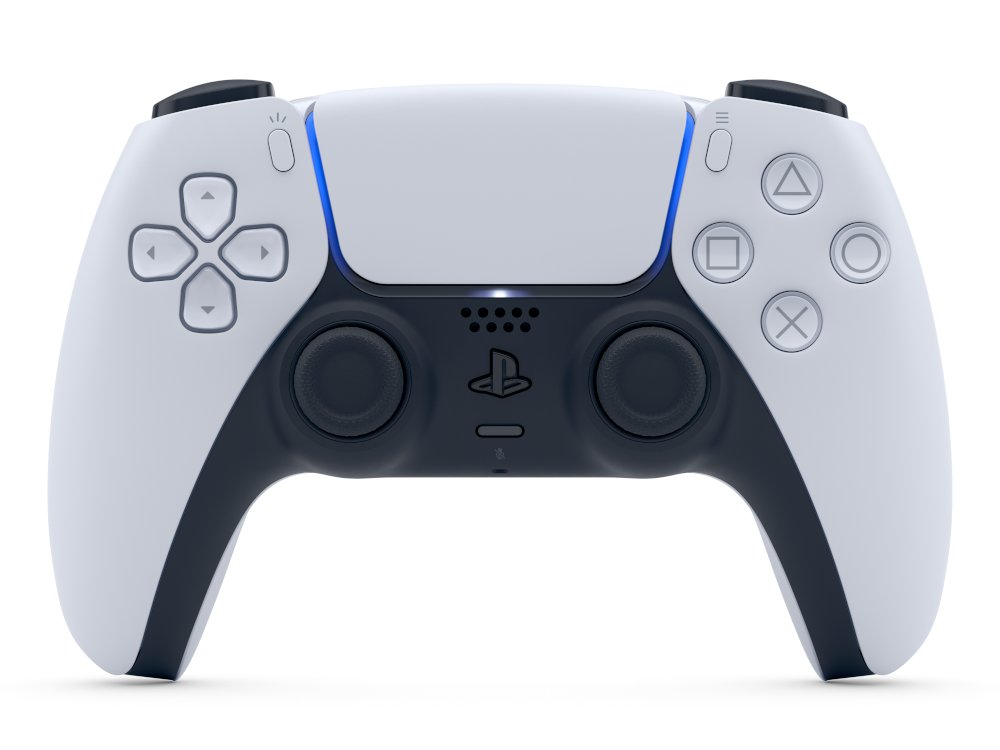 Support for the new controllers has also been included in iOS 14.5 and iPadOS 14.5, so the latest gaming controller options from Sony and Microsoft are now compatible with Apple's product lineup.

We don't yet know if there's anything else included in tvOS 14.5 in terms of features because tvOS updates are often minor in scale, but the release of tvOS will see Apple begin enforcing its new App Tracking Transparency rules, with developers now required to ask for and receive a user's permission to access their random advertising identifier (known as the IDFA) to track user activity across apps and websites for ad customization purposes.

Going forward, when an app wants to access a person's advertising identifier on tvOS, users will have a prompt with options to "Allow Tracking" or "Ask App Not to Track." Selecting "Ask App Not to Track" will prevent the app's developer from accessing the user's IDFA, and developers will also have to respect the user's tracking preference and refrain from using other invasive cross-app tracking methods.

Backstory: The Appletv hardware has never supported integer frame rates such as 24.000 FPS. Only fractional frame rates are supported such as 23.976 FPS. This is usually fine however there is more and more content, especially on Netflix that is produced at 24.000 FPS. So there is a skipped frame every 41 seconds or so. The viewer would see a stutter in the content. People like myself have been blasting on the forums and Apple feedback that their hardware doesn’t support a widely used FPS operation. (Side note, most if not all other streaming boxes that are much cheaper support both fractional and integer frame rates)

Two weeks ago: tvOS beta 14.5 beta 1 did something never seen before… it added support for 24fps!! However! They removed support for 23.976fps! With this configuration it presents a similar but opposite issue. Frame doubling when playing back 23.976fps material. It’s being forced to play it at 24fps.

Since beta 2 was released today we will see very shortly what steps Apple has taken to rectify the situation, but considering how our input has fallen on deaf ears for almost 4 years, I’m not too hopeful. So Macrumors please make a post about this in the likely event it’s not fixed today to support both fractional and integer frame rates. I can give links to other forums with better information if needed. Thank you.

EDIT: Well it appears in tvOS 14.5 beta 2 both fractional and integer frame rates are supported!!! Truly a day to celebrate!!
Last edited: Feb 16, 2021
Reactions: maestrokev, Sperious, IT Troll and 10 others
B

Hopefully, this fixes the issue that I've had with the Music app crashing.

Is the issue resolved with fast forward and pause of Home Sharing content freezing?
U

Well it appears in tvOS 14.5 beta 2 both fractional and integer frame rates are supported!!! Truly a day to celebrate!!

Macrumors, I still think this is news worthy considering how long it’s been an issue. It would be a positive post that it’s finally fixed and hopefully it would pressure them to not do something stupid like remove the change. Lol
Reactions: IT Troll, jairopena and Ewan Hoozarmy
J

Now that the frame rate is finally resolved I just hope for bitstream audio, or at least something that makes PCM louder. I’m using a Sony DH790 receiver and PCM outside Atmos is low compared to DD+
Reactions: upandown

I hope synching audio per resolution setting will get a more prominent place. Give the user the option to sync audio for all available resolutions (cycle through them while doing the audio sync, instead of having to select one from the list and restart the process every time).

Clearly indicated with a checkmark or so which resolutions have synched audio, and also give an option to show which exact resolution (+ frame rate and HDR mode) an app such as Netflix switched to.

Using an Apple TV 4K and a Sony A1, as well as a stereo pair of Homepods, the audio is frequently out of sync depending on the display mode Netflix or an other app chooses. Finding out which one it is, then manually synching that one (again) is quite painful.
Reactions: Sperious

Realityck said:
I noticed with tvOS 14.5 beta 1 that the custom resolutions using DV got rid of 4K 24Hz and made it 30Hz, is that still the case with beta 2?
Click to expand...

It is. Hopefully it gets added back with the next beta.
Reactions: Realityck
I

Disappointing that MR haven’t updated the article with the frame rate support news. I would argue that this is more report worthy than support for new game controls.
Reactions: upandown

Please fix the dumpster fire which is the non-functioning Library tab in the Apple TV app. It does not work, yet “purchases” elsewhere does.
Last edited: Feb 16, 2021
Reactions: grahamwright1

Apple TV User said:
Using an Apple TV 4K and a Sony A1, as well as a stereo pair of Homepods, the audio is frequently out of sync depending on the display mode Netflix or an other app chooses. Finding out which one it is, then manually synching that one (again) is quite painful.
Click to expand...

Hmm, are you saying that performing the built in audio sync thingy will save separate sync data for each combination of resolution, frame rate and color space? I had no idea.


IT Troll said:
Disappointing that MR haven’t updated the article with the frame rate support news. I would argue that this is more report worthy than support for new game controls.
Click to expand...

I agree. However, this is probably why it took Apple several years to fix this. Most people don’t care, understand or even see the issue hence no article updated.
I

Sperious said:
Most people don’t care, understand or even see the issue hence no article updated.
Click to expand...

Yeah, probably doesn't warrant as much page coverage as the latest round of ground-breaking emoji tweaks. But a mention would be nice.
Reactions: Sperious

Note the Public Beta of this beta2 (tvOS 14.5) is available now that the Macrumors site is back up
Reactions: upandown
D

What about raised blacks in dolby vision? Any word on this?

Not really beta-related, but I'm still surprised that, considering its strong ecosystem requirements, sandboxing, etc., that Apple has allowed so many ATV apps not to integrate with the TV app, for "Up Next" and the like. Is it that their bargaining-power for ATV was that weak against YouTube and Netflix?
L

So bummed. I have an Apple TV 4K, didn’t do my homework and acquired a brand-new Xbox controller. Realizing it wouldn’t work with the latest stable tvOS build, I tried to download the most recent beta. Now it hangs at about 97% installed. Bricked!
You must log in or register to reply here.
Share:
Facebook Twitter Reddit Email Share Link
Register on MacRumors! This sidebar will go away, and you'll see fewer ads.
Sign Up
Top Bottom