Apple today seeded the seventh beta of an upcoming watchOS 7 beta to developers, one week after releasing the sixth beta and two months after unveiling watchOS 7 at the Worldwide Developers Conference. 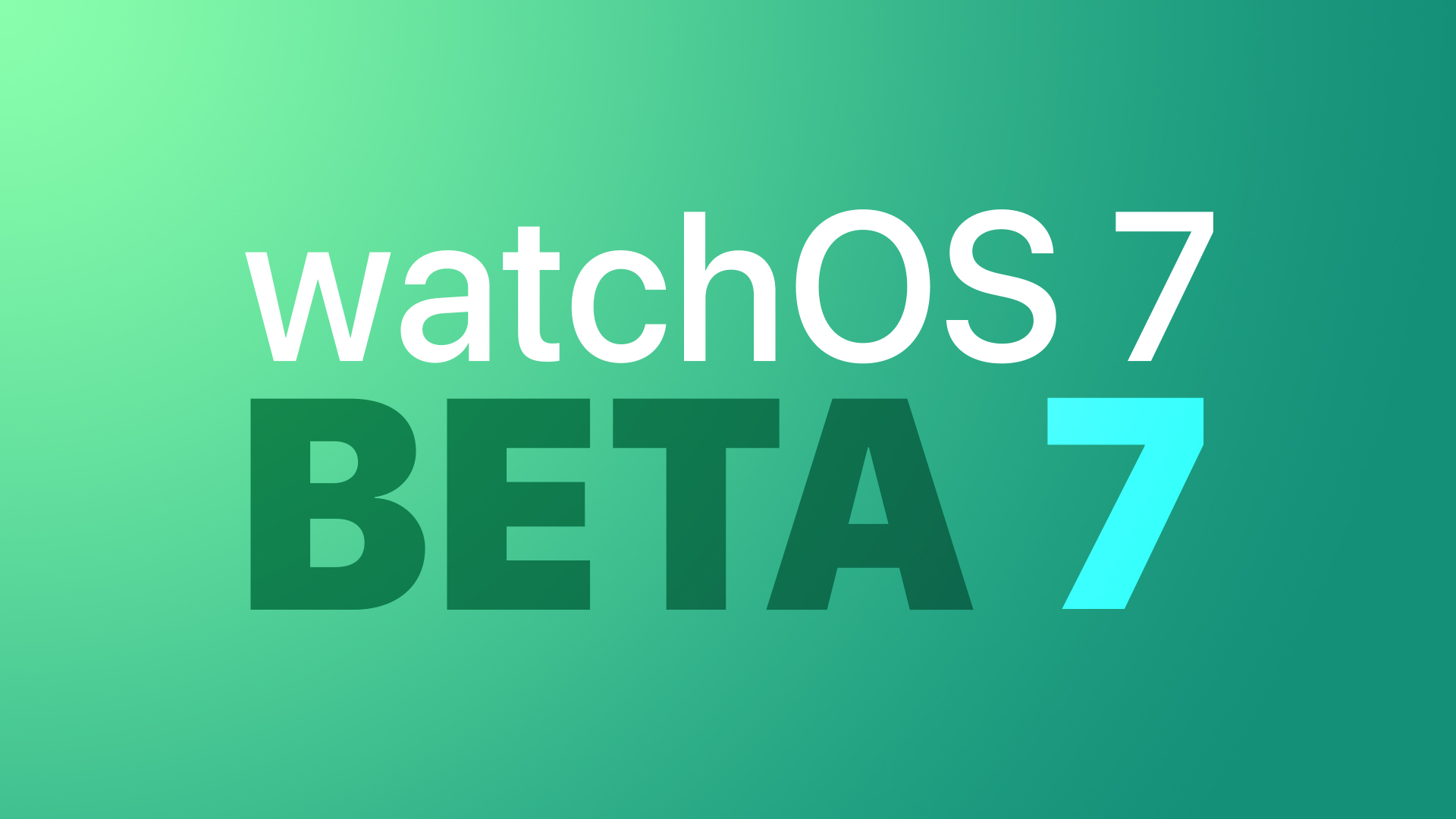 To install the watchOS 7 beta, developers need to download the proper configuration profile from the Apple Developer Center. Once the profile is in place, the ‌watchOS 7‌ beta can be downloaded through the dedicated ‌Apple Watch‌ app on the iPhone by going to General &gt; Software Update.

To update to the new software, the ‌Apple Watch‌ needs to have 50 percent battery life, it must be placed on the charger, and it must be in range of the ‌iPhone‌. It would be wise to install the beta on a secondary device rather than a primary device as this is an early version of the watchOS software that could have bugs that still need to be addressed.

watchOS 7 brings a new watch face sharing feature that lets you share your watch faces with others through Messages or Mail, the App Store, through websites, or through social Media. 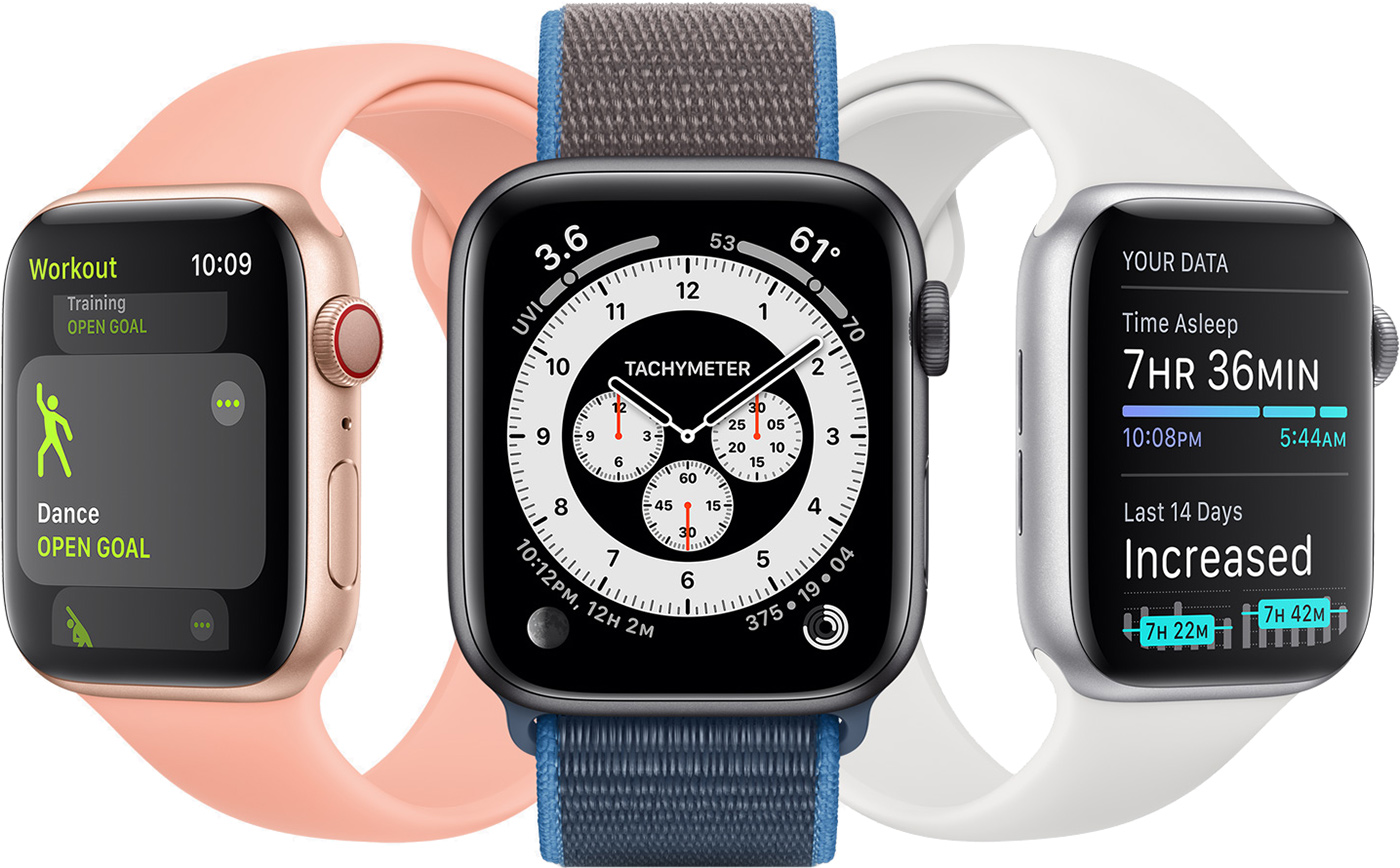 There are new Chronograph Pro watch faces, plus a filter option for the Photos face and rich complications for the X-Large face. Developers can now offer more than one complication per app, and Apple has introduced new complications for Shortcuts, Moon phases, the World Clock, and more.

‌watchOS 7‌ introduces a new Sleep Tracking feature for the first time that uses the ‌Apple Watch‌'s accelerometer to detect small movements associated with breathing when asleep. Sleep Tracking provides information on sleep duration and offers a Wind Down feature for helping users get ready for bed to increase sleep times.

Putting the Apple Watch in Sleep Mode turns on Do Not Disturb and automatically darkens the watch screen while you're sleeping, while an alarm feature uses haptic feedback or gentle sounds to wake you up with a greeting and a weather report.

In addition to Sleep Tracking, Apple also added a new handwashing tracking feature to help people wash their hands for at least 20 seconds. There's a 20-second countdown timer that comes up whenever the ‌Apple Watch‌ detects handwashing motions and sounds, and the Health app will also show the frequency and duration of the user's handwashing. 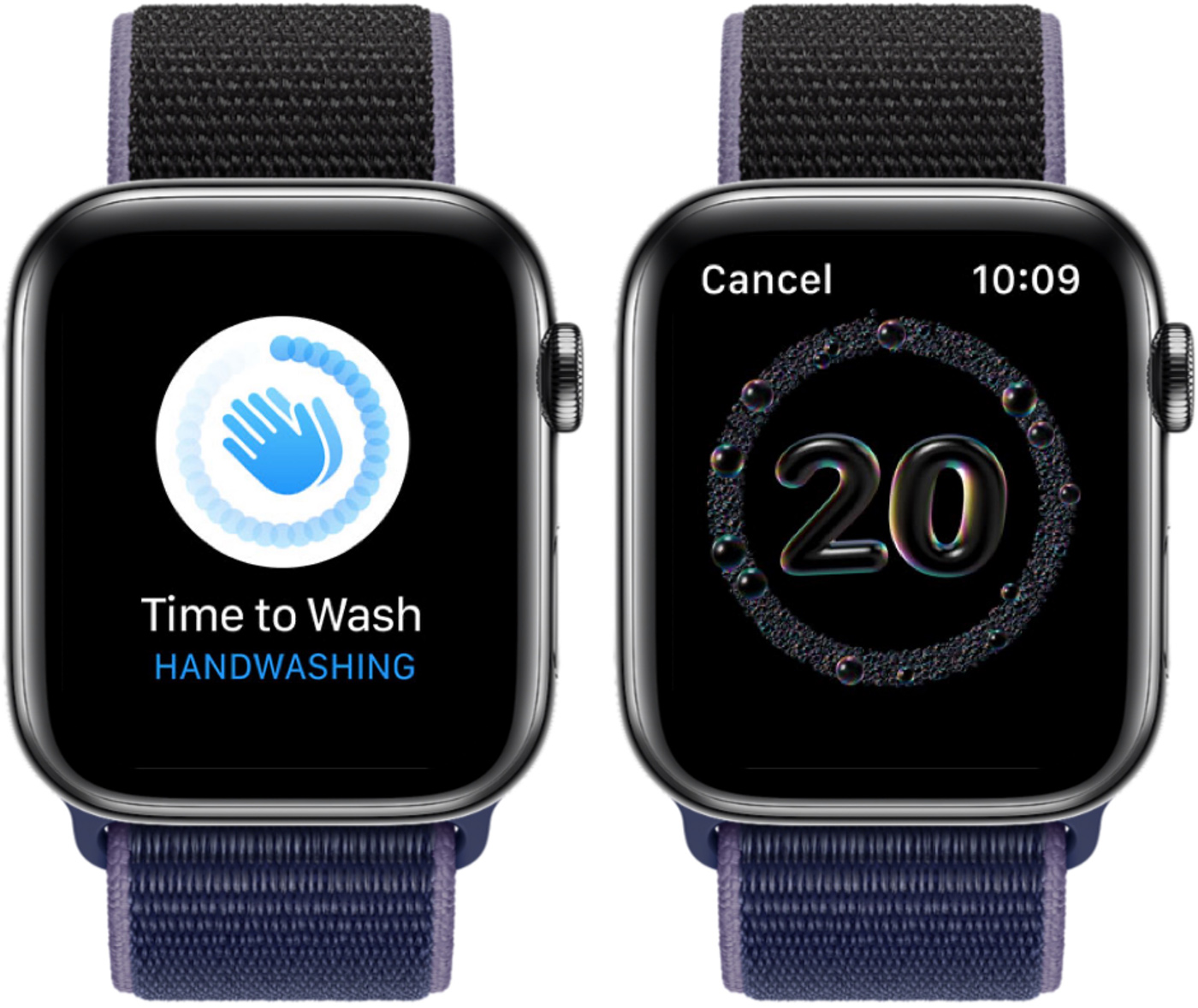 Additional details on the other new features in watchOS 7 can be found in our watchOS 7 roundup.

Did they shoot their wad a bit too soon? I’m not seeing it here in TN yet.
Comment

Is this the GM version???
Reactions: Jose Figueroa
Comment

With watchOS Beta now ahead of iOS this should be the biggest hint yet of the separate product announcements.
Last edited: Sep 1, 2020
Reactions: Mikeyde1989
Comment

Theyayarealivin said:
Is this the GM version???
Click to expand...

GM will be after they announce the new watches with new features
Reactions: Stargher, Sdtrent, TheYayAreaLiving and 1 other person
Comment

mppn said:
GM will be after they announce the new watches with new features
Click to expand...

So, a GM version should be expected next week then.
Comment
B

My Series 4 was at 99% when I took it off the charger 6 hours ago. Still showing 99%. Doesn't seem like that is ever going to be fixed.
Comment

This was a very quick install compared to recent betas, and the quality so far seems excellent! Complications updated when starting the watch, all watch faces look great, and scrolling through Settings is fast and smooth. Took an ECG and that worked beautifully as well.

Can't wait for the GM version soon. Very excited to start sharing watchOS 7 to the rest of the world!
Comment

I have tried and tried to install this but iot says I don't have enough space on my Series 3. I even cleared out everything on it and it still said the same thing. I don't get it.
[automerge]1598984586[/automerge]

techish said:
Extremely surprising that Apple hasn’t yet fixed ‘insufficient space’ issue while installing on Apple Watch 3 versions. The issue persisted throughout all betas so far… making it almost impossible to install/test it on Apple Watch 3 series - 8 GB versions 🙁
Click to expand...

Same here. I can't install it at all.
Comment

techish said:
Extremely surprising that Apple hasn’t yet fixed ‘insufficient space’ issue while installing on Apple Watch 3 versions. The issue persisted throughout all betas so far… making it almost impossible to install/test it on Apple Watch 3 series - 8 GB versions 🙁
Click to expand...

Mine has been stuck on downloading for almost an hour.
Comment

That's crazy, mine started at 3pm (only 21 minutes ago) and i just saw that it turned back on and completed the update!
Comment

Mine initially got stuck when I started it a few minutes after 1 PM ET. But after I rebooted the Watch, it installed fairly quickly.

I didn't have any reportable bugs in the last beta, so I can't tell any differences yet.
Comment
N

Still waiting for a macOS update as beta 5 has been terribly buggy, with kernel panics, etc. I also can’t install it on my new 2020 iMac development machine so for the past few weeks I’ve done zero coding. Ugh.
Reactions: jhfenton
Comment

nitramluap said:
Still waiting for a macOS update as beta 5 has been terribly buggy, with kernel panics, etc. I also can’t install it on my new 2020 iMac development machine so for the past few weeks I’ve done zero coding. Ugh.
Click to expand...

Me too. I haven't had any kernel panics other the first time I ran Parallels 16 using the Parallels native hypervisor. But I've had periodic strange system/Finder crashes where everything disappears and I end up back at the login screen. There's been no obvious pattern to the crashes.
Comment

Beta 7 while macos is still on beta 5, what’s up?
Reactions: ErikGrim
Comment

one has incremental updates, while the other has a complete UI overall that's designed for the next generation of hardware. that's what's up.
Reactions: Spartan23R
Comment

That’s the one I’m waiting on. Seems the development cycle is lagging behind compared to the other betas.
Comment

Theyayarealivin said:
Is this the GM version???
Click to expand...