Apple today seeded the third beta of an upcoming iOS 12.4 update to developers, almost one week after seeding the second iOS 12.4 beta, and two weeks after releasing iOS 12.3, a major update that introduced a revamped TV app.

Registered developers can download the new iOS 12.4 beta from Apple's Developer Center or over-the-air once the proper configuration profile has been installed from the Developer Center. 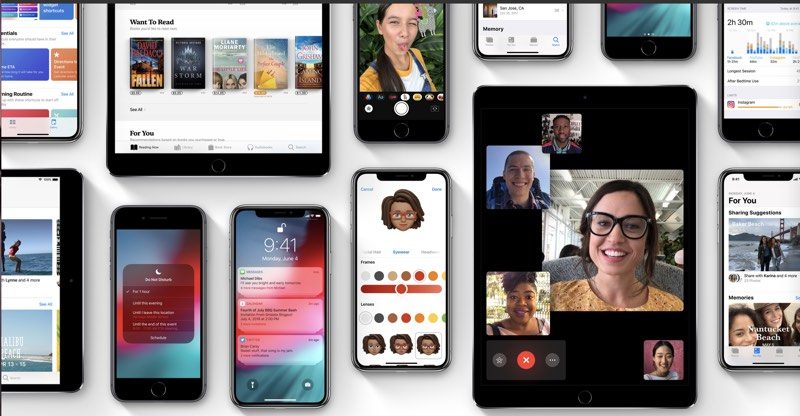 There were no new features discovered in the first two iOS 12.4 betas, so it's not entirely clear what's coming in the update. As a more significant 12.x update, it's possible that the update is focusing on a feature that's not yet available - the Apple Card.

Apple is planning to release the Apple Card in the summer, so iOS 12.4 could be the update that prepares the iOS operating system for that launch, adding hidden features that will be unlocked when the update becomes available to the public.

If we find new features in the third beta of iOS 12.4, we'll update this post.

iOS 12.4 may be one of the last updates to the iOS 12 operating system as Apple transitions to iOS 13, which is expected to be introduced at WWDC in June.

iOS 12.4!has been solid. Hopefully this beta version stays with the trend.
Comment

Good. The second beta was a noticeable drain on battery life.
Reactions: SMacDuff, Donfor39, martyjmclean and 1 other person
Comment

I've had a few "5 second" pauses. Some apps and often on settings.. where it appears to freeze but refreshes in a few seconds. Hopefully this resolves that
Comment

For the poor saps with devices that iOS 13 won't support.
Comment

iOS 12 was and still is a very solid OS, lets hope it will stay that way on iOS 13, I will be on it the moment Apple (
beta)releases it, so, next Monday.
Reactions: onix, martyjmclean and TheAppleFairy
Comment

justperry said:
iOS 12 was and still is a very solid OS, lets hope it will stay that way on iOS 13, I will be on it the moment Apple (
beta)releases it, so, next Monday.
Click to expand...

Well it depends if iOS 13 supports a 5s. I don’t think so, but you never know. I’ll have to live vicariously through you guys.
Comment

justperry said:
iOS 12 was and still is a very solid OS, lets hope it will stay that way on iOS 13, I will be on it the moment Apple (
beta)releases it, so, next Monday.
Click to expand...

While an XS owner, I would have no problem if Apple released iOS12.x to infinity, only to take care of performance optimizations and security updates.
Comment

CarPlay is not recognized when plugged in and when it does recognize it, it disconnects frequently. When it disconnects it shows up as a USB connection and not CarPlay. This has happened to me since updating to iOS 12.4 developer beta 3. I've submitted feedback to Apple already and hopefully they'll fix it.
Reactions: JuanGuapo
Comment
You must log in or register to reply here.
Share:
Facebook Twitter Reddit Email Share Link
Register on MacRumors! This sidebar will go away, and you'll see fewer ads.
Sign Up
Top Bottom