Apple today seeded the third beta of an upcoming tvOS 14.3 update to developers for testing purposes, two weeks after the release of the second beta. 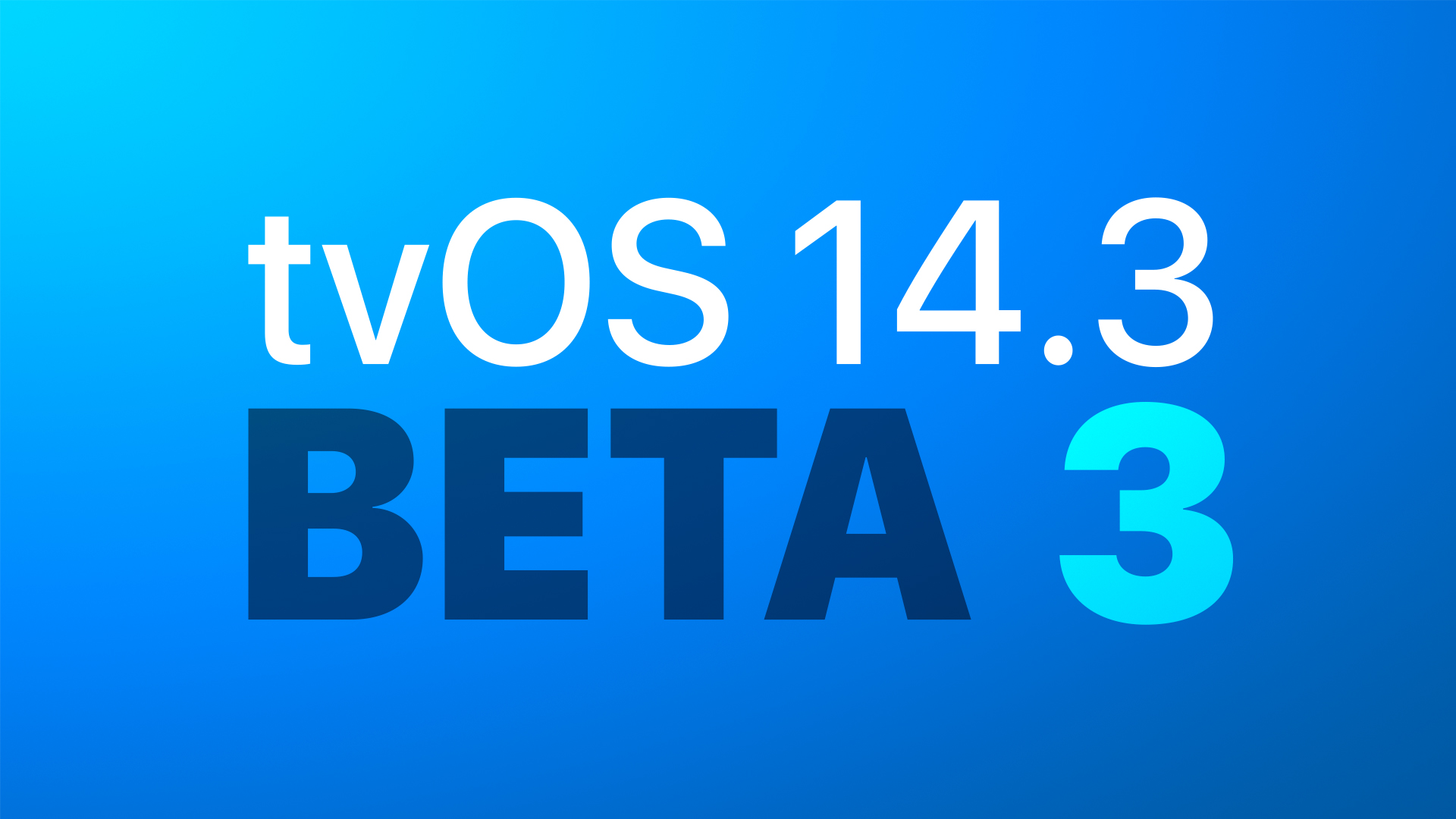 Designed for the fourth and fifth-generation Apple TV models, the tvOS 14.3 developer beta can be downloaded onto the ‌‌‌‌‌‌Apple TV‌‌‌‌‌‌ via a profile that's installed using Xcode.

Other than new releases, tvOS updates are often minor in scale, focusing on under-the-hood bug fixes and improvements rather than major outward-facing changes. There's no word yet on what's included in tvOS 14.3 update, but we'll update this article should anything new be found. Nothing new was discovered in the first beta.

Tweaks or updates in tvOS are always so mysterious. Can never find anything good.
Reactions: Prince Akeem, Digital Dude and jazz1

That’s why I don’t install them

Please fix the low bandwidth on wifi with HP as default output this time.

You are starting to learn how Apple *really* works.
Reactions: srbNYC

Makaus said:
Please fix the low bandwidth on wifi with HP as default output this time.
Click to expand...

I swear the TVOS team just does a pull to latest and then launches their updates as the latest version lol, just sitting around doing nothing.

Any chance they fixed the library tab in the Apple TV app for large libraries? It’s been broken for 2+ years.
Reactions: cmleblanc and 211

ATV4K still won't play videos that are recorded on iPhone 12 in HDR via AirPlay. Apple lied about this in the event!
C

Will there be an update for spacial audio for AirPods Pro with tvOS?

Chrisbc said:
Will there be an update for spacial audio for AirPods Pro with tvOS?
Click to expand...

Most folks are saying Apple TV won't get Spatial Audio. Hoping they're wrong, but I'm not optimistic.
S

The last update disconnected my bluetooth connected speakers every time the ATV goes to sleep, so I have to reconnect them every time. Really hope it's fixed in this update.

No dice judging by the beta I just downloaded.
K

My audio is silent or really low for the first few seconds after I rewind or skip forward in a tv show. Apple TV 4K -> stereo HomePods. Happens in both theater mode and airplay on both 14.2 and 14.3. Anyone else having this problem?
T

How can I confirm this? Not sure what to look for/how you know “it’s fixed”.

Trevlars said:
How can I confirm this? Not sure what to look for/how you know “it’s fixed”.
Click to expand...

Take a speed test with the speedtest app or show developer stats in a 4k YouTube video which uses bandwidth around 20-30mbps in my case.

This has caused a handshake panic on my Apple TV 4K through my eArc soundbar to my LG OLED. Every 5-6 mins anything playing in HDR/DV will go to black screen and pause. Then resume and carry on all washed out until the next handshake issue. Also, lip sync has gone whack than normal.
R

Anyone know if Dolby Digital 5.1 when playing from Home Sharing is fixed in this one, or does it still output PCM stereo no matter what “Change Format” setting is selected?
You must log in or register to reply here.
Share:
Facebook Twitter Reddit Email Share Link
Register on MacRumors! This sidebar will go away, and you'll see fewer ads.
Sign Up
Top Bottom