Apple today seeded the third beta of an upcoming tvOS 11 update to its public beta testing group, two weeks after providing testers with the second beta. The tvOS 11 public beta marks the first time public beta testers have had access to pre-release tvOS software, and this third beta corresponds to the fourth developer beta. 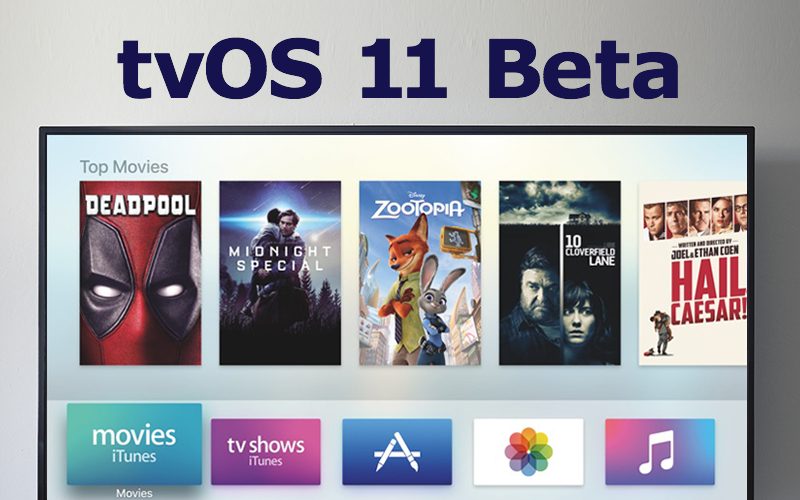 The tvOS 11 public beta can be obtained by going to the Settings app on the Apple TV and navigating to the Software Updates section under "System." "Get Public Beta Updates" will need to be toggled on, and once it is, the Apple TV will download the beta software.

Compared to iOS 11, macOS High Sierra, and watchOS 4, tvOS 11 is a minor update that brings few changes to the tvOS operating system. It's minor enough that it received no time on stage at the Worldwide Developers Conference aside from a mention of an Amazon Prime Video app coming to the Apple TV this fall.

Additional tvOS 11 features may be unveiled ahead of the operating system's public release, which is expected to be in the fall alongside other software updates.

Hopefully, we will finally see some of the bugs addressed.
Reactions: locoboi187

I don’t have get beta updates under system in settings
edit: I was signed into the beta program under a different account
Last edited: Jul 25, 2017

Braderunner said:
Hopefully, we will finally see some of the bugs addressed.
Click to expand...

Braderunner, I think that answers your question.

I was hoping to finally get PiP in tvOS. I'd like to go update a setting or check in on live TV without needing to switch between apps.

sjn419 said:
I don’t have get beta updates under system in settings
edit: I was signed into the beta program under a different account
Click to expand...

The Get beta updates button disappeared for me as well, on both my ATVs, while logged in to the account that's enrolled for public betas. I had to log out and log back in to make it reappear.

Annoying, but it's worth it b/c of W1 chip headphones showing up as available audio devices. I signed up just for that...

I wonder if tvOS 11 fixes the lag when pressing the home button. With tvOS 10, there is a little bit of a delay, not like a few seconds, but long enough to make the user think that the ATV4 did not register the button press. So they repeat the press (or double press).

I'd settle for just full CEC control for TVs that bloody well have it, but ATV reverts to IR anyway, meaning no volume control in the ATV remote app. Does Apple hate Sony or what gives?

Does anyone know when xfinity single-sign-in compatibility will be available? Will it possibly be in one of the public betas?
B

Yeah...not really. I was mainly making a point. Apple really hasn't been addressing the problems with the AppleTV. #Sarcasm
M

I was just about to ask about this since I saw there was an update on iOS. I'm so happy I could kiss you. But I'm not gonna.

Well, at least tvOS 11 solves a major issue with HBO Nordic (HBO = great content, miserable app, the Nordic version especially): The sound is no longer in mono. It used to be mono on both ATV and iOS. Since installing the public beta on ATV, I get stereo and 5.1. On my iPad, where I haven't installed the public beta, it's still mono in headphones etc. A codec thing?
You must log in or register to reply here.
Share:
Facebook Twitter Reddit Email Share Link
Register on MacRumors! This sidebar will go away, and you'll see fewer ads.
Sign Up
Top Bottom