Apple Stickers: What do you use them for?

I just recently stumbled on all the Apple logo stickers I've accumulated over the years from all the Apple products I've purchased... and I'm not sure what to do with them all. What do you people use them for?
Reactions: BlueBook

I don't use them, they stay in the box from which they came from.

maflynn said:
I don't use them, they stay in the box from which they came from.
Click to expand...

Same here. I'm not into stickers.

I see them ALL the time down here on the back window of cars.

Personally, I just keep mine in the box.

I love the apple stickers and keep all of them!

I have one on my refrigerator and one above the workbench in my garage on an electrical panel. 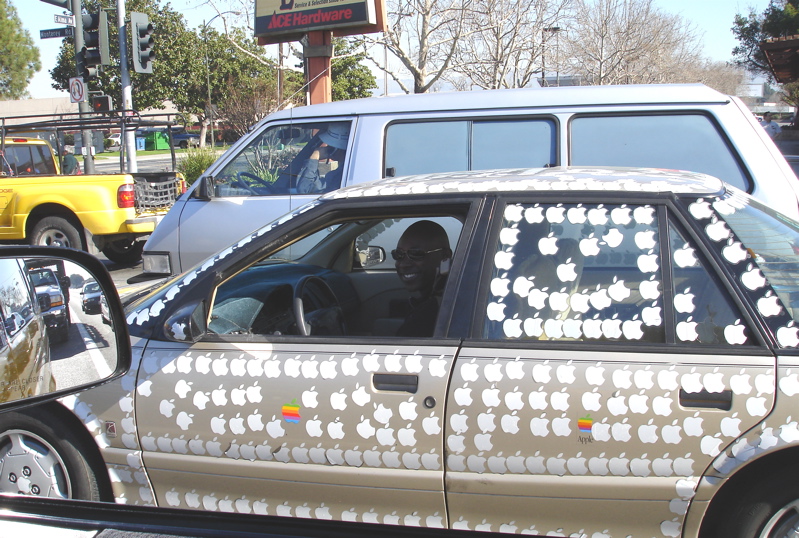 I have one on one of my knockoff field notes journals. Actually have a few on some other notebooks too as they're a nice touch. 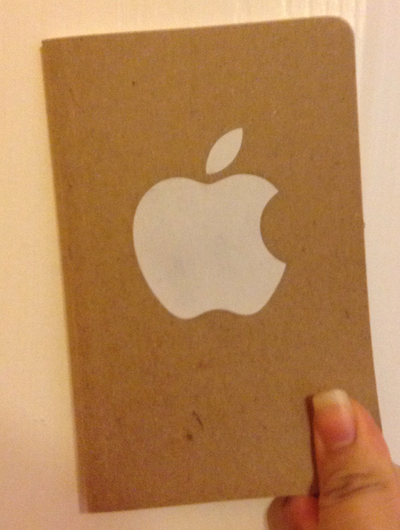 I mostly just give mine to my mom as she collects stickers.

My dad used to have one on his checkbook in the 80's. People used to ask him if he worked for Apple. Of course, that's not something people would do anymore as it's a pretty mainstream company now.

He just stuck one of the newer ones on the bottom of his work MacBook Pro the other month.

There's another one on one of our windows too.

Nothing. They stay in the box.

My dad put it on the lid of his old Dell, before I got him a Macbook Air

I don't think I have any anywhere. I had one on a truck once but I don't own the truck anymore. I used one as a template when I painted a chair so it's garbage. The rest I either lost or gave away.

Dressed up as a "hipster" for Halloween so I put one of them on my scarf
Reactions: BlueBook

I have one on one of my guitar cases, and another on the back of my MBA (along with several other stickers.) I'm usually not in to stickers, but I thought it might be cool to have a few on the lid for a while

I never use them...they are somewhere in the various boxes in which they came.
S

I used to paste them on my backlight in college. Later realized that I didn't want to be free advertisement and got rid of it...that and I no longer wanted to be part of the "look at me" trend I saw too often around my city . For now, the stickers stay in my drawer.

i don't think I've ever even used one. i don't understand why someone would want it on their car anyways, as i see that pretty often.

I just leave them in the box since I don't know what to use them for either.

Shrink said:
I never use them...they are somewhere in the various boxes in which they came.
Click to expand...

This. I can't imagine why you would put them on your car or anywhere else. Might as well hold up a sign saying come and mug me or break into my car, I have a shinny apple product.
There is a similar thread running here if you want to see what lots of other people do with theirs.

I see a lot of these on the back of cars. It's a great marketing move by Apple.
N

I have one on my debaged car. go figure

I use it to piss off a a guy I know. He's anti-mac, and basically, a real life version of PC in the Mac vs PC commercials. I put them on his car from time to time.
Reactions: tranceking26

maflynn said:
I don't use them, they stay in the box from which they came from.
Click to expand...

I do the same thing.
C

I've owned/operated many, many Apples.

Apple quietly changes name of store due to history of name

What all Apple devices does your immediate family own?

How many Apple products do you own 2020 version