Apple this week announced that two of its retail stores, located at CambridgeSide Galleria in Cambridge, Massachusetts and Danbury Fair Mall in Danbury, Connecticut, will reopen Saturday, July 8 at 10:00 a.m. local time. Both locations have been closed for renovations for the past several months. 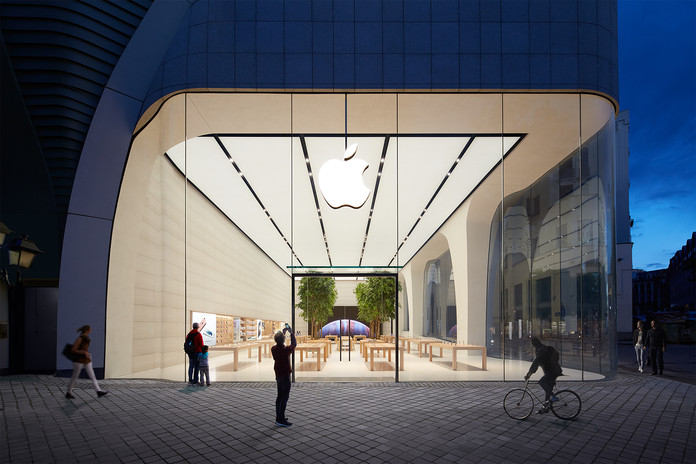 Apple Store with next-generation design in Brussels, Belgium​
Each store has received a makeover based on Apple's next-generation retail design, which typically includes wide, open spaces with some combination of large glass doors, sequoia wood tables and shelves, large video screens for Today at Apple sessions, and light boxes spanning the length of the ceiling.

In February, we reported that the Apple Store at Danbury Fair Mall would also expand into a few neighboring units to accommodate more customers.

All new Apple Stores opened since mid 2015 have been based on the new design language, including flagship-tier locations such as Apple Union Square in San Francisco and Apple World Trade Center in New York City. Apple has also renovated over 30 other stores to reflect the newer aesthetic.

Where possible, the new layout includes some combination of The Avenue, Genius Grove, The Forum, The Plaza, and The Boardroom.

Apple stores are getting worse. Not many gadgets and there is more focus on putting more trees inside the stores. This is what happens when you a hire a burberry CEO to run retail !!
Reactions: Cineplex
K

store has still been open, just in a temporary location.
Reactions: johnparjr
W

Cambridge store employees were transferred to Boston location and Chestnut Hill or others according to their wishes.

The Danbury Fair Mall store had a temporary location a few doors down from is usual spot. It was not thrown together, either; it was fully stocked and decorated in typical Apple style. I had my iPhone repaired there a few months back.
Reactions: Ant2369

Big day tomorrow for these Apple employees that have been waiting for their new stores
Reactions: prosp
P 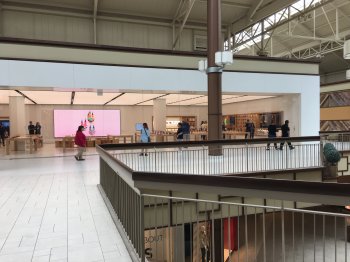 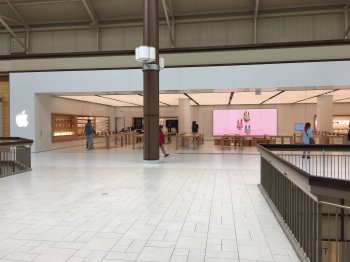 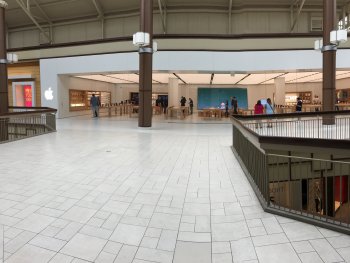 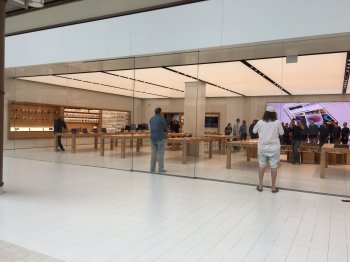 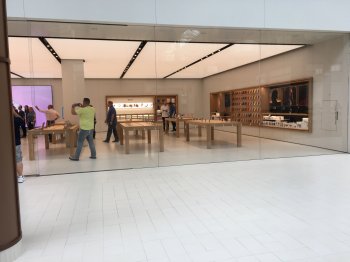 The new Danbury Fair Mall store is huge! Seems to be 3x wider than the old store, but not as deep (maybe larger boh?)
Last edited: Jul 8, 2017
You must log in or register to reply here.
Share:
Facebook Twitter Reddit Email Share Link
Register on MacRumors! This sidebar will go away, and you'll see fewer ads.
Sign Up
Top Bottom