Atlanta-based company Social Technologies LLC today filed a lawsuit against Apple that accuses the iPhone maker of falsely indicating that it holds the federal registration for the trademark Memoji in the United States.

Apple has included MEMOJI® in its U.S. trademark list on its website since June 2019, with the ® symbol signifying a federally registered trademark with the U.S. Patent and Trademark Office, despite the federal registration for the trademark belonging to Social Technologies LLC and not Apple.

Of note, Apple has successfully registered the Memoji trademark in some countries outside the United States, and several foreign countries also use ® to indicate that a mark is registered in that country, but fine print on Apple's website says its list is for trademarks and service marks in the United States.

Memoji is the name of Apple's personalized emoji feature for iPhone and iPad, introduced as part of iOS 12 at WWDC 2018. Apple has applied for two trademarks for the feature with the U.S. Patent and Trademark Office, but both are currently suspended due to ongoing litigation with Social Technologies LLC.

Social Technologies LLC offers an Android app named Memoji on the Google Play store, which it describes as "the world's best messaging app that will capture the facial expression of the end user with full-motion capabilities, and transpose the image into a custom, personalized emoji of the users actual face."

Social Technologies LLC already sued Apple for trademark infringement in September 2018, and alleges that Apple even unsuccessfully tried to purchase the rights to its then intent-to-use application in April 2016, yet Apple proceeded to add MEMOJI® to its trademark list in June 2019.

An excerpt from the complaint filed with a U.S. federal court in New York:

However, immediately following Mr. La Perle's deposition, the Trademark List was updated to include the falsely designated MEMOJI® mark. On information and belief, Mr. La Perle orchestrated a scheme to undermine Social Tech's registered trademark rights and mislead the public by causing Apple to add the falsely designated mark to Apple's Trademark List.
Click to expand...

Social Technologies LLC is seeking an injunction to prohibit Apple from using the ® symbol in connection with Memoji, as well as an award of monetary damages and legal fees. The small company also wants a declaration that it owns the only federally registered Memoji trademark.

Update - Oct 1: Apple has replaced MEMOJI® with Memoji&#x2122; in its trademark list.

The full complaint, sent to us by law firm Pierce Bainbridge Beck Price & Hecht LLP, is embedded below.

Article Link: Apple Sued Over Listing Memoji as One of Its Registered Trademarks Despite Ongoing Legal Battle [Updated]

Based on the looks and reviews of the app it seems like suing in hopes of getting Apple to buy the company in an effort to make the problem go away is about the best business model they have.
Reactions: trainwrecka, Shirasaki, iwan073 and 3 others
Comment
K

Surely no one can defend Apple's false advertising, breaking of federal law, and IP theft...
Reactions: Shirasaki, PC_tech, TracesOfArsenic and 5 others
Comment

[Social Technologies LLC] alleges that Apple even unsuccessfully tried to purchase the rights to its then intent-to-use application in April 2016
Click to expand...

If true, Apple has to stand to the law. That’s utterly important for it’s own credibility.
Reactions: martyjmclean and PC_tech
Comment
R

Oh....just wait and see.....some of the usuals will be on here doing just that very thing, as soon as their alert goes off.


Khedron said:
Surely no one can defend Apple's false advertising, breaking of federal law, and IP theft...
Click to expand...

Prepare to see some defense in this thread...
Reactions: Shirasaki, koolmagicguy, Northern Man and 3 others
Comment


Apple's use of Memoji is not the same as this trademark registration. I wonder if the inspector is going to allow Apple's registration. Is it too close? I think it's close, but Apple's legal might will prevail
Last edited: Sep 30, 2019
Reactions: Deelron, MrUNIMOG and urgs
Comment

At least they can claim "slowfie"
Reactions: Shirasaki, martyjmclean, Northern Man and 2 others
Comment
U

This is not Apple's use of Memoji.
Click to expand...

In addition to that, the registration of this trademark is prepared for cancellation: 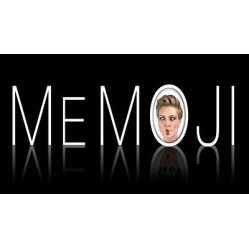 It looks like, they were not very successful with their brand, so the last move is to sue Apple for anything...
Reactions: Shirasaki, Deelron, Kengineer and 2 others
Comment

lol, if you make it that easy.... There is no false advertising. If a federal law is broken why is it a civil suit? If you think this is IP theft you're really off.

Now, there is something wrong that Apple did here but you missed it completely.
Reactions: Shirasaki, GuruZac, Deelron and 4 others
Comment

iPhysicist said:
If true, Apple has to stand to the law. That’s utterly important for it’s own credibility.
Click to expand...

From the registration sequence they registered MEmoji (social tech llc) in 2017 with an intent to use but did not submit anything showing its use, it was about to be abandoned and Apple registered theirs during this time and then finally Social Tech LLC provided specimens once Apples gained traction, so they obviously were looking to score some $. To their advantage they registered the mark first...so Apple now has to prove its not a conflict or come to some agreement. I dont really think Apple has ill intent but the other company clear is expecting to suck some $$ out of apple.

*edit actually some company Lucky Bunny registered it first and Apples trademarks look to be referring to that initial application as they may have purchase the rights to that, so technically Apple would have first usage, however SocialTech's mark registered and the original registration is dead..so it should be interesting
Last edited: Sep 30, 2019
Reactions: Shirasaki, Kabeyun, Deelron and 5 others
Comment

I wanna see how they talk their way out of this one ?
Comment
I

It’s getting childish many came up the name years ago before Apple, just because of the technology now that makes such a thing really practical it’s becoming something that companies are trying to put their claim on, Nintendo with its Wii was by most the first big commercial use of personalised emojis that some nickname Memoji or Wiimoji they were many names coined and now with the iPhone there come back in a big way but Nintendo were one of the companies making it a thing until the Wii fizzled out.
Comment
C

I don't know why Apple listed Memoji as a registered trademark, at least without changing the fine print referred to in the OP which would suggest that it's a U.S. trademark registration. Maybe that was an error.

That said, the broader dispute is more complicated than some here might realize and than Social Technologies might want people to believe. Here's a rough timeline of the situation.

Another party applied for a trademark registration based on the word Memoji in 2014, claiming a first commercial use in 2014. That application was eventually abandoned, but it's still relevant here.

Despite that earlier application, Social Technologies claimed that it came up with the word Memoji in 2016 and it, also in 2016, applied for a trademark registration based on its intent to use the mark.

Social Technologies hadn't yet used the mark, and the mark hadn't yet been registered, when Apple announced a new feature - named Memoji - in June 2018.

Social Technologies claims a first commercial use date after the announcement made by Apple. Its trademark was registered in September 2018.

About a week after Social Technologies' trademark was registered, Apple filed a petition asking the TTAB to cancel that registration based on potential confusion with a trademark which had previously been used - the one for which registration was applied for in 2014. At some point Apple had gotten rights assigned to it by the party (or parties) which had used that trademark. Presumably Apple paid something for those rights.

So the TTAB is waiting to decide whether Social Technologies' trademark registration is valid, and then perhaps whether Apple is entitled to its own trademark registration. Apple's position - which it may prevail on - is essentially that it (through the rights it acquired from another party) was using the trademark before Social Technologies used it.
Reactions: Shirasaki, MEJHarrison, TraceyS/FL and 5 others
Comment
M

Carnegie said:
That said, the broader dispute is more complicated than some here might realize and than Social Technologies might want people to believe. Here's a rough timeline of the situation.
Click to expand...

If a lawsuit is necessary then the dispute is always more complicated than a press release can describe. After all, if it was straightforward then no lawsuit would be necessary.

What's amusing is that the press really just grabs anything and runs with it. Search for "Memoji trademark" and you can see this all over the tech press...even though the claims in the press release by the supposed owners are, well, questionable.

I mean jeez, it only takes like 30 minutes and a brain to look through the trademark filings. I guess the tech press must have plenty of the former and not enough of the latter.
Reactions: Shirasaki and mw360
Comment
A

Hmm reading some of the comments then maybe Apple has this one IF they paid for the name from the original register for it.
But when they stole they clock design from that Swiss railway company, and public ally used the iPhone name before it owned it, I’m a bit dubious about Apple and it’s trademarks..

also how do I turn off dark mode in this website!! It’s turned off on my phone.
Last edited: Sep 30, 2019
Reactions: PC_tech
Comment

You’re not a guilty until proven innocent person, or only applies to Apple?
Reactions: MEJHarrison
Comment
M

I7guy said:
You’re not a guilty until proven innocent person, or only applies to Apple?
Click to expand...

Some people are from countries with different legal systems than the US. In many places the allegation of wrongdoing is enough, which isn't really a "legal system" per se.

The higher the status of the accuser the more weight is given to the accusation. The legal system in the US, no matter how flawed it may be, is much better IMO.
Reactions: I7guy
Comment
L

That has not been determined yet. Don’t jump to conclusions before the facts are known. Anybody can make a claim. Proving it is another thing altogether.
Reactions: MEJHarrison, sidewinder3000 and I7guy
Comment