iPhone supplier Japan Display has come up with a plan to battle the increasing popularity of organic light-emitting diode (OLED) panel manufacturing, without needing to delve into the costly practice of creating OLED panels itself. According to a new report by The Wall Street Journal, the supplier has figured out a way to manufacture flexible liquid crystal display (LCD) panels using technology and processes it already has at its disposal.

Set to begin mass production in 2018, Japan Display's flexible LCD panels are said to be built with a layer of plastic instead of glass. "While not as flexible as OLED," the company's chief operating officer, Shuji Aruga, mentioned that the panels are bendable enough to manufacture smartphones with the same screen design as Samsung's Galaxy Edge series. 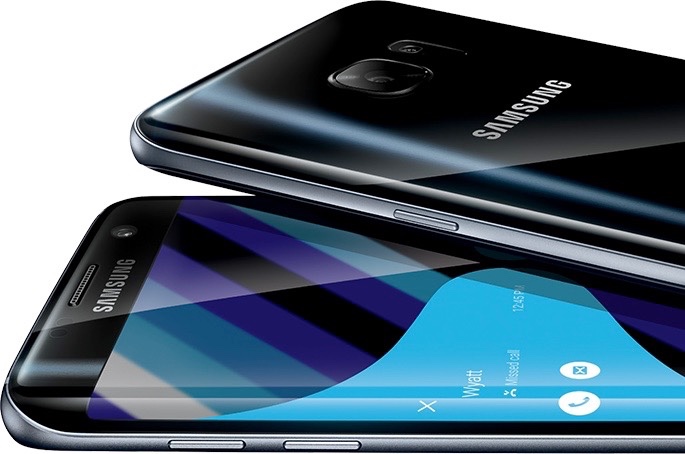 According to people familiar with the matter, Apple has already begun looking at the flexible LCD panels for iPhone models launching in 2018 and beyond.

Japan Display officials said some smartphone makers, which they declined to name, have agreed to adopt the bendable LCD in the next few years. The company also hopes to sell the displays for other uses such as laptop computers and car dashboards.

"Mass production is planned from 2018, and we wouldn't do that without demand from our clients," said Mr. Aruga. Japan Display's major clients, according to its financial statements, include Apple and Huawei Technologies Co.

Bendable displays could help revive growth in a smartphone market that is beginning to get saturated. People familiar with the matter have said Apple is looking at the displays for possible future iPhone models.
Click to expand...

In addition to its plan to adapt LCD screens into flexible panels, Japan Display has previously acknowledged interest in OLED production, stating in late 2015 a goal to begin mass production of OLED panels by the spring of 2018. Last November, the supplier was said to be in "advanced talks" with the government-backed fund Innovation Network Corp. of Japan to receive around ¥75 billion ($662 million) in financing.

The bailout was said to be both for improving Japan Display's LCD technology, and potentially mass-producing its own OLED panels. Still, analysts looking at the move think that Japan Display "may not have the funds to pursue both technologies," so it's unclear at this point which panel technology the supplier will ultimately decide to stick with in the future.

For Apple, it's been long-rumored that at least one model of the 2017 iPhone 8 will come with an OLED screen -- supplied by Samsung -- which typically have sharper color contrast and brighter colors compared to LCD screens. Japan Display's domestic rival Sharp is currently expected to provide Apple with OLED panels as well, but not until mid-2018.

"What is everyone else doing? Ok let's do that!"
- Tim Cook
Reactions: Delgibbons, velocityg4, Andreas56938 and 1 other person

I didn't think the primary benefit of OLED was its flexibility. I'd always thought it was its superior contrast levels and energy usage that put it above LCD. Am I wrong in thinking this?
Reactions: g75d3, vmistery, one more and 2 others

Yes, because plastic screens are the way to go. Glass just doesn't get enough scratches for my tastes.
Reactions: BvizioN, rezzo and AngerDanger

Really, Apple wouldn't learn it's lesson until Apple have it's Doomsday once-and-for-all.
Reactions: g75d3 and Andreas56938

Lol, when you're only option is to wait on other people's innovations before you can go ahead with your own designs, you'll never be a leader. This is no longer the early era of smartphones. A time where Apple dominated form and function.
Reactions: Andreas56938 and rezzo
W

Hopefully this is not true, not really looking forward to another LCD iPhone when OLED is getting better and better

Why are they innovating LCD when it has been beaten by OLED? Or Timmy wants those margins?

decimortis said:
I didn't think the primary benefit of OLED was its flexibility. I'd always thought it was its superior contrast levels and energy usage that put it above LCD. Am I wrong in thinking this?
Click to expand...

This is exactly what I meant to comment. As a matter of fact, not particulary fan of having the display bend on the phone, even though it looks cool. But OLED look far more superior theth LCD with contrast and colour on my eye.

What's a practical point of a curved Samsung-style screen again?

A curved screen without OLED and inductive charging are two things I would not care for.

I can't see the functional benefit of a curved screen (notifications visible from the side? Who lays their device screen down, anyway?), and I don't think it looks too good either.

Inductive charging seems to have all the issues of wired charging (still need a wire running to the charging pad, and the phone will still need to be a few feet from an outlet/computer), but now you can't pick up and use your device while it charges.

Here's to hoping Apple is able to make something good of these rumored technologies… or do something entirely different.
M

Beyond an iPhone-iPad hybrid that folds out when I want a larger screen... I don't care. There isn't much use to a flexible screen besides that - screens going down the side of the phone (Samsung edge) are beyond pointless.

I've used the Galaxy Edge line and the curved edges are—well—annoying! Sure, it's one of those things that looks impressive, but in several years when we're all used to it, it will be more clearly seen for what it is—a gimmick! Nobody wants their display rolling away from them off the side of their device. Now—a thin bezel that goes up to the edge? That's fine. But rolling off putting a distorted glare along the edge of my display? No! Not practical whatsoever. There is a reason Samsung made it a secondary line—most people would just be annoyed by it. Furthermore most people use cases that would cover this up anyway.

d5aqoëp said:
Why are they innovating LCD when it has been beaten by OLED? Or Timmy wants those margins?
Click to expand...

Ding ding ding! We have a winner!

But again with this "mass production" beginning in 2018, this means we'all only be getting a more refined 7/6 this year and nothing more. Which is fine with me. I love my 7 plus and wasn't planning on upgrading it until 2018 anyways.
D

Sevanw said:
Lol, when you're only option is to wait on other people's innovations before you can go ahead with your own designs, you'll never be a leader. This is no longer the early era of smartphones. A time where Apple dominated form and function.
Click to expand...

Lol, and who's dropping the headphone jack after apple?
If that's not a ladder, then I don't know what is.
Reactions: rp2011

diegov12 said:
Lol, and who's dropping the headphone jack after apple?
If that's not a ladder, then I don't know what is.
Click to expand...

Please, do tell. But just to be sure, Apple was not the first. So again, who exactly will be dropping the jack?
Reactions: 44267547

Lord knows I'm no TC fan and if you don't know just do a search here. I hardly think the iPhone 7 is insanely great. More like, greatly adequate. But I think some here are being a tad too harsh. I mean even the first iPhone was not a breakthrough project because the smartphone was an original idea, heck it didn't even have state-of-the-air cellular capability, just 2G when the Palm had 3G. IIRC, it didn't even have MSM capability. What made the original iPhone so great was the novel GUI and mobile safari which was as close to a computer browser as we'd seen on a phone to-date.

Jobs rarely pushed out original technology. That wasn't Apple's calling card. What Apple did was make existing technology usable and, dare, I say, fun to use. TC has by-in-large not pushed the envelope on ideas, which is what Jobs did spectacularly. But TC does at least keep up with technology. I would not mind seeing a foldable iPhone when the technology reaches a usable stage. I doubt Apple would incorporate it until that point. Too much is at state to screw up the iPhone that much.
Reactions: kdarling
4

Sevanw said:
Please, do tell. But just to be sure, Apple was not the first. So again, who exactly will be dropping the jack?
Click to expand...

True. Motorola already had deleted the Jack before Apple. There is another manufacturer who also removed the 3.5 mm Jack, I don't recall who it was.
Reactions: kdarling

Yep. (Motorola included a USB-C to 3.5mm jack adapter for people who wanted to keep using their current headphones.)

There is another manufacturer who also removed the 3.5 mm Jack, I don't recall who it was.
Click to expand...

MacRumors said:
Japan Display has come up with...
Click to expand...

For those who are interested, here's the official announcement and image: 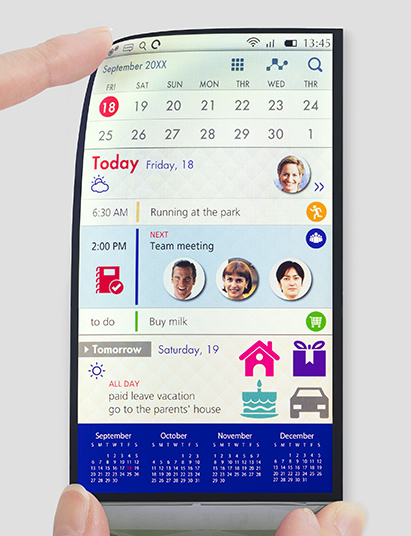 Specs are quite decent.