Hi everyone, my Apple time capsual died the other day, and so i thought i'd take it apart and see why it stopped.

upon opening i found a 5/12v power supply, and a hard drive. with a quick check with a multimeter i discovered it was the power supply that had died, which when i checked online, apparently happens with this particular model at about 18 months.

With more searching i found out that the logic board of the time capsual runs on 5V, and it has a weird propriatry connector.


it turned out that the only thing using the 12v line was the 3.5" hard drive. This is where i thought, "well, what if i removed this hard drive, and replaced it with a 2.5" laptop drive? then the power supply would be simpler". little did i know, this is what would later lead me to running it through USB.


upon looking for 5v power supplies online i found that they could be quite expensive, at least for one that was small enough to fit inside the time capsule itself, and not have any adapters outside of the case (like the new one has). i now remembered that USB was 5.0v and that my PC had 2 powered USB ports, and so they were connected directly to the power supply. i quickly rigged up a prototype from a USB laptop cooler i had. this supplied enough current to turn on the logic board, however it was very quickly apparent that to power the logic board AND the hard drive, it would take more than one USB port.
so i took apart a USB fridge, and harvested its USB cable, using this one to power the 2.5" hard drive.

this was a very messy solution, leaving two cables of different lengths hanging out the back of the box, and so once again i turned to the internet for a better solution. in my searching i found a cable that does not conform to the USB standards, having one USB male connector on one end, and on the other end having two male USB connectors. i instantly thought this would be perfect, as it would be much better to have just one cable, which splits into two at the other end.

So i found a spare USB cable around the house, simular to this one: 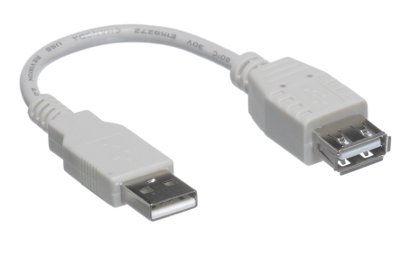 and cut the female end off it, stripped back the wires, and cut off wires so only the red and black wires were left.

when i tried to put the bace back on, it wouldn't fit, due to the thickness of the shroud on the actual USB port, so i took out my dremal and cut through it, and pulled it off. this revealed the shielding, which i assumed would be conductive, and so covered with electrical tape.

i think put it back together again and... IT FIT, perfect fit. the location of the fan in the time capsule held the USB port in its location nice and tight, so it wouldn't' move at all, and the double ended male USB cable could supply enough current to power the time capsule fully!

after all this, i tried it with the USB power supplies of my android phone, and brothers iphones, however these couldn't supply enough current (even with two of them) you have to use iPad chargers, which are rated at 2a @ 5v for it to run direct from AC power.


anyways hope this helps you guys out there who have your power supply die as well. its a pretty easy fix to do, and at the moment, i think i have the ONLY USB powered Time capsule


(sorry for not posting photo's, but i didn't think of posting this online and so i dont really have photo's of the progress. a friend just told me i should probs post this online)
Last edited: May 23, 2012
W

ok, so i took a couple of photo's for you guys.

the photo of the logic board power connector is the reference i used to wire up the USB power cable.


hmm, it doesnt' appear to like "attaching files" to these comments.... i'll try again, but for now, here is the 5v connector on the logic board of the time capsual. 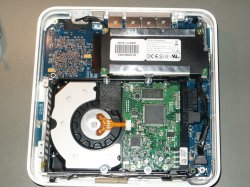 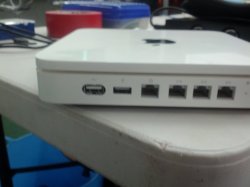 finished product, with the USB port where the figure 8 AC port Used to be 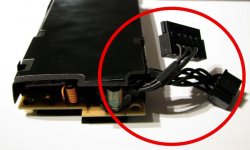 geeze having problems with this photo uploading.... 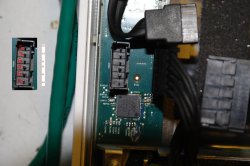