Apple to Launch 'iTunes in the Cloud' in the UK, But No iTunes Match Yet 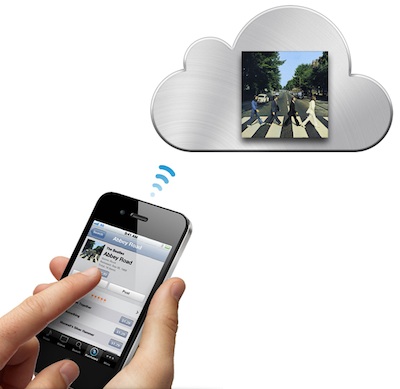 paidContent reports that Apple has secured agreements with major music labels to offer its iTunes in the Cloud service in a number of European markets, with the United Kingdom set to see the first expansion beyond the United States.

The expansion of "iTunes in the Cloud" from the US, where it was made available in the US in June, will allow people who have bought songs from Apple's iTunes Music Store to synchronize them among multiple devices such as PCs, iPhones and iPads via wireless connections. Previously they would have to connect them to a computer and synchronize them.

The technology giant has been locked in negotiations with the four major music groups--EMI, Sony (NYSE: SNE), Warner and Universal--to seal the "iTunes in the Cloud" deal in time for Tuesday's announcement.
Click to expand...

The agreements will not, however, see Apple launching the paid iTunes Match component of its cloud-based music services yet. iTunes Match scans users' music libraries and automatically mirrors any content that is available through the iTunes Store into iCloud, allowing users to bypass the process of uploading each and every track from their libraries. iTunes Match is priced at $24.99 per year in the United States.

paidContent also confirms that Apple will be discontinuing the iPod classic as has been rumored.

Article Link: Apple to Launch 'iTunes in the Cloud' in the UK, But No iTunes Match Yet

That's great news and potentially part of the reason for the live stream of the launch to Apple's Covent Garden store.

Now we just need the dinosaurs at the PRS to pull their fingers out of you know where so we can have Match too.
Comment
R

Not fussed about the Cloud unless it includes Match myself.

Not sure why there is the need to get licensing cover. I have bought and paid for it, I am just storing it online.

The Match side I see a strong reasoning to get the labels involved.
Comment
M

so a download history for the few songs I've already bought from iTunes? Basically a feature I was surprised wasn't already there.