Apple will designate several iPod models, including the last iPod nano, select models of the last iPod shuffle, and models of the fifth-generation iPod touch as obsolete later this month, marking the end of eligible hardware service repairs worldwide. 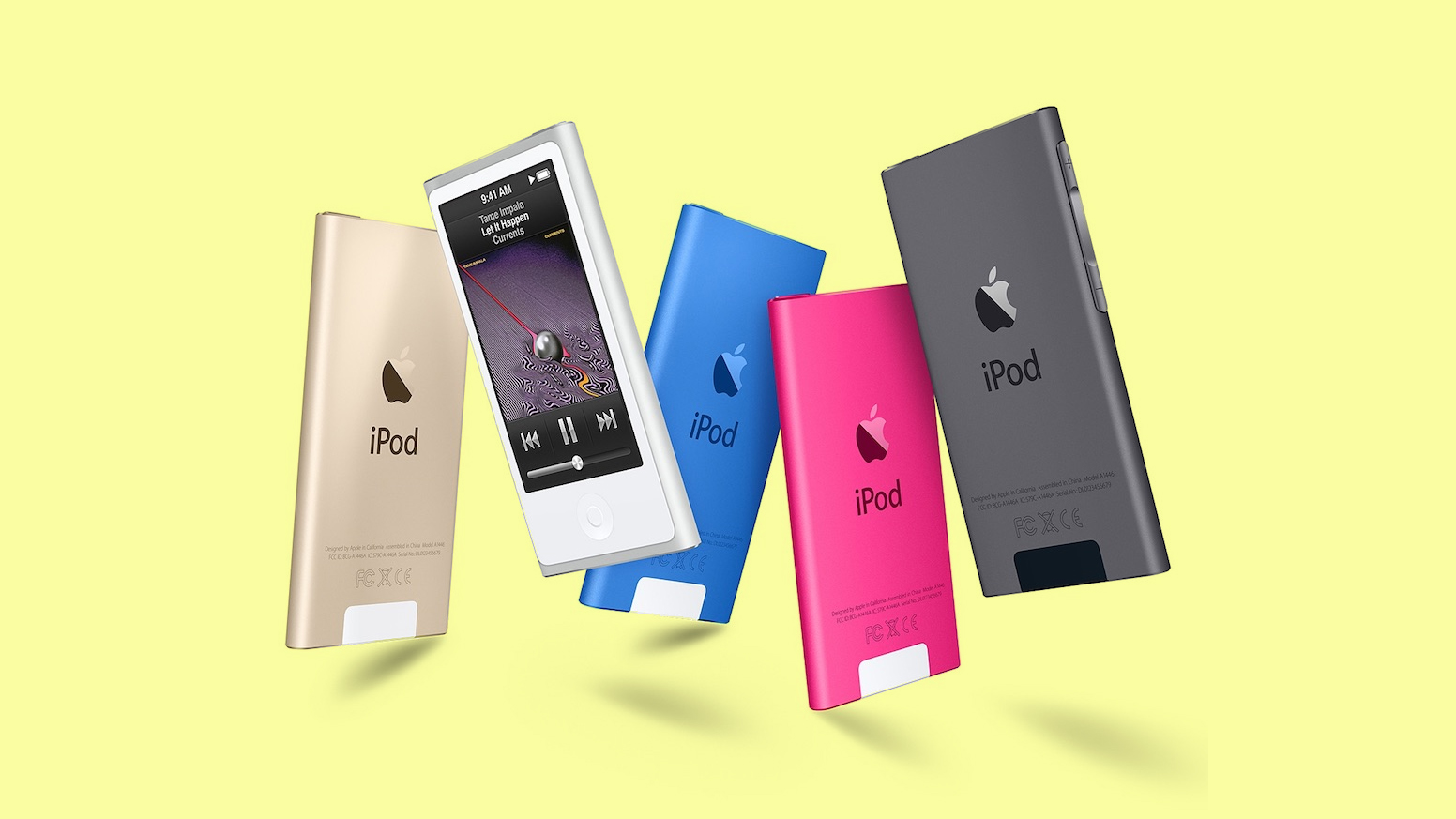 Apple discontinued the iPod nano and iPod shuffle entirely in 2017, while the iPod touch remained available until earlier this year.

When the iPod touch was discontinued, Apple's marketing chief Greg Joswiak said the "spirit of iPod lives on" across other Apple products, including the iPhone, iPad, Mac, Apple Watch, Apple TV, and HomePod mini.

Those little iPod nano were lovely to hold, had satisfyingly clicky buttons, and were a really nice evolution of the original iPod.

(Can't beat the vibrant 'nano chromatic' gloss of the clickwheel iPod nano tho…).

I still use my touch screen iPod nano for running…they’ll have to pry it from my cold, dead hands (assuming I can keep replacing the battery every few years).
Reactions: michaelnugent, sorgo and orbital~debris
B

I haven't used one since I got an iPhone, so I'm not sure why I'm sad to see these officially become obsolete.
Reactions: Nermal and cbaca51

I thought they woulda all been obsolete years ago
Reactions: iLLUMI

The Shuffle is the greatest workout music device ever made.
Reactions: InAWhiteRoom, michaelnugent, sorgo and 1 other person
P

If it doesn’t have a click wheel it’s not an iPod.

I will fight anyone about that.
Reactions: B4U, ZZ9pluralZalpha, AF_APPLETALK and 4 others
P

Rychiar said:
I thought they woulda all been obsolete years ago
Click to expand...

They are still being favored by a lot of fans because some later models had a very high quality DAC.

They are also being modded with batteries with capacities over 3000 mah and flash drives.

Some with the mods can last 5 days continuous playback on battery.

It would have been neat if the nano had been upgraded with wifi and Apple Music support with downloading.

Obviously the customer base for that would have been minuscule though…

Same with the classic
Reactions: and 1989 others

I bought a Nano before they discontinued them in 2017, been flawless since then. 😀
Reactions: freedomlinux, HowardLive, michaelnugent and 1 other person

DankPods would like to know your location
Reactions: freedomlinux
L

Misuteri said:
The Shuffle is the greatest workout music device ever made.
Click to expand...

It was, until Garmin watches added music and Spotify support.
L

For a brief moment here I thought I was looking at a render of an iPhone Nano. One can dream, right?
Reactions: iLLUMI and orbital~debris

I found an ancient iPod shuffle from 2005 when I was decluttering the attic. Lol. The green and orange light are still working when I plugged it in. It’s currently still charging, really curious if it will still work after 17 years.
Reactions: TheYayAreaLiving 🎗 and iLLUMI

I’m surprised they aren’t all obsolete already.
They should have been obsolete a decade ago.
iPod was never anything special imo,there was always higher quality digital music players around from many other companies before iPod was even created.
and I remember having to use iTunes to transfer music was a HUGE pain in the ass.

Actually just pulled out my ol' Nano this week, connected it to the iMac 27" and threw a few playlists on there for working out at the gym. Worked great, battery life is better than I remember, and it was refreshing having a tiny device dedicated only to music. The only thing I 'forgot' was how bad Bluetooth was then, sometimes shifting to the wrong pocket is the equivalent of walking 40 feet away with newer devices.

I figured Apple would bring back some MagSafe version of the iPod that slaps on the back of the phones so people could share with friends that would double as the current use case of the MagSafe Battery Pack or something. I always forget the Apple Watch has storage and the gym where I'm going now has horrendous cell reception hahaha. Maybe I'll go get one of those old Sony Walkman Sport CD players and rock a fanny pack with some wired cups 🤭🤓
Reactions: iLLUMI

ColdShadow said:
I’m surprised they aren’t all obsolete already.
They should have been obsolete a decade ago.
iPod was never anything special imo,there was always higher quality digital music players around from many other companies before iPod was even created.
and I remember having to use iTunes to transfer music was a HUGE pain in the ass.
Click to expand...

Uh... no. When the original iPod came out, besides saving and turning Apple into the unstoppable juggernaut that it is today and not a laughing stock that Bill Gates was buying with spare change before Steve Jobs returned, the largest MP3 players often cost $400 for like 128mb of space. The iPod was the same price with 10GB of songs and vastly superior sound quality. iTunes was fine; once Windows felt threatened, they started trying to make it harder to sync with PC's while they were launching their own competing product to dozens of screaming Zune fans.
Reactions: AF_APPLETALK, orbital~debris and HowardLive

iPod? pfft. I got a ZUNE!
Reactions: orbital~debris, ackmondual, HowardLive and 1 other person

It's been dead for a decade. now my workout tool is Apple Watch and headphone. Better? perhaps. but it drains battery

ouffffff, I sold that thing instantly after I tried that.

pretending to be post-millennial I see, 😆
Reactions: iLLUMI and oneteam

ponzicoinbro said:
If it doesn’t have a click wheel it’s not an iPod.

I will fight anyone about that.
Click to expand...

I love making playlists with the touch screen on my Nano. Seven of whatever you have in there fit in the screen all at once, so everything's pretty easy to get to with a few taps and swipes in comparison to using a wheel. I tend to need to go back a bit in an audiobook or podcast and that's also easier to do on a screen.
R