Apple is in the process of transitioning App Store pricing from the U.S. dollar and euro to local currencies in nine countries. The announcement was made last week on Apple's iTunes Connect resource page, and the first reports are coming through that the price changes are equating to small savings in some countries, owing to favorable exchange rates.

App Store pricing in Romania is now showing in the country's Leu currency, which has made books, apps, and songs a little cheaper, according to iTutorial.ro. For example, an individual music track that cost 15,42 lei before the change, now costs 14,99. Small savings also extend to Apple Music and iCloud subscriptions. 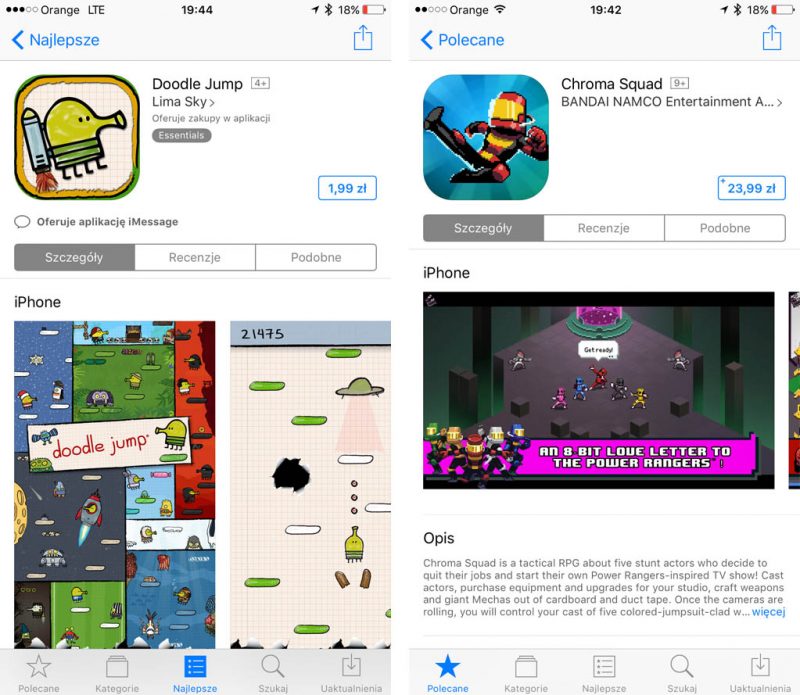 Similar subscription savings have been reported by ThinkApple in Poland, where many prices have been converted at a rate of 1 euro to around 4 zloty, which is currently lower than that offered by banks. Savings in the region aren't as forthcoming in the App Store, however, with some prices actually a little higher.

As well as Poland and Romania, Apple is switching store currencies in Bulgaria (Lev), Czech Republic (Koruna), and Hungary (Forint). In addition, Chile, Colombia, Croatia, and Peru are changing to local currency from the U.S. dollar. Developer proceeds will also be paid out in local currencies as and when the transitions complete.

Here in Colombia Apple Music services , downloaded bought music, Apps, iCloud service and iBooks are reasonable cheap compared to the old US scheme with savings up to COP$1,000. Where we are royally screwed is with the Movies store, they're hella expensive.

I hope this means that finally iTunes Gift Cards are offered here in Colombia. There's a culture of everything in pre-paid.
Reactions: andresro14

Glad to see this happening.

Developers and people who sell on iBooks should check if their content is available in these stores. I read reports on Twitter (good, reliable sources) that some content became unavailable in Poland for example.

Mainly apps which cost 1.09 EURO are now more expensive but other stuff became cheaper a bit.
Last edited: May 25, 2017

Mainly apps which cost 1.09 EUR are now more expensive but other stuff become cheaper a bit.
Click to expand...

Agreed. Looking at common prices, only basic 1,09 EUR is now a bit pricier. For example, 50 GB iCloud which used to be 0,99 EUR now is only 4 PLN. Apple Music is also cheaper (20 and 30 PLN for standard and family plan respectively, instead of 5 and 8 EUR).

winmaciek said:
Agreed. Looking at common prices, only basic 1,09 EUR is now a bit pricier. For example, 50 GB iCloud which used to be 0,99 EUR now is only 4 PLN. Apple Music is also cheaper (20 and 30 PLN for standard and family plan respectively, instead of 5 and 8 EUR).
Click to expand...