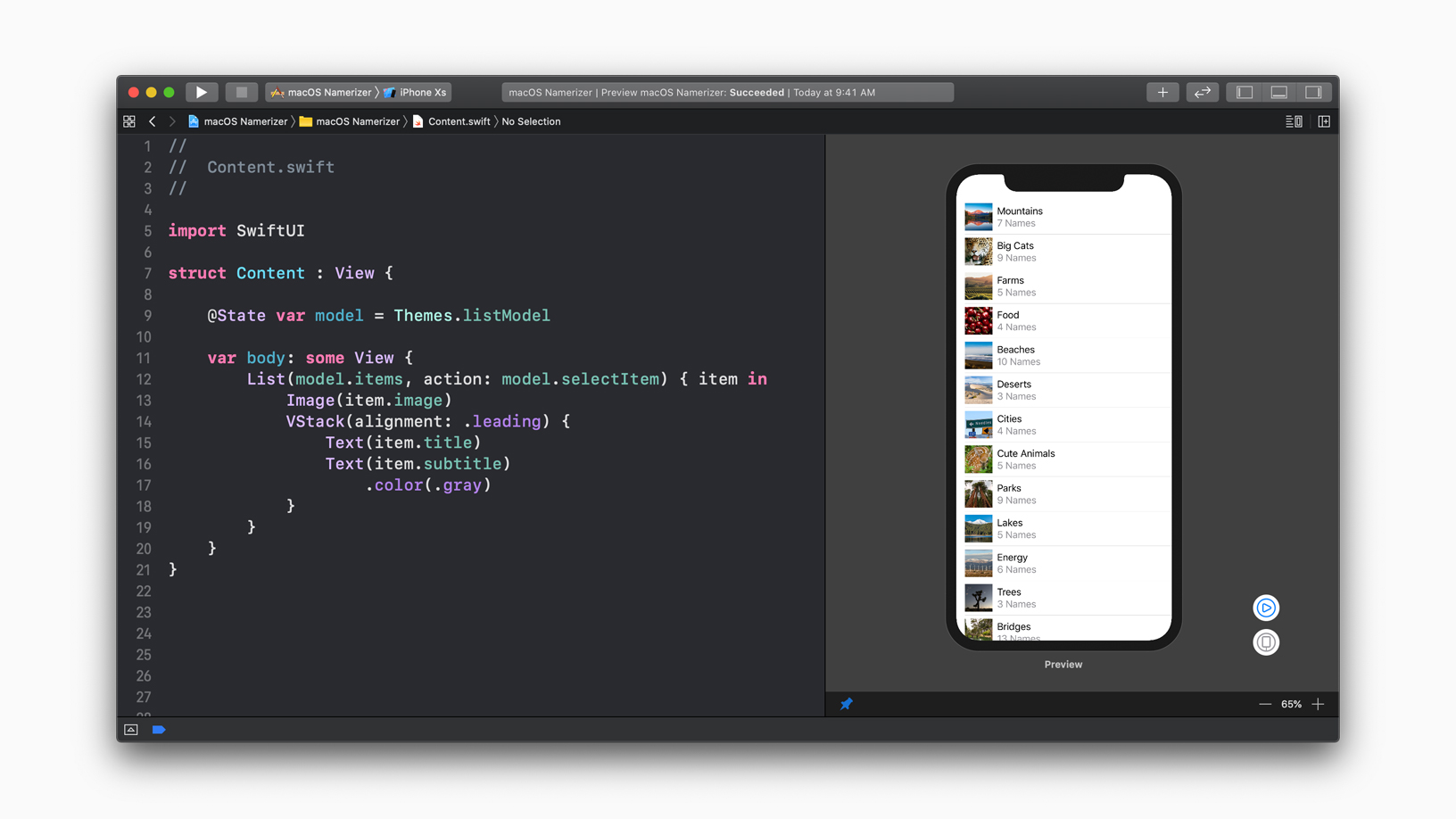 In addition, a new graphical UI design tool built into Xcode 11 makes it easier for UI designers to quickly assemble a user interface with SwiftUI without having to write any code. Swift code is automatically generated and when this code is modified, the changes to the UI instantly appear in the visual design tool, allowing developers to see automatic, real-time previews of how the UI will look and behave as they refine and test their code.

The new Swift API is universal, meaning it can be used to build app UIs for Apple Watch, Apple TV, Mac, iPad, iPhone, and Apple Watch.

Glad to see they're finally addressing the lack of Cocoa Bindings on iOS...

gd one of the most painful parts of the SDK was view-controller interactions.
Reactions: DeepIn2U
D

Until then it's React Native all the way.

I, for one, am into this.
Reactions: DeepIn2U
V

This is huge. The room had so much energy when this was shown in a demo
Reactions: DeepIn2U, Lopov Jack, T'hain Esh Kelch and 3 others
O

This is absolutely incredible.

I’m actually proud to be an Apple fan today, and I never thought I’d say those words again!
Reactions: Burningtime, DeepIn2U, T'hain Esh Kelch and 7 others

I actually like digging around in code but getting interfaces to interact properly with auto layout has been something I struggle with. I'm interested to start playing around with this.
Reactions: daveheinzel and Spinnetti
S

This is absolutely incredible.

I’m actually proud to be an Apple fan today, and I never thought I’d say those words again!
Click to expand...

This is probably the best thing I’ve seen at an Apple Keynote since, well, Swift itself. I love it, I hope it works and they continue to expand on it.

I haven’t actually watched the keynote yet, does it have any React-style functionality or is it purely a visual building tool?

And people were afraid to say goodbye to Objective-C
S

Xenc said:
And people were afraid to say goodbye to Objective-C
Click to expand...

Making it easier to code does not mean it's a better way of coding...
Especially relying on auto layout is a big no go on complex UI. It's sending your app into performance hell.
Swift is still awful and impossible to use in larger app environment. None of the App you see in market that that scale like FB app, or even half of it can be handle with Swift. IDE simply crash or stutter all the way. Not to mention Swift compiler bugs constantly popping left to right on library levels.

With reactive style of coding, some might be a fan, some are not. It's a new way of trying things, but not for majority.

The Diffable binding seems to be way too basic compare to things like IGListKit or even Android's native Diff for recycle views.....And it's only for SwiftUI...
J

They finally posted the replay. Wow, I love that preview window that changes dynamically. Can't wait to play around with Swift UI.


Jyby said:
You gotta use stacks more. Try them first before constraints. Stacks in stacks are ok too.
Click to expand...

any online resources for learning SwiftUI ? I am new to swift in general.
You must log in or register to reply here.

Apple Introduces New Frameworks and Tools for Developers, Including Xcode 12