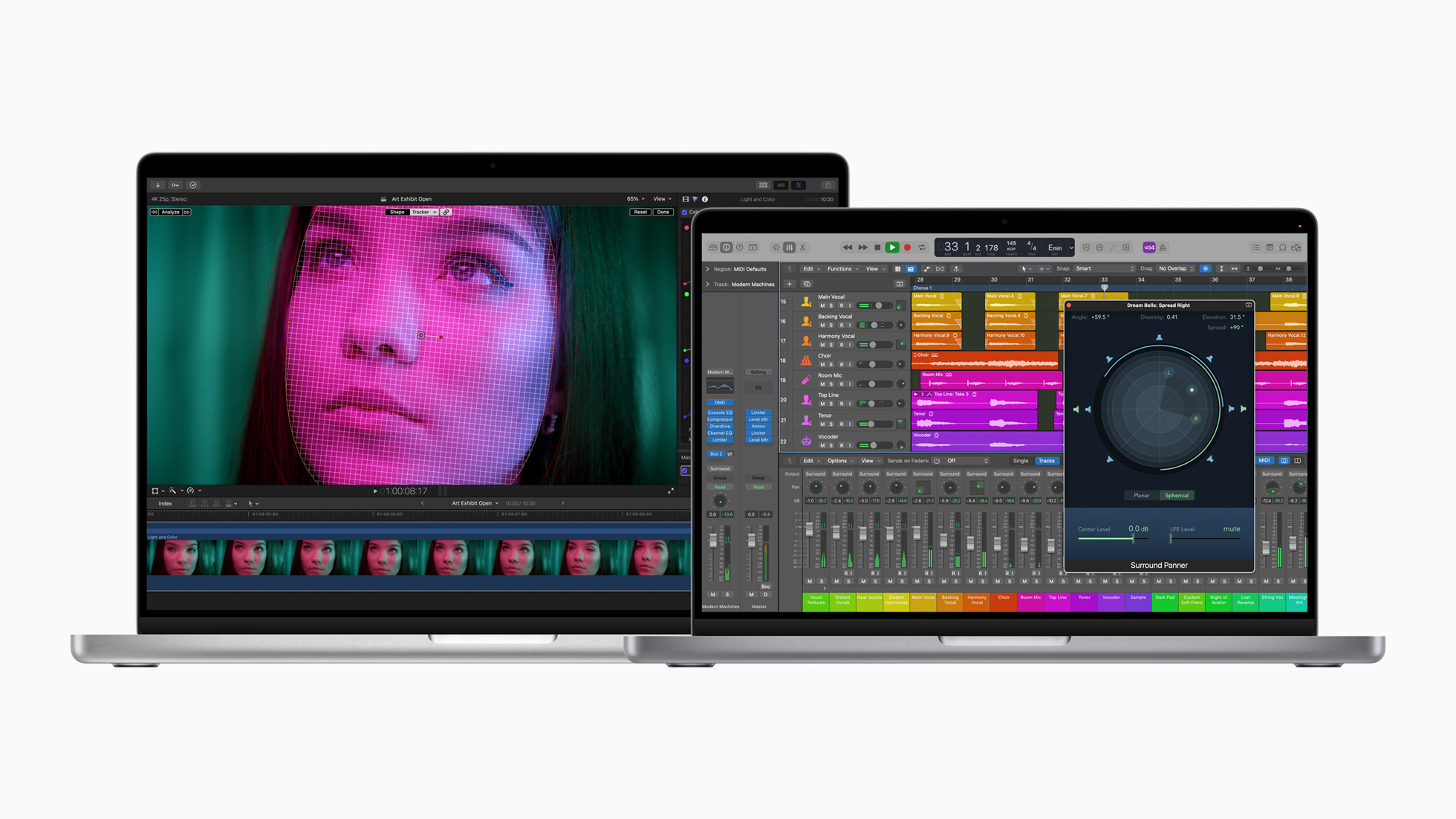 Using the latest Final Cut Pro 10.6 update and the M1 Pro and M1 Max, video editors can now play up to seven streams of 8K ProRes or color grade 8K HDR video at full resolution, and export ProRes video over five times faster than before.

The latest Final Cut Pro also includes a new Object Tracker that uses machine learning to automatically detect faces and objects, and match their movement to create cinema-quality titles and effects on any Mac. Object tracking analysis is up to 5x faster on the new 16-inch MacBook Pro, and takes advantage of the Neural Engine's machine learning capabilities to accelerate the detection of faces and objects in video. 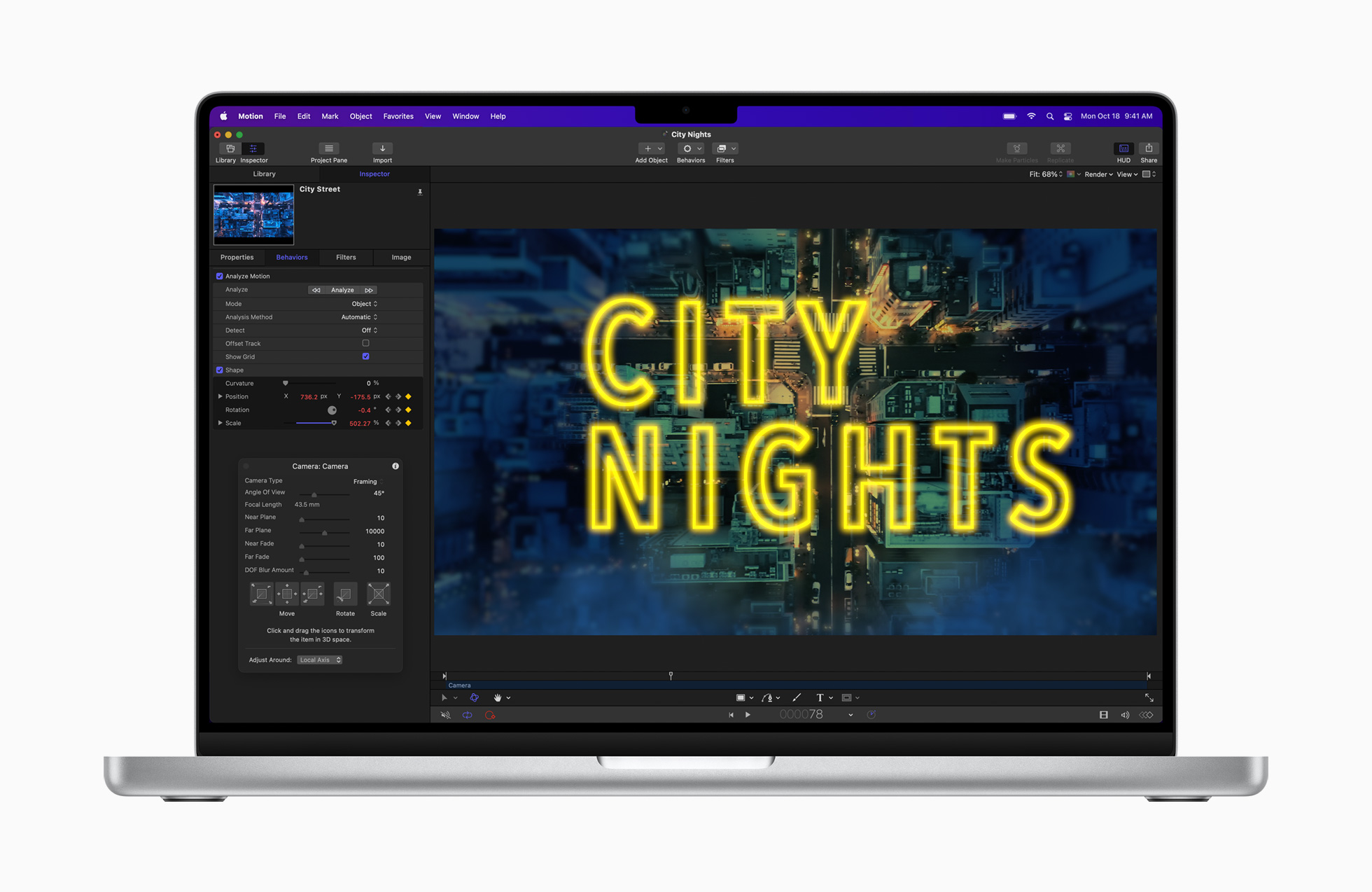 On the new MacBook Pro, Compressor can transcode HEVC video up to twice as fast and transcode ProRes video up to 10 times faster. Compressor can also transcode Canon Cinema RAW Light video files to other professional formats like ProRes and H.264 for the first time, and Watch Folders can automatically encode content placed in a selected folder in the file system.

Logic Pro, Apple's pro music creation software, now comes with a full set of tools for authoring spatial audio music, allowing users to to mix and export songs in Dolby Atmos for Apple Music. Musicians can also use up to three times as many plug-ins for recording on the all-new MacBook Pro with M1 Max.

Logic Pro now also comes with all the new Producer Packs introduced in GarageBand this summer. Musicians can use beats, loops, and samples created by the likes of Boys Noize, Mark Lettieri, Mark Ronson, Oak Felder, Soulection, Take A Daytrip, Tom Misch, and TRAKGIRL. Logic users also now have royalty-free access to 2,800 new loops, 50 new kits, and 120 new patches they can use in their own songs. 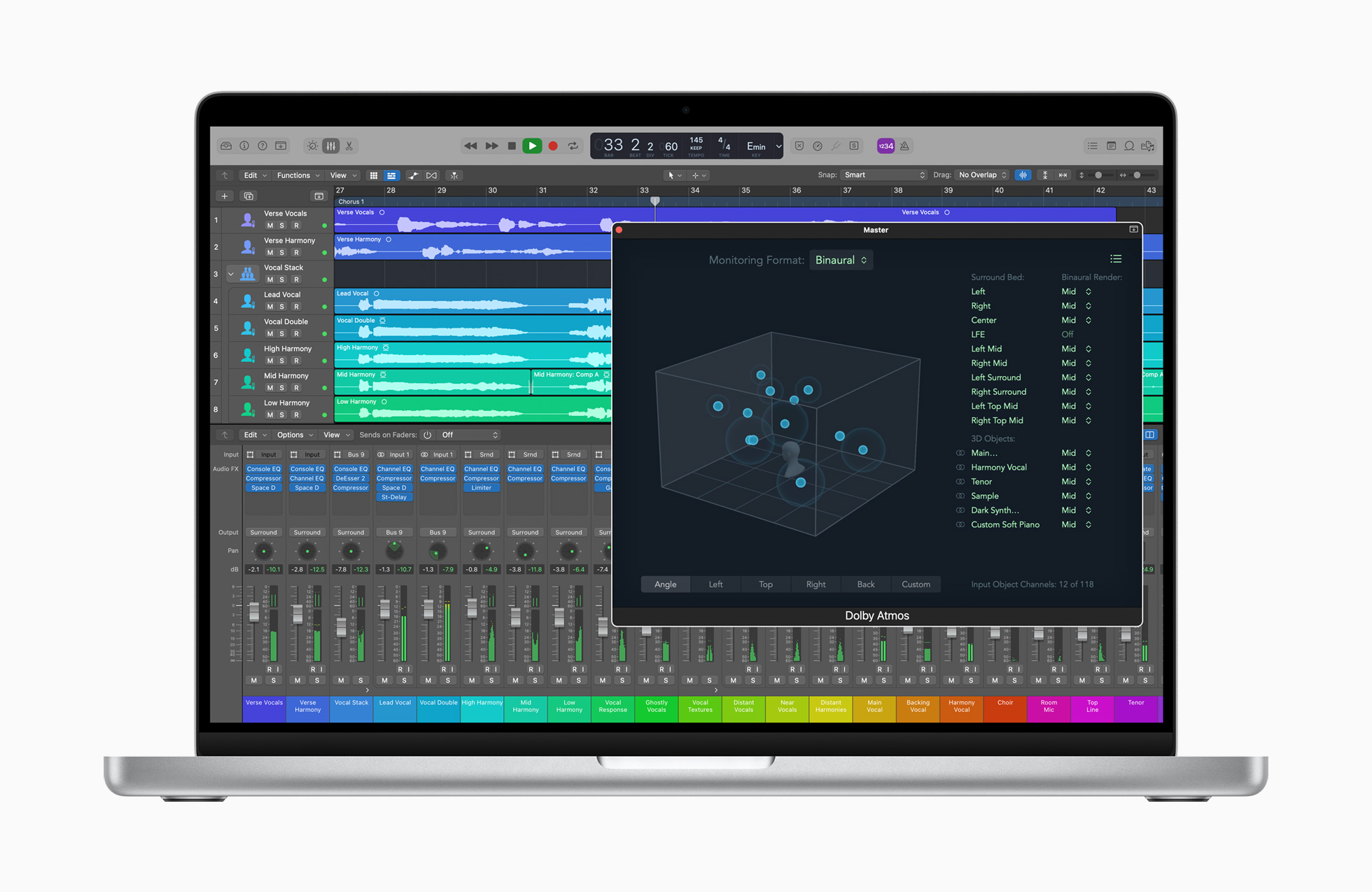 "The world's most creative people use Final Cut Pro, Logic Pro, and the Mac to make the memorable movies, TV shows, online videos, songs, and soundtracks that we all enjoy," said Bob Borchers, Apple's vice president of Worldwide Product Marketing. "With the combination of powerful new features in Final Cut Pro and Logic Pro, and the unprecedented performance from the MacBook Pro powered by the all-new M1 Pro and M1 Max, pros will be able to push the limits of their creativity like never before."
Click to expand...

Apple has also released updates for its iMovie app for the Mac and its Logic Remote app for the iPhone and iPad.

They made them notch-ready!!
Reactions: Nicky G

Seems like they could use Siri voice to text technology to (easily?) add Auto Captioning in FCPX. That would save me a lot of time.
Last edited: Oct 19, 2021
Reactions: dkamisato, FCX, MacFan782040 and 1 other person

Hoped they fixed that bug that compressor fails to dismiss the dgpu when quit, resulting in quicker battery drain.

dorsal said:
Seems like they could use Siri voice to text technology to add Auto Captioning in FCPX. That would save me a lot of time.
Click to expand...

This -- and a lot of other features -- are much needed. ie: Creating text in FCPx is such a hassle.
Reactions: dkamisato
F

Not showing for me on Intel rMBP. I thought it would get the update but not that function. But I guess the whole update is only available on Apple Silicon?

Really excited for this! I can't wait to see the interface for spatial audio. Also, I'm glad I haven't downloaded the Dolby plugin.
Reactions: dkamisato
G

Just showed up for me
E

Great that Final Cut finally has built-in motion tracking! This will be especially nice, not having to send things to Motion to do such tracking effects, and allowing FCP to better compete with Adobe Premiere Pro, DaVinci Resolve, Avid Media Composer and Windows-only rivals like Magix Vegas Pro. And it'll also be easier for me to do such effects in my YouTube Poops, too!
And with this update, the only Mac I now have that can run FCP 10.6 is my M1 MacBook Air. No big deal though, as I've done a LOT of video editing on it. And soon I may even patch my 2012 15" pre-unibody MacBook Pro to run Monterey once it has come out, so there's also that...
Reactions: dkamisato
S

Not seeing either update yet - anxious to try them out - especially spatial audio.

Great to see another Logic update. But Big Sur required is a bummer, the guys I work with all just switched to Catalina. Requiring the latest OS is a pain when you are using lots of third party plugins.
You must log in or register to reply here.
Share:
Facebook Twitter Reddit Email Share Link
Register on MacRumors! This sidebar will go away, and you'll see fewer ads.
Sign Up
Top Bottom