Apple today updated its TestFlight app to version 2.5.0, adding support for new iOS 13 features. TestFlight is an app that developers use to allow people to beta test their apps ahead of release.

The updated version of TestFlight features support for Dark Mode for the first time, allowing users who have Dark Mode enabled in iOS 13 to see a dark view of TestFlight rather than the standard light mode. 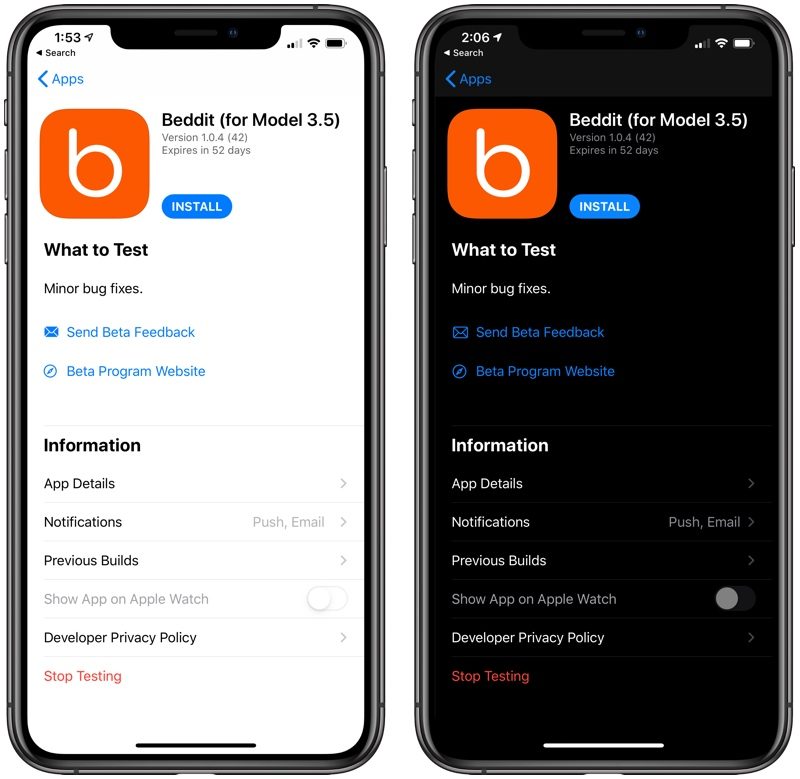 iOS 13 is required for the Dark Mode to be activated, and it will turn on whenever the overall iOS Dark Mode is setting is on - there's no separate toggle.

I honestly don't understand the obsession for Dark Mode....
Click to expand...

I find it handy when I'm using my phone in low-light conditions. WAY less glare.