Ahead of the 2018 Worldwide Developers Conference, which kicks off on Monday, June 4 with a keynote event, Apple has updated its official WWDC app for iOS devices, introducing a revamped design, a new organizational system, and a list of available sessions and labs that will be hosted by Apple employees at the event.

According to Apple's release notes for the app, the update introduces a new look that is designed to make it simpler to find favorites, downloaded videos, sessions, and labs so developers who are unable to attend are able to quickly access WWDC resources. 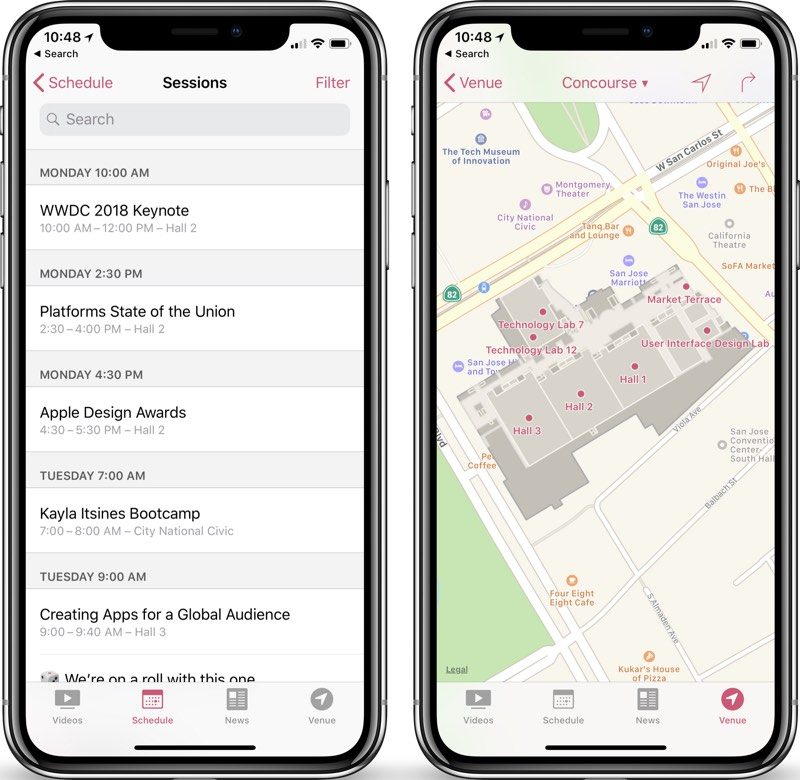 Topic-based organization of videos, sessions, and labs has been added to make it easier to find discussions covering specific aspects of the software, such as "Building apps for watchOS" and "Building Modern Apps."

The app has been updated with a new 2018 schedule that outlines when various sessions and labs will be held. Notably, Apple last year eliminated the Apple Design Awards ceremony, but will be reintroducing it this year on Monday afternoon.

Some of the app sessions have placeholder names as they cover topics and features that will be announced at Monday's keynote event when new versions of iOS, macOS, tvOS, and watchOS are unveiled.

For developers who are on-site and attending WWDC, the app offers up on-site tools like maps and start times for labs, sessions, and events. For those unable to attend, it includes live video streams of the keynote, labs, and sessions.

Like last year, Apple is also offering a tvOS app for the fourth and fifth-generation Apple TV so developers can also watch WWDC sessions on their television sets.

The Worldwide Developers Conference starts on June 4 with a keynote that will take place at 10:00 a.m. Apple will live stream the keynote on both its website and on the Apple TV, and MacRumors will also provide live coverage on MacRumors.com and through the MacRumorsLive Twitter account.

Apple's WWDC app can be downloaded from the App Store for free. [Direct Link] 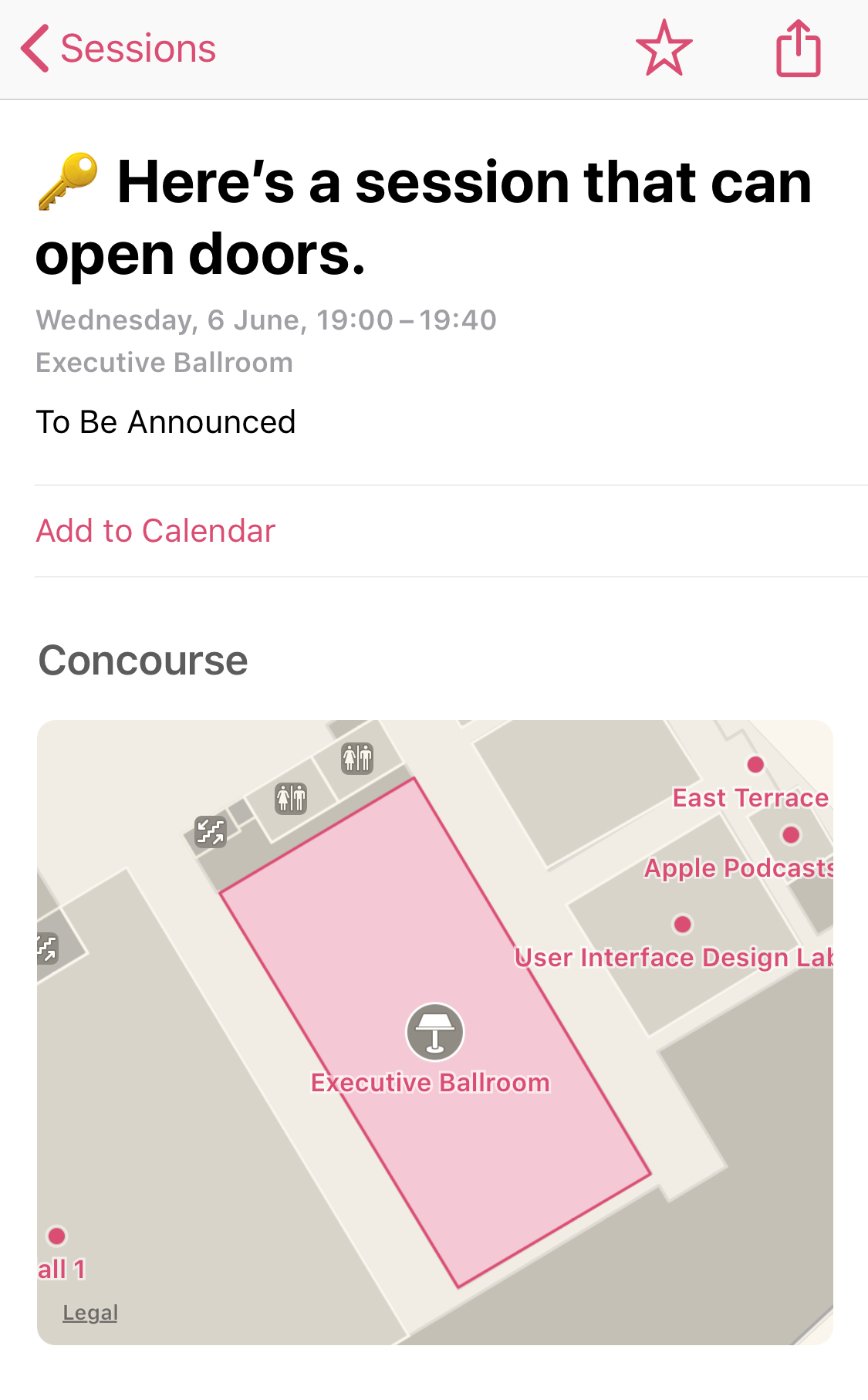 Funny, I just received invitations to take the App Store Market research survey for the dev accounts I manage. This will be fun.
M

They’ve been reading the rumors!
[doublepost=1527619542][/doublepost]Lol...after they announce the NFC door locks all the doors at WWDC will be locked and you’ll have to update your device to ge to the sessions.
Reactions: martyjmclean

I keep trying to add the WWDC pass to my wallet, sadly it doesn't work like that

Being able to open my hotel room with my iPhone would be great..