The watchOS 8.4 release candidate that was seeded to developers and beta testers this morning addresses an ongoing bug that could cause some Apple Watch chargers not to work properly with the Apple Watch. 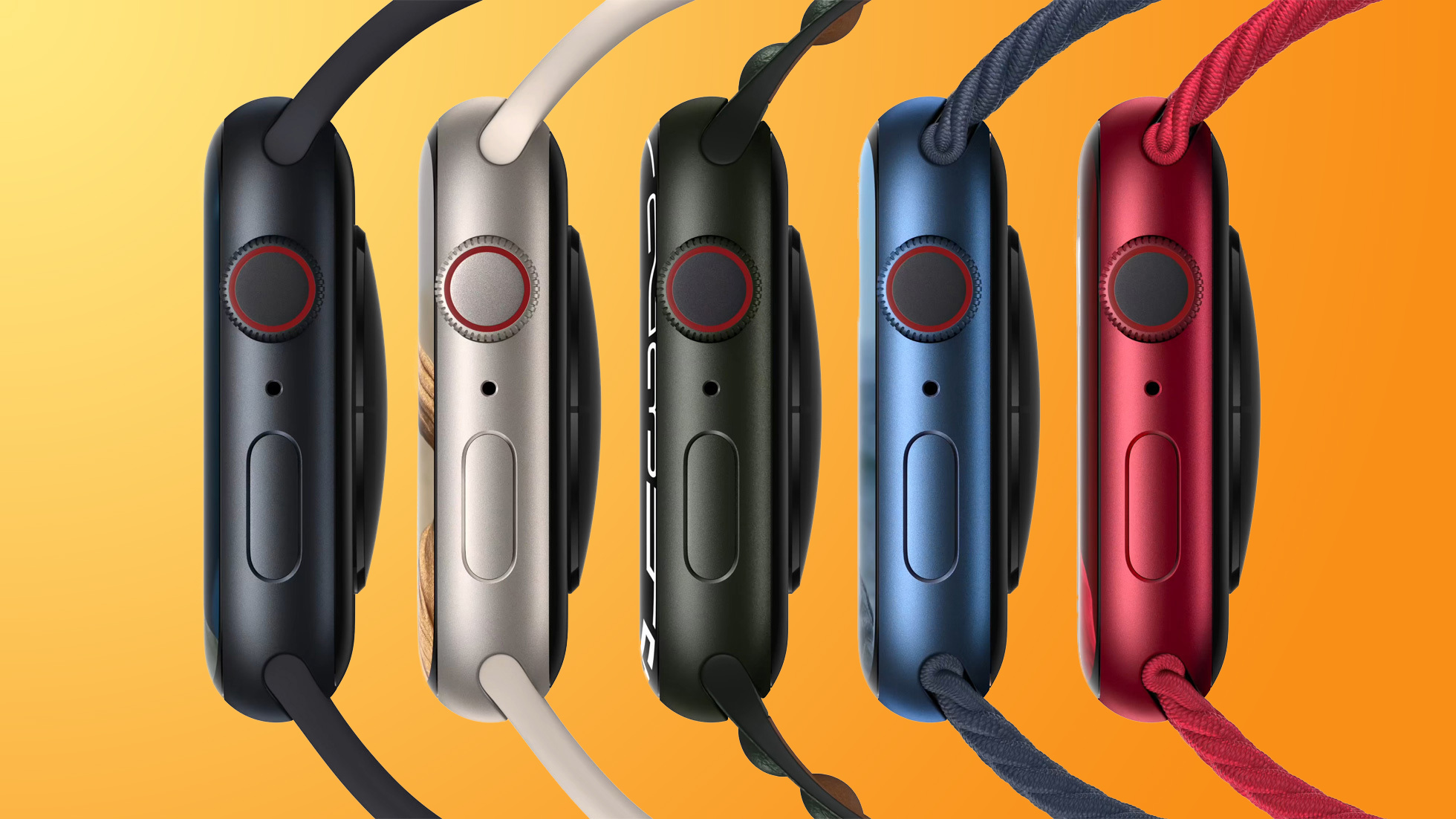 Back in December, we reported on a growing number of charging issues that Apple Watch Series 7 owners were facing. Since watchOS 8.3, there have been a number of complaints about third-party chargers not functioning as expected.

For many users, third-party chargers would refuse to charge an Apple Watch Series 7 at all, and some others saw problems where the charger would appear to work normally, and then quit working after a few minutes.

Many of the reports focused on more affordable third-party chargers from Amazon, but there were also complaints about higher-end chargers from brands like Belkin. Some people even had charging issues with Apple's own Apple Watch charging pucks.

According to Apple's release notes for the watchOS 8.4 update, the software specifically fixes a bug that could cause some Apple Watch chargers not to work, suggesting the charging issues will come to an end when watchOS 8.4 sees a release.

I hope so, but given the reports here in the forums it also affected folks with original Apple chargers/cables so this statement might be premature until those who were impacted can confirm it is indeed fixed.
I for one never had an issue
Reactions: DeepIn2U, rjp1 and TheYayAreaLiving 🎗

I've experience this bug myself personally. It was annoying. Glad to see it is finally being fixed. Better late than never.

I did! I had my Apple Watch Series 7 plugged in last night and I woke up in the morning it wasn’t charged. Yes, I used official Apple charger.

As someone who has had a Red Series 7 that has been unusable since two days after I got it... I'll believe it when I charge it.
Reactions: SqlInjection and stiligFox

Will this make my Series 5 charge a little faster?

I haven’t updated to 8.3 because of this mess. Hope Apple sorts it out!
Reactions: getrealbro
J

pdaholic said:
I haven’t updated to 8.3 because of this mess. Hope Apple sorts it out!
Click to expand...

This was reported way before 8.3 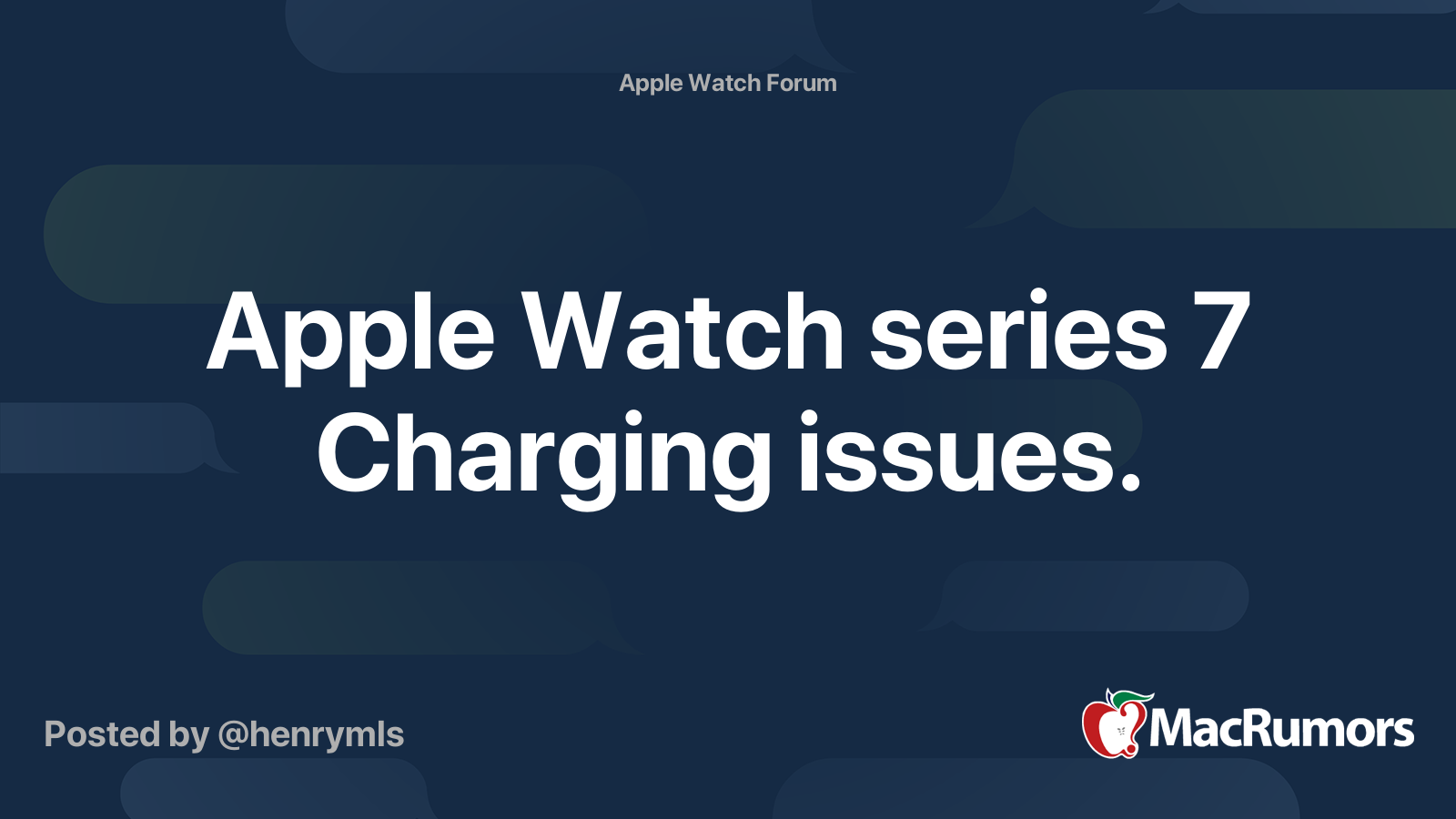 Have been having issues charging my Apple Watch series 7. Getting the watch replaced on Monday but was wondering if anyone else has that problem. The watch randomly stops charging and does not charge, I have to remove the watch from the charger several times to get it to start charging again...

I’m so glad I’m avoiding all these platform updates this year. I just think I’m going to hold out till macOS 13, iOS 16, watchOS 9 GMs before I upgrade.
Reactions: MuppetGate and BeefCake 15

How about the bug that makes the screen stay on while on nightstand mode? Since watchOS 8 both my series 4 and my wife’s series 5 will, sometimes, come on and stay on until we remove from charger and place it there again. Never had that issue before watchOS 8.
Reactions: BabaBooey21
S

So this was only an issue with 3rd party chargers? Wonder what would cause this kind of issue? Glad to hear that it is fixed.
Reactions: TheYayAreaLiving 🎗

Recently my 6 started to misbehave if I let it run completely flat or down to the last few percent. It won’t charge when placed on the puck until I hard reset it. Could be just my unit of course.

Have been having issues charging my Apple Watch series 7. Getting the watch replaced on Monday but was wondering if anyone else has that problem. The watch randomly stops charging and does not charge, I have to remove the watch from the charger several times to get it to start charging again...

True, but I have seen several posts where problems didn’t begin until the user updated to 8.3. Hence the reason I’m reluctant to leave 8.2.
G

Ever since I bought a MagSafe Duo, my series 4 when on charge will constantly light up and show the charging animation. Super annoying.

My S4 would appear to charge for a few minutes and then stop with no warning, leaving me very disappointed when I picked it up. It's done this repeatedly, as described in the post, on the official apple charging cable, plugged into a multiport GaN charger.

Not an S7, but this described my issue:

... and some others saw problems where the charger would appear to work normally, and then quit working after a few minutes.
Click to expand...

I'm having this issue sometimes with my Series 6 AW and an Anker charger. Glad it's being fixed.
Reactions: rjp1

Apple have really dropped the ball on this. Anything that prohibits charging should be treated at the highest priority and an out of band patch issues ASAP. To make users wait and potentially be without their devices is unconscionable.
Reactions: 619nedo, psiddle, Wizec and 5 others

I hope so
B

My s4 and my wife’s s7 takes a few seconds before it starts charging for some reason.

My S4 wouldn't charge with the official charger. It was very scary, thought it was hardware. Hope it's finally fixed
T

So how does one update if the Watch cannot be charged?

pdaholic said:
I haven’t updated to 8.3 because of this mess. Hope Apple sorts it out!
Click to expand...

See my reply above.

😡 I guess I just threw away a perfectly good bedside charger.. I upgraded to Watch 8 earlier in the week because it wasn’t charging. I assumed it had something to do with the Watch charging spec was incompatible with older 3rd party chargers🤦🏾‍♂
You must log in or register to reply here.
Share:
Facebook Twitter Reddit Email Share Link
Register on MacRumors! This sidebar will go away, and you'll see fewer ads.
Sign Up
Top Bottom