Jury deliberations for the iPod antitrust lawsuit Apple faced in court last week began on Monday, and it appears the jury has already reached a verdict just a day later. As reported by The Verge, the jury has sided with Apple, finding the company not guilty of harming consumers with anticompetitive practices.

In the class action lawsuit, the plaintiffs argued that Apple had deliberately crippled third-party music services by locking iPods and iTunes to its own ecosystem, which in turn artificially raised the price of Apple's products. At issue was a specific iTunes 7.0 update that disabled the DRM workarounds put in place by RealNetworks, a competing music service, allowing its music to be played on the iPod. 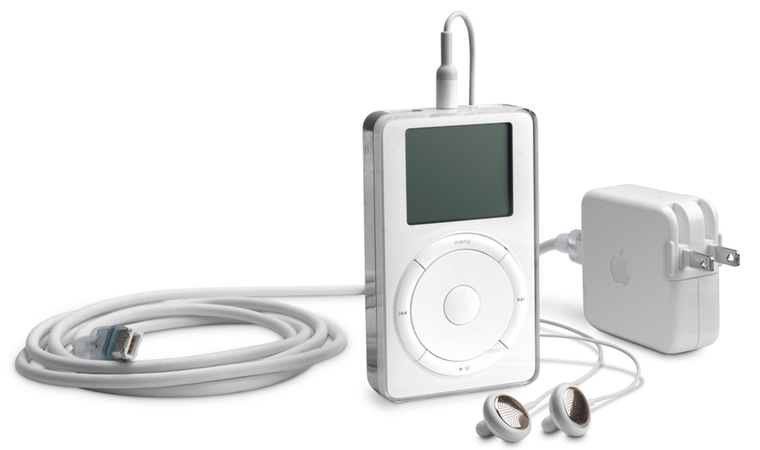 Apple argued that the iTunes update in question was done mainly to improve the iTunes service rather shut down third-party music services, a point that the jury agreed with.

Delivering a unanimous verdict today, the group said Apple's iTunes 7.0, released in the fall of 2006, was a "genuine product improvement," meaning that new features (though importantly increased security) were good for consumers. Plaintiffs in the case unsuccessfully argued that those features not only thwarted competition, but also made Apple's products less useful since customers could not as easily use purchased music or jukebox software from other companies with the iPod.
Click to expand...

During the trial, Apple also explained that its DRM efforts and the blocking of competing music services was done at the behest of record companies. According to Apple, its iTunes updates were designed to preserve deals and protect consumers from hackers and malicious content.

Apple executives like iTunes chief Eddy Cue and head of marketing Phil Schiller testified during the trial, and former Apple CEO Steve Jobs also had a large role, in the form of emails and a 2011 videotaped deposition that was shown in court.

The plaintiffs in the trial were asking for damages of $350 million, which could have gone up to $1 billion under antitrust law. Apple's victory means the company will not have to pay out any money at all.

Great news. Sanity prevails. Now we just need some sanity from the appeals court in the e-books case.
Comment

Here is to hoping that Apple can get their lawyer fees back. That should provide some disincentive to sue in future
Comment

Imagine the precedence that would have been set had the plaintiffs won this case. Every tech company for the rest of time would be open to litigation for just about any security enhancement that also limited interoperability with third party systems and equipment.

Thank god there are some smart people out there and they found their way on this jury.
Comment
J

KPOM said:
Great news. Sanity prevails. Now we just need some sanity from the appeals court in the e-books case.
Click to expand...

And I think we're going to get it. Of course that one would make the collective tech press' head explode!
Comment

I wonder if the lawyers will try to "settle" to get paid, i.e., promise not to appeal if apple kicks some $$ their way.
Comment

Apple's too clever and too big to lose. Anyone who's ever been to court representing a popular company like Apple knows it's verdicts are based on a plethora of considerations of which justice is rarely a factor.
Comment
S

What a waste of time 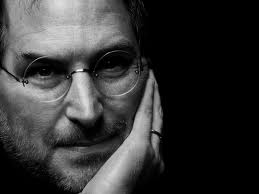 Anyone ever read 'The King of Torts' by John Grisham?

I am reminded of it by this case: essentially it seems to me to be that things like these are vexatious litigations in the hopes that Apple would settle, with the individual class recipients receiving little, but the lawyers quite probably creaming off a percentage of each payout making them, but nobody else, pots of money. Such lawyers essentially take a risk on not actually having to go to trial.

Whether that applies to this case in particular I cannot say, but I have my suspicions. If I'm right, Apple has called their bluff and won. And good thing too.
Comment
J

Good. I knew this whole thing was a sham when I heard the original plaintiff's iPods weren't even affected by the thing they were suing for.
Comment

joelypolly said:
Here is to hoping that Apple can get their lawyer fees back. That should provide some disincentive to sue in future
Click to expand...

They can request and possibly get reimbursement for court costs, but losing a case does not normally entitle the winner to recover their entire legal defense costs from the plaintiff.
Comment

Apple made something and then decided how it should work.

The lawsuit didn't seem right. Because Apple made something good, other people decided that Apple shouldn't be allowed to control it any more? Really? So you have to give up control over anything that YOU make once it gets popular? How is that fair?
Comment
P

maflynn said:
I wonder if the lawyers will try to "settle" to get paid, i.e., promise not to appeal if apple kicks some $$ their way.
Click to expand...

I know this is the cost of doing business, but in my opinion the lawyers should have to pay Apple for a frivolous lawsuit. Think of all the effort Apple had to put into their defense. If the plaintiff's won, Apple would have been forced to pay lawyer fee's. It should go both ways.
Comment

In an unrelated story, 11 former jurors were seen walking out of the courthouse testing out and comparing notes on their new apple watches...
Comment

Patriot24 said:
Imagine the precedence that would have been set had the plaintiffs won this case. Every tech company for the rest of time would be open to litigation for just about any security enhancement that also limited interoperability with third party systems and equipment.

And that's the other even more important angle to this case. It's a good day for everyone, not just Apple!
Comment
2

I am glad that is over. I hope the ebook things ends soon and in the same fashion.
Comment

MacRumors said:
the jury has sided with Apple, finding the company not guilty of harming consumers with anticompetitive practices.
Click to expand...

This may be overly technical, but there is no "guilty" or "not guilty" in civil litigation. Guilt is a matter only for criminal cases. In civil cases, the matter is whether the defendant is "liable." Thus, the headline should read "Found Not Liable Because Consumers Were Not Harmed"
Last edited: Dec 16, 2014
Comment

Patriot24 said:
Imagine the precedence that would have been set had the plaintiffs won this case. Every tech company for the rest of time would be open to litigation for just about any security enhancement that also limited interoperability with third party systems and equipment.

The current class action lawsuit is prominent in the news because it’s sensational, featuring a videotaped deposition by Steve Jobs, who has been dead for 3 years or so. Here's the real story >>

The plaintiffs allege anti-competitive behavior by Apple. In the 2006 - 2008 period, Apple’s software prevented copying iTunes music content from the iPod to a 2nd computer, if the iPod had been already been connected (and backed up) to another computer via iTunes. If a user attempted to connect to a 2nd computer, a message appeared stating, “ … this device (iPod) was already associated with a computer … to connect with another computer, you must erase all content - click OK to continue …”. And the content was then erased. Oops!

Did this represent Apple’s attempt to prevent competing music on its devices, or other anticompetitive behavior? No - what really happened was that Apple had been told by the music industry (RIAA) to cease/desist rampant music piracy (copying to multiple devices). The RIAA was paranoid and considered the iPod to be the ultimate piracy device, with a huge 160 GB disk drive, allowing users to copy music to all their friends in an unlimited way. RIAA demanded that Apple remedy this by installing a method to prevent copying to more than one device.

Which Apple did - it had no choice. Given the nature of Apple’s business development and the nature of distributing massive software updates, the correction (software update to iPods and the iTunes software to satisfy the RIAA) was a bit clumsy. iTunes was modified so that the iPod could copy songs to only one computer, as demanded by the RIAA, and not to a 2nd computer. In certain situations (a customer bought a 2nd computer due to computer crash, or whatever), this resulted in inconvenience, or maybe the customer “lost” his music because it was erased when the iPod connected to a 2nd computer and had not been backed up properly. Predictably, some sued, and the lawsuit is still playing out. And this is all due to legal issues and the RIAA, not Apple’s anticompetitive behavior.

My take is that it represents predictable growing pains at the intersection of two huge industries - music and mobile/computer technology - in a period of rapid and disruptive change, complicated by the legal system. For sure, Apple wanted to change the way music was distributed and wrestle away the viselike grip that the big music distributors had on the music content providers and artists. This was embraced by customers - note that CD sales are way down, now that most people now buy music by software download or by paid streaming services instead of by CD purchases. Or cassette tapes or vinyl records, for that matter. To continue this rapid change theme, Apple’s iTunes music sales subsequently peaked and then declined as competitors entered the picture with another disruptive technology - streaming music: Beats Music, Google Play, iTunes, Pandora, Rdio, Spotify. Far from monopolizing all music sales, Apple’s actions to popularize online digital music distribution ultimately opened music distribution to many competitors, and Apple is playing catch-up with its purchase of Beats Music. In fact, Spotify is winning, not Apple, at the moment. Customers are getting all the music they want (and only what they want!) at lower prices. The old music distributors are fading away since they offer no value. And it’s harder for artists to command exorbitant fees, since it’s easier for newer (and lesser-paid) artists to enter the digital distribution scheme (at least in some cases, not all).

If you think about it, this lawsuit is a moot issue. Old news, now passed by by even newer technology and new competition. But the lawyers still want their millions, while allegedly “affected” customers each get 50 cents or so.

It's gratifying to see the jury side with Apple, not the class action lawyers, on this one.