Apple is widely rumored to be working on a Siri-based smart home device with a speaker, and Australian leaker Sonny Dickson has shared new details about its possible design and features on Twitter and with MacRumors. 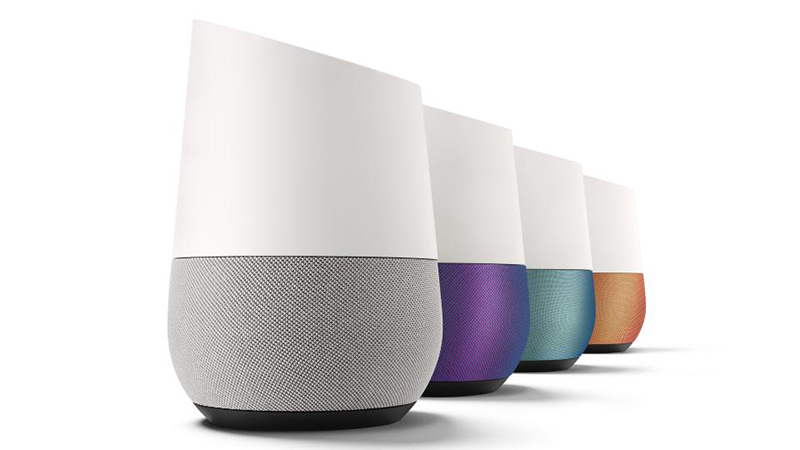 Apple's smart speaker could take design cues from the Google Home​
Dickson said that Apple is currently "finalizing designs" for the Amazon Echo and Google Home competitor, which he expects to be marketed as a Siri and AirPlay device. "It is believed to carry some form of Beats technology," he added, while noting that the device will run a variant of iOS software.

It is believed to carry some form of Beats technology, and is expected to run an variant iOS - Sonny Dickson (@SonnyDickson) April 27, 2017
Click to expand...

Dickson later told MacRumors that the device, allegedly codenamed B238 internally, will feature a Mac Pro-like concave top with built-in controls. His source, which he told us is "someone inside Apple," described the device as "fat" like the Google Home with speaker mesh covering the majority of the device.

Dickson was told Apple's smart speaker could be unveiled at WWDC 2017 in early June, but as always, the company's plans could change.

In September 2016, Bloomberg reported that Apple's smart home device had entered prototype testing, including both a larger and a smaller model in line with Amazon's current Echo lineup. However, at the time, the report cautioned that Apple's early efforts do not guarantee that a finalized product will be released.

The report said Apple's smart home device would be able to control appliances, locks, lights, and curtains through Siri voice commands. It added that some of the prototypes in testing include facial recognition sensors, backed by an earlier CNET report claiming the device could have a built-in camera for facial recognition.

Dickson is best known for leaking various iPhone and iPad parts from overseas sources, such as these iPhone 5c rear casings in 2013, but his latest information supposedly comes from a source directly within Apple, an area where his track record is less established. His sources have proven incorrect at times.

Article Link: Apple's Echo-Like Smart Speaker With Siri and AirPlay Could Debut as Early as WWDC

Would be awesome if this was a combined mesh Airport type of device so you could put a few around the home for Siri and wifi coverage.
Reactions: Jd3774life, scapegoat81, EvvieLynn and 22 others
A

Is Airplay still actually a thing? Airplay and Siri what could possibly go wrong?
Reactions: sbpax, ds2000, Vanilla35 and 12 others

It could be interesting as long as it ties into HomeKit straight out of the box. It's just a shame that Apple seem 2nd or 3rd to market with anything "new" these days. "...Innovate . . . My ass" if I may paraphrase someone!
Reactions: itsamacthing, robotica and tongxinshe

profets said:
Would be awesome if this was a combined mesh Airport type of device so you could put a few around the home for Siri and wifi coverage.
Click to expand...

Wondered what took them so long
Reactions: HJM.NL and tongxinshe

Wonder how she will suggest to search the web without a screen
Reactions: sbpax, Sital, ds2000 and 32 others

Can't wait for Siri to be just as useless in my living room as it is on my phone! Can't innovate anymore my butt
Reactions: sbpax, Amstrman, Gusjasso and 19 others

This is a space Apple really needs to get involved in, but is Siri going to be good enough by WWDC? I get that they could announce some big upgrades to Siri—but would those be available immediately to all users through a server-side upgrade, or would we have to wait until iOS 11 in September? Or would this device get those upgrades first? I also hope it doesn't have Beats branding on it. It's an Apple device using Siri that connects HomeKit and your devices together, not Beats. They also have to be careful about pricing. If it's too high, Amazon will have a significant advantage in places like hotels that are buying in bulk.

What would be interesting is if they release their own device, but let MFi partners build Siri support into their devices as well. The Ecobee thermostat recently added Alexa to the newest model, which I'm not thrilled with. I mean, it doesn't just support it—it's actually a fully functioning Alexa device that you can talk to. It would be neat if Apple allowed companies to do the same. They would just need to be a part of MFi and meet minimum device requirements for microphones, speakers, interface, etc. Apple could write it all up into the licensing like they do for their HomeKit and it's security requirements. This could allow for lower price points, deeper market integration, and more devices awaiting instruction located throughout the home.
Reactions: Vanilla35, scapegoat81, hagar and 2 others
W

So they dump routers, and start making echoes? Absurd. Who wants this? Why not just use the phone/watch you always have on you? What am I missing? I'm a pretty big fan boy but this won't be on the Christmas list.
Reactions: Gusjasso, Vanilla35, DoctorTech and 8 others

Well hopefully this is the start of Siri being improved
Reactions: scapegoat81, ignatius345, hagar and 1 other person

1) This will be a distant 3rd (at least in functionality) behind Amazon and Google for a while (and probably forever). It's just not in Apple's wheelhouse. Because of cult like following it might do as good (or better) in terms of sales... at least temporarily.

2) Where is Microsoft's? My understanding is that Cortana is better than Siri

Edit: Siri was 1st to market (of the big 4 I reference above), and quickly lagged behind. Now they will be 3rd to market with a standalone device. I'm not sure why Siri would do any better. Alexa has the foundation of 3rd party support. Google has all their data and analytics. What does Apple have? Privacy? That's nice, but if it provides a crappy product who cares? I get privacy by living in a bunker with no internet, but who wants to do that?
Reactions: Vanilla35, rbrian, bomberal123 and 3 others

What would it do anyway, would it be limited to music? Or would you be able to say things like "set my alarm for 6am tomorrow morning" if it's limited to just music then no I use my iPhone along with my Airpods for that.

That's fine, Apple. However it would have to be really amazing to displace the Echos in my house. First, Siri will have to be far better at handling commands and second Siri will need to easily be extendable by third parties. That doesn't mean a walled garden can't be done (most of Alexa's add-on skills are crap) but it has to really reduce the barrier to entry.
Reactions: DoctorTech, ignatius345, rbrian and 5 others
A

Maybe if they put a good mic in it and also license the voice processing software from Amazon it won't be terrible. I get tons of free music with the Amazon Prime membership I've had for years, and has major benefits even without the music part.

For music to come from an Apple device I'd have to pay pay pay, and then pay some more.

And as others are pointing out, Amazon's platform is OPEN and already works with EVERYTHING. My house is becoming completely automated and Apple plays zero part in any of it.

Apple may be too little too late here.
Reactions: Vanilla35, DoctorTech, duncansby and 4 others
P

Rob_2811 said:
Is Airplay still actually a thing? Airplay and Siri what could possibly go wrong?
Click to expand...

Yeah, I would've thought W1 for sure. If it works as a W1 bluetooth speaker, with bonus ability to set a timer with Siri, I might have to buy it...

If I can set more than one timer at a time it would be an insta-buy depending on price.
Reactions: LiveM

I have Siri on my wrist everywhere, what do I need an Echo clone for?

(self-answer: I can see the utility of a W1 equipped speaker).
Reactions: Solomani and LiveM

WhoDaKat said:
So they dump routers, and start making echoes? Absurd. Who wants this? Why not just use the phone/watch you always have on you? What am I missing? I'm a pretty big fan boy but this won't be on the Christmas list.
Click to expand...

i miss their routers. High quality and super easy to configure. It's been a godsend for me supporting friends and family wifi networks!
Reactions: Sasparilla and tongxinshe

djcerla said:
I have Siri on my wrist everywhere, what do I need an Echo clone for?

(self-answer: I can see the utility of a W1 equipped speaker).
Click to expand...

you dont take your watch off ever?
Reactions: fidelisimo
D

If it's Beats, will it really have Airplay? So far Apple hasn't figured out how to combine the two.
S

combined with Apple Tv this could be an interesting device - gives it a screen to display info on.

If Apple true to form, it will only play Apple Music, only manage HomeKit devices. No thank you.
Reactions: slu, Vanilla35, DoctorTech and 11 others
A

nwcs said:
That's fine, Apple. However it would have to be really amazing to displace the Echos in my house. First, Siri will have to be far better at handling commands and second Siri will need to easily be extendable by third parties. That doesn't mean a walled garden can't be done (most of Alexa's add-on skills are crap) but it has to really reduce the barrier to entry.
Click to expand...

You beat me to it.
Reactions: HJM.NL, dbri306 and nwcs