Johny Srouji, Senior Vice President of Hardware Technologies at Apple, will speak at Carnegie Mellon University in Pittsburgh next week. 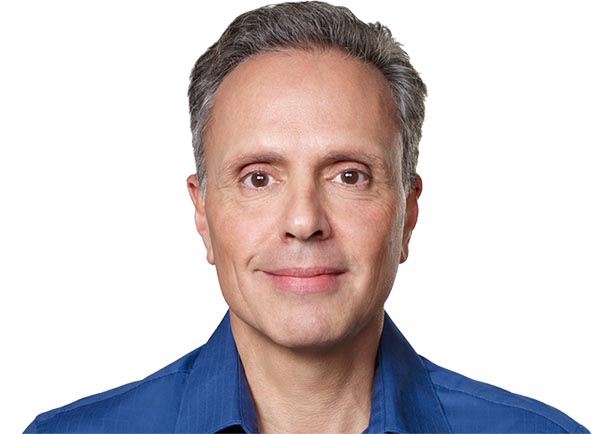 The university's School of Computer Science today announced that Srouji will attend a distinguished industry lecture on Monday, September 18 at the Rashid Auditorium, where he will speak at 5:00 p.m. local time.

Carnegie Mellon didn't reveal what Srouji will be talking about, but at Apple, he leads the team responsible for custom silicon and hardware technologies like batteries, storage controllers, and application processors, including its new A11 Bionic chip in the iPhone 8, iPhone 8 Plus, and iPhone X.

An excerpt from his executive profile on Apple's website:

Johny has built one of the world's strongest and most innovative teams of silicon and technology engineers, overseeing breakthrough custom silicon and hardware technologies including batteries, application processors, storage controllers, sensors silicon, display silicon and other chipsets across Apple's entire product line.

Johny joined Apple in 2008 to lead development of the A4, the first Apple-designed system on a chip. Prior to Apple, Johny held senior positions at Intel and IBM in the area of processor development and design. He earned both a bachelor's and master's degree in Computer Science from Technion, Israel's Institute of Technology.
Click to expand...

In a recent interview with Mashable, Srouji revealed that Apple began exploring and developing the core technologies in the A11 chip three years ago, when the iPhone 6 and iPhone 6 Plus launched with A8 chips.

imagine if jony + johny announced their retirement at the same time...

Interested in ARM's DynamIQ bringing L3 Cache in mobile. So, will it come next year or 3yrs from now from Apple?

Someone could ask him, why the minimum $999 iPhone (only in US though) doesn't come with fast-charging compatible adapter & cables.
Last edited: Sep 15, 2017

I recognize this... what is this in reference to?

v0lume4 said:
I recognize this... what is this in reference to?
Click to expand...

Apple silicon team is legendary! I really want to drive to Pittsburgh to listen to this talk!

Curious, how does Samsung's latest processor compare spec wise?
B

Not very favorably. The one used in the US version of the Note 8, the Qualcomm 835, is just catching up to the A10. If you mean Samsung's own chip (not used in the American Note 8 or S8) the Exynos 8895, it seems to be give or take about the same as the 835. And again, behind the iPhone 7's A10 in most things. Of course, it's hard to separate the processor from optimization and efficiency of the OS. My guess is Apple is ahead in both.
It's not like you'll find general usage of either phone/chip to show a big difference- but just about anything that needs a progress bar while the CPU cranks away shows how far ahead Apple's chips are.
Reactions: EdT
N