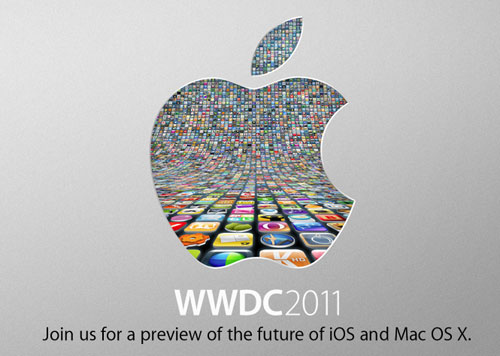 Electricpig.co.uk reports that Apple's UK iPhone PR team is approaching journalists from major publications to fly out to the event in San Francisco next month. Apple's WWDC is kicking off on June 6th which typically opens with a keynote address. Apple has yet to officially announce the keynote, but it's certain to happen.

Now, Electricpig claims the "obvious" conclusion is that Apple will be announcing some new iPhone, though we think that's far from obvious. Apple has already said they will be highlighting the future iOS and Mac OS X during WWDC, so we expect iOS 5 to take center stage.

I think we will see the new iPhone. After last year I think Apple has done a better job of keeping the leaks out. They have announced the latest iPhone every June thus far so why not now. You have to go with history. The white iPhone 4 doesnt count as a new phone!! Waiting a year and a half is too long between updates!

vnowarita said:
Waiting a year and a half is too long between updates!
Click to expand...

Maybe, but 15 months isn't a year and a half. It's still looking like September, as disappointing as that is for some folks.

If Apple does indeed release the iPhone 5 at WWDC, it will be the best kept Apple secret in a while. They have pointed to a September release with the rumors being leaked. I, for one, would be surprised if Steve has "one more thing" in store.

It seems obvious, at this point, that iOS will be the premier upgrade this year, with a 4G iPhone being center stage next year.
Last edited: May 25, 2011
J

hmmm...could it be that deals with uk record labels and publishers have been dealt with faster, and uk might get cloudmusic sooner than US, just a theory

Not a thing as too much Press heh?
Maybe they will invite Gizmodo again...

Ive been thinking for a while that Apple may have started these rumors about an iPhone in September just to keep the leaks out for the June launch.
F

Love this scenario, love my 2 year old 3GS but new contract is shouting for new iPhone.... 2 years is a long time!
J

Can everyone please stop saying 'reaching out to'?
J

bboucher790 said:
If Apple does indeed release the iPhone 5 at WWDC, it will be the best kept Apple secret in a while. They have pointed to a September release with the rumors being leaked. I, for one, would be surprised if Steve has "one more thing" in store.
Click to expand...

It'll be a boring keynote if all it's about is iOS...another collection of Apples favourite developers playing their latest games...yay (not)!

WWDC is a DEVELOPER's conference, not something for the majority. The keynote tries to be less technical than the rest of the conference because of all the media in attendance.

Normally, new software is introduced to developers at the event. This is usually in BETA with a full release in the future. (If iOS 5 was released on June 6, what use is it? It'll probably be very buggy because nobody outside Apple has tested it, and there will be no software that uses it's new features. It makes no sense not to give it to developers first)

Can everyone please stop saying 'reaching out to'?[/QUOTE]

Amen to that!
I

jowie said:
I agree. iOS 4.0 came before iPhone 4 was announced, didn't it?
Click to expand...

If I remember correctly: they were announced at the same time, at WWDC 2010.
T

^There was a pre-WWDC event in April announcing iOS 4.
G